Solving Southern Reservoirs Has Been Key For Buck 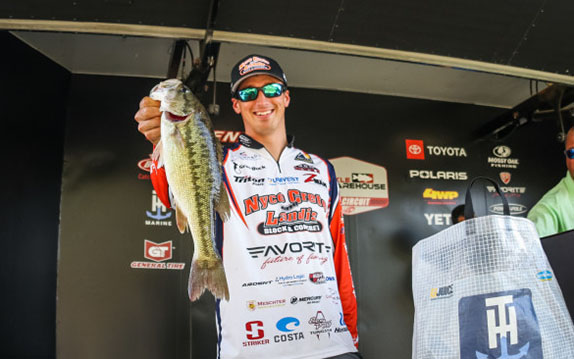 Grae Buck has finished no lower than 52nd in any FLW Pro Circuit event this year.

Take a look at Grae Buck's four-year record as an FLW Pro Circuit competitor and you'll see a bunch of triple-digit finishes from big bodies of water in the southern portion of the country. There are no such Dixieland disasters on his 2020 ledger, however, and that's why the Pennsylvanian finds himself among the top 5 in the Angler of the Year race with two regular-season events remaining.

Buck will enter next week's Super Tournament at the Mississippi River in Wisconsin at No. 5 in the AOY standings, 62 points behind leader Ron Nelson. That gap and the fact that there are three other anglers (Jon Canada, John Cox and Spencer Shuffield) between him and Nelson make winning the points crown unlikely, but that's not his primary concern.

"It's (Nelson's) to lose at this point and my goal is to stay where I'm at or move up," Buck said. "I'm not going to do anything different than what I've done for any other tournament – I'm not going to lay up or swing for the fence.

"I've based this whole year on trying to be consistent and I've done that. I haven't made it to a day 4 yet, so I would like to do that."

Buck's best finish to date on the final Pro Circuit points list is 53rd, which he achieved last year. He's a shoe-in to qualify for the this year's TITLE championship, which will feature the top 50 points-earners in an MLF-style tournament sAug. 24-29 at Michigan's Sturgeon Bay.

He's finished no lower than 52nd in any of the four Pro Circuit events so far this year, all of which took place below the Mason-Dixon line. He was 28th or better in three of those.

He also made the cut to the final day at the Bassmaster Classic on Lake Guntersville, one of the most iconic of southern fisheries. He qualified for that event via his win in the 2019 Oneida Lake Eastern Open.

"The biggest thing for me is I'm starting to get comfortable down south," he said. "My first year on the Pro Circuit, I'd never fished south of Virginia and I didn't know anything about how to break down a giant reservoir like a TVA lake. I've learned as I've gotten more experience and it's coming together now.

"I needed to learn how to practice on those reservoirs. They have creeks coming into them that are bigger than a lot of the places I was used to (with the exception of the Great Lakes). I'd stick in one area too long and I didn't have the confidence to fish new water in the tournament. Now I've learned to build off what I find in practice and go catch them somewhere else if I need to.

"It's also nice to have a couple of confidence baits you can lean on when you need a bite," he continued, noting that a Z-Man Evergreen ChatterBait JackHammer and a Ned rig fill that role for him."

Buck competed at the Mississippi River as a rookie in 2017 and finished 128th. He said he was a victim of circumstances at that event and expects a far superior result next week.

"I'm a guy who never has a good practice, but that was probably the best practice I've ever had in my life," he said. "The problem was 100-percent weather and my lack of adjustment. I did okay the first day and I was like in 40th place, but then on day 2 I just bombed.

"I'm very comfortable in that sort of place that has milfoil and also has a lot of current like the tidal waters. It reminds me a lot of the Chesapeake Bay and the Potomac River."

He said he was a bit disappointed this week when the TITLE championship was relocated from the St. Lawrence River in New York due to coronavirus restrictions, as he's highly familiar with that prolific smallmouth venue.

"Making that championship was my whole goal for the year, so when it got moved I was a little bummed. But at least it's on another smallmouth fishery, so I'm okay with that.

"I was afraid they'd put it on Guntersville or somewhere like that and I'd have to go battle a bunch of guys who ledge-fish way better than I do."

> Buck and his wife Jess were both members of the bass fishing team at their alma mater, Penn State University. She still fishes some club tournaments, but rarely travels to Pro Circuit events due to her job as a manager for the conservation district of the county in which they reside. She did travel and practice with him for last year's event at Cherokee Lake, where he finished 2nd. "She likes to take credit for putting me on the fish," he said.

> The season's final Super Tournament (Aug. 11-14) was moved from the Detroit River to Lake Erie out of Sandusky, Ohio, also due to coronavirus-related issues. "I'm excited to go there because I've never fished that part of Erie," he said. "I like fishing for smallmouth when the waves get rolling – that sets them up on the drops and current breaks and stuff like that and you can really whack 'em." 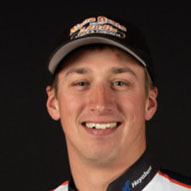