BACK
No Tournaments In '20 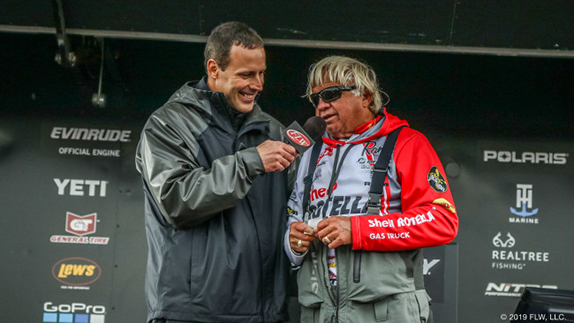 Jimmy Houston is taking 2020 off from tournament fishing, but that doesn't mean he won't return at some point in the future.

America’s favorite fisherman is taking a break from tournaments – for now.

Jimmy Houston, the affable Oklahoman still armed with his signature mop of blond hair and that unmistakable laugh, says his decision to not compete on the FLW Pro Circuit in 2020 is by no means a sign that he’s retiring from competition.

“Heck no, man,” Houston said last week. “I might not ever fish another national tournament, or I might fish another one next year. It’s definitely not a retirement. People have been using that word, but not me.”

Houston, 75, said his hiatus may be for a year, maybe longer.

Houston is as energized and sharp as ever. Last week, he worked the International Sportsmen’s Expo in Denver on behalf of O’Reilly Auto Parts, one of his major sponsors. While doing a phone interview, Houston stopped to visit with numerous fans and posed for photos and swapped fishing stories.

Houston admitted some of his sponsors “were not thrilled” with his decision while others can now pencil him in to work at additional shows and corporate events. Houston said he’ll do upwards of 100 personal appearances at events this year, evidence that while his tournament career may be slowing down his role as an ambassador for the sport has not waned at all. His vibrant personality and folksy demeanor are still in high demand.

“That’s the thing that amazed me,” he said. “When I looked at my 2020 schedule, I said to my wife, ‘How did I ever have time to fish seven tournaments a year before?’”

Houston said he arrived at the decision to not compete in 2020 late last year. He attended the Garmin Marine Summit in early December and said he made his mind up on the drive from eastern Oklahoma to Garmin headquarters in Olathe, Kan.

In past years, FLW Tour anglers were allowed to practice with an immediate family member, provided that person had also observed the off-limits period and procedures. For 2020, FLW added a line to Rule 6 of the FLW Pro Circuit rules that reads, “Under no circumstance may a person accompanying a pro on tournament waters fish or assist with locating fish.”

Houston said that rule would prevent him from continuing his custom of practicing for a tournament with his wife, Chris, an accomplished angler in her own right.

“With FLW being bought by MLF, that’s what caused the rule to be in place,” Houston said. “Rules are rules. I have no problem with it.”

Houston also revealed that he nearly accepted an invitation to compete on the Bassmaster Elite Series in 2019. Houston won two B.A.S.S. Angler of the Year titles and would’ve been eligible for a spot in the field via a Legends exemption, however, Elite Series rules against having a non-competitor in the boat during official practice ultimately nixed Houston’s comeback to the organization where he competed in 246 tournaments, including 15 Bassmaster Classics, between 1968-2006.

“I talked to B.A.S.S. at length about it,” Houston said. “We’ve practiced together since we were teenagers. It may sound like an easy deal – fish for three days and then the tournament starts. After one or two tournaments, it would get pretty boring for me and it would be a bad deal for her. After a couple events of her sitting in a hotel, she wouldn’t dig that.

“The main reason I fish tournaments is because I enjoy it. I love the people and competition and lakes we maybe haven’t fished in several years. All of that was still fun to me, but I could see that fun not happening because of that.”

Houston said he got a taste of a tournament without Chris at the end of the 2019 FLW Tour season. He had driven his boat to Plattsburgh, N.Y., for the Lake Champlain season finale, then left town for a sponsor obligation and returned in time for competition. Without any practice at all, he finished 162nd, his third straight triple-digit result to close the season.

“I hated that tournament,” he said.

It was a downer of a way to end a season that started with a good bit of promise. Houston cashed checks in three of the first four Tour events in 2019 and was 30th in the points standings. Matching 128th-place finishes at Cherokee Lake and Lake Chickamauga prior to Champlain thwarted his run at a second career FLW Cup berth.

In between all of his obligations and travel, Houston said one of his priorities in 2020 will be growing his social media audience, especially on YouTube. Currently, he posts a daily Catch of the Day! video, which includes a Bible reading, a fishing tip and some anecdotes. His goal is to post 500 new videos to his YouTube channel this year alone.

“I’m still working awfully hard at this game,” he said.

Houston said the experience left an impression on him and has him wondering if it could be a sign of things to come.

“If MLF came to me last year and said 'We're adding some legends,' I’d sure talk to them,” he said. “Personally, I think it’d be a good deal.” 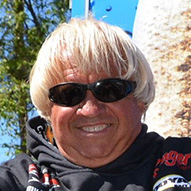