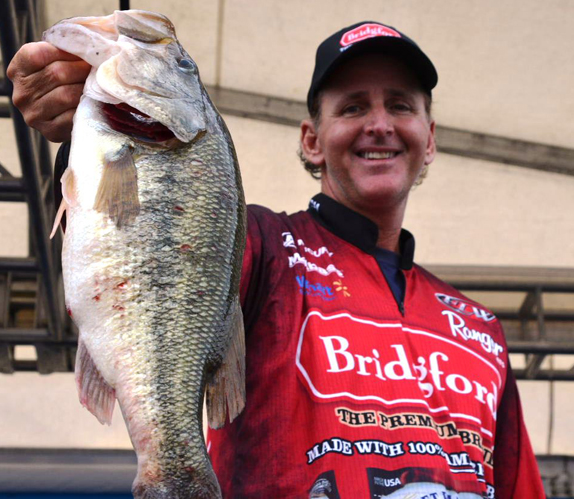 > Editor’s note (updated 10 a.m. EST, Feb. 11, 2016): Randy Blaukat confirmed to BassFan after publication of this article that Michael Neal was not among the boaters he witnessed drive through the flocks of birds. Blaukat wanted to make clear that there was no correlation between his post on Facebook and FLW’s posting of a video depicting Neal’s boat colliding with a bird during the tournament.

Randy Blaukat, a long-time touring pro who now competes on the FLW Tour, is calling for the disqualification of several of his competitors from the recently completed Lake Okeechobee FLW Tour event for conduct he called “disturbing” and “evil.”

Blaukat alleged Tuesday morning in a strongly-worded post to his Facebook page that he witnessed several anglers driving at high rates of speed through flocks of coots last Thursday and Friday with apparent disregard for the birds.

During the first and second day of the FLW event on Okeechobee last week, I witnessed some very disturbing....and in my...

It’s not often a tournament angler publicly calls out competitors for what is perceived to be a rule violation, but Blaukat felt strongly enough about what he witnessed that he couldn’t remain silent.

“If I’d have caught up to them I’d have reamed them out,” Blaukat said. “It made me sick.”

Blaukat declined to identify the anglers he witnessed driving through the flocks and said he did not bring his concerns to the attention of FLW Tournament Director Bill Taylor at the time because he felt nothing would be done.

“He was busy with other stuff,” Blaukat said. “I have mentioned something in the past, but it gets swept under the rug. This is not the first time I’ve brought it up.”

An FLW communications official denied Blaukat’s claim that his previous mention of the issue was ignored.

“Tournament Director Bill Taylor addressed it with the angler in question and felt the incident was unintentional,” the official said in an email.

Blaukat said he fished hydrilla mats on the north shore during the first 2 days of the tournament and coots were common in the area because they feast on the vegetation and other small aquatic animals. He said he noticed competitors driving at high speeds through the area in practice. Once the competition began, it continued.

“I take my time and drive slower than most people,” Blaukat said. “Other guys were passing me and I noticed three or four running ahead of me and I saw a couple flocks of coots up ahead. Nobody slowed down and avoided them. It was like they were running through a swarm of mosquitoes. It was just disgusting. It made me sick. If I was tournament director, I’d have DQ’d every one of them.”

On Sunday, FLW posted to its Instagram page a graphic video purportedly taken on Saturday from a camera mounted on the windshield of angler Michael Neal’s boat. The caption read “@michael.neal_ may have had a few coots get in the way while he was headed for the the (sic) bass on day three of the @walmart FLW Tour presented by Ranger on #LakeOkeechobee. #GoPro #SloMo #flwtour #flwfishing”

The 15-second video, published in slow motion, showed one bird narrowly missing the top of Neal’s trolling motor before another bird collided with his depth finder unit and slammed into the dashboard, obscuring the camera’s viewfinder. It's difficult to tell how fast Neal was going and it's hard to determine how many birds were in his vicinity.

The video was deleted from Instagram on Tuesday after BassFan contacted FLW about the issues raised in Blaukat’s post. Blaukat said he was unaware of the video’s existence prior to publishing his comments.

FLW issued the following statement via email about the video on Tuesday:

"FLW certainly does not condone anglers intentionally harming wildlife in any way. Unfortunately, sometimes these things are unavoidable, especially in low light conditions or in rough water. Our only intention of posting the video was to show another element of what anglers deal with on the water. We have removed the video and apologize for any distress it may have caused."

When reached by BassFan on Tuesday, Neal issued the following written statement:

“I have been fishing my whole life and professionally for 5 years now. I have never had a coot come into my boat that I had hit until this past weekend. I would never go out of my way to intentionally harm an animal for any reason. Not only would it be wasting a life, but it would also be endangering myself as well as anyone else that is in the boat with me. Having an object such as a coot hit someone in the head at 70+ mph has the potential to cause serious injuries.

“The video was never posted by me, nor did I think that it was humorous. I liken this situation to driving a vehicle. Most people that have experience driving a vehicle have hit an animal at some point completely unintentionally. Certain situations arise to where there is simply nothing we can do to avoid the collision. It concerns me that another angler would put down on fellow competitors knowing the circumstances surrounding the incidents. Between the high winds, big waves, and being forced to run through small, narrow paths inside the tall reeds just to be able to get around, there were many other safety issues in the Okeechobee tournament. He questioned the intelligence of all his fellow competitors by calling us ‘idiots’ and ‘ignorant’ in his social media post. For him to believe that anyone would purposely put themselves as well as those riding along (co-anglers or cameramen) in danger to senselessly kill a bird in my opinion is ‘ignorant.’”

What Can Be Done?

Coots are common across the southeast and anglers encounter them frequently. According to the Florida Wildlife Commission, coots are classified as migratory game birds and are protected under federal law. According to FWC regulations, “No person shall kill or cripple any migratory game bird without making a reasonable effort to retrieve the bird, and retain it in his or her actual custody, at the place where taken or between that place and either (a) an automobile or principal means of land transportation; or (b) a personal abode or temporary or transient place of lodging; or (c) a migratory bird preservation facility; or (d) a post office; or (e) a common carrier facility.”

While FLW does not have a specific rule pertaining specifically to how boaters should drive when encountering waterfowl or other birds, matters such as this would be covered under FLW Tour Rule 9 regarding sportsmanship. Blaukat believes it’s time for something to be spelled out in black and white.

“This is a sport that cracks down on all this other little stuff, but here’s something that gives us such a bad look,” Blaukat said. “At our meetings, we’re told all about the punishment for being caught without a license, but it’s never mentioned about purposely running through flocks of birds. It should be a rule at every Florida tournament.

“I get that once in a while a few will come out of nowhere, but I’m talking about guys who run straight through flocks of 200 on the water. It all has to do with intent and that can be monitored by co-anglers or other competitors.”

Blaukat said the tournament directors for FLW and B.A.S.S. have the power to bring awareness to this issue before each event.

“All Bill Taylor or (B.A.S.S. tournament director) Trip Weldon would have to do,” Blaukat said, “is get up at the meeting and say, ‘If we hear or see anybody running through birds without attempting to avoid a collision, you’ll be DQ’d.’ It’s never been brought up one time.”

FLW confirmed the issues will be addressed at future pre-tournament meetings to “remind anglers intentionally running through waterfowl will not be tolerated.”