BACK
Change In Mentality 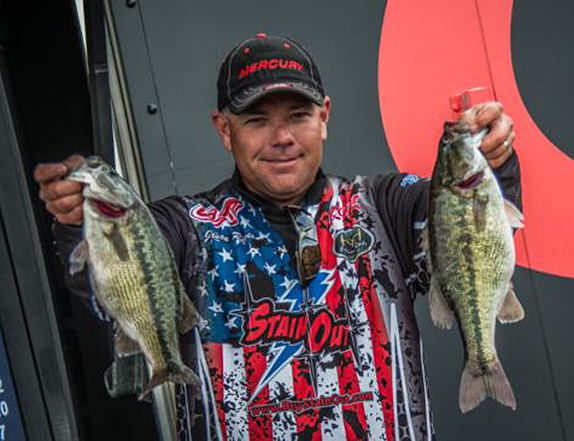 Jason Reyes is anxious to improve on his past finishes at Lake Okeechobee and Lake Hartwell.

Jason Reyes wants to make one thing clear. For him, the 2016 FLW Tour season is all about revenge.

Coming off a strong 2015 that saw him cash checks in five events and qualify for the Forrest Wood Cup, the Texas pro will kick off the new year hoping to carry that momentum over as he seeks a measure of redemption at the first two stops on the schedule – Lake Okeechobee and Lake Hartwell.

This season, he’s aiming to change that and he feels that he’s started to understand why he’s not performed better at either place in the past.

“I’ve put a lot of time and thought into the whys and I can make up 1,000 excuses if anyone wants to listen,” he said. “It’s a personal battle on some of these lakes for me to overcome the obstacles they’ve presented for me. I invite that now.”

Rather than spin a yarn about why the two lakes have had his number, Reyes began the process of analyzing his struggles last year and his introspection paid immediate dividends.

Last season started with tournaments at Lake Toho and Lewis Smith Lake, both similar venues to Okeechobee and Hartwell. He wound up 26th at Toho (his best finish in Florida as a Tour pro) and posted a career-best 3rd at Smith to set the tone for a successful season. He said the turnaround was rooted in his mental approach.

At Toho, he went into the event with a slower-is-better mentality and it proved to be a breakthrough performance for him.

“I was able to put myself in grind mode and pick areas and be selective on where and how I spent my time,” he said. “Smith, being a lot like Hartwell, I did the same thing. I just learned from my mistakes.”

He caught roughly the same weights the first 2 days of practice at Toho and used the final day to build a game plan in a smaller area where he could employ a few techniques he was comfortable with.

“I really picked apart areas rather than make 10 or 12 throws and start to wonder and then get to trolling too fast,” he added. “It was all about really believing in the area I’d found. I knew I might catch five for 8 pounds by 10 a.m. and then start to wonder, but then those 12-inchers started to turn into 3- to 5-pounders.”

By the time he pulled out of the parking lot at Smith Lake, his confidence was restored and it set the stage for the rest of the season.

“It really did,” he said. “Going into that one, Smith was a revenge lake for me as well. I hadn’t cashed a check before. I’m learning more about the mental side of this game the longer I play it. You have to get mad at the lake sometimes and you have to realize you have to do things a little different.”

When Reyes thinks about Okeechobee, he sees a lake that should suit his style to a tee. It’s a shallow lake teeming with vegetation. To him, it feels like home, but it’s treated him like an unwelcome visitor each time he’s competed there. He hopes to tap into his Toho success when this year’s Tour schedule kicks off at Okeechobee in 2 weeks.

“Okeechobee is like a cruise ship for me,” he said. “It has everything I could ever want being that I grew up in Texas, but there are guys from Texas who fish hydrilla who have struggled there as well. I’ve learned a lot about what I’ve done wrong and it’s usually on the way home. You just have to treat it different from any other grass lake. Even though I feel like I fish slow, you have to slow down even more and manage your time properly. I’ve caught myself jumping the gun on certain techniques and then the spinout starts. Controlling the spin is what’s important.”

Likewise, he thinks his fate at Hartwell will hinge on how well he applies what he learned at Smith Lake.

“My eyes have been opened up as to how to catch those suspended fish,” he said. “I’ve learned a ton by realizing you have to push and push a certain technique on those lakes as opposed to a place like Kentucky Lake where something can happen quick if you change it up. You have to pick your battles. Honestly, I’m more fired up about Hartwell than Okeechobee as far as revenge. It sets up great for me. I like to finesse and power-fish, but I’m not a big runner and gunner that’s going to hit 50 or 60 spots a day.”

He also says he’ll try to block out the dock talk about what’s catching fish. That got in his head a couple times at Hartwell before.

“I got involved in 'you gotta throw this or throw that,''' he said. “One example is the Fish Head Spin. That’s just not my gig. I’m not going to say I don’t have it in the boat, but I’m going to push what works for me.

“With Okeechobee being a wild card because you never know if it’ll be smash-fest or an average-weight deal, I’d like it to be like last year and be there for a Cup berth,” he added. “I can’t have a bomb at the beginning of the year and then be trying to get out of quicksand all year. Top 50s (at both) would be a realistic goal. I think that’s very critical.” 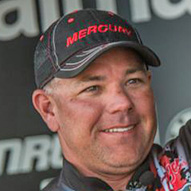