Stone Rolls Away From Tour Toward Family, New Job 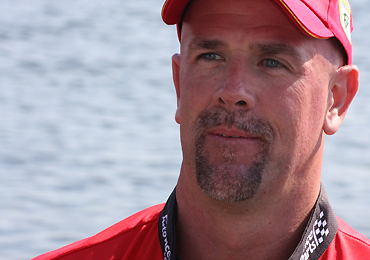 Marty Stone says he chose family over pro fishing, and at the end of every workday when he sees his wife and two kids, he knows the choice was right.

Marty Stone's Bass Cat is parked in the garage. It's been parked there since he got back home last June from the Ft. Gibson Bassmaster Elite Series in Oklahoma. It hasn't moved.

He went out and touched it the other night – ran his hand along the siderail and tinkered with a little bit of tackle. In his mind, he could see the boat traveling the roads of America once more. But in his heart,

he knew his biggest adventure was a few steps away – the door that takes him back into his home, where he's husband to Robin and father to 13-year-old son JT and 7-year-old daughter Riley.

So there's no second-guessing his decision to retire from the sport at the age of 45. There are difficult days, he said, and more ahead. The first Elite Series weigh-in will be a tough one to watch. But the boat still gathers dust as he drives off each day without a trailer to a new career.

"I decided to retire the week after Thanksgiving," Stone told BassFan in an exclusive interview. "My wife Robin and I – we prayed about it a lot, laughed a lot, cried a lot – but it was time for me to retire. This would have been my 20th year of competition. I've been married going on 20 years. I've got my son JT who's 13, and my daughter Riley who's 7.

"I love what I did – fishing the tour – but people who knew me real good know that it tore me up the last couple years to leave the kids. I'm just not willing to miss any more. That's the only reason I retired."

In the time since he parked his boat, he became assistant coach of JT's travel baseball team. The group of kids, which had never played together before, rose through the season to be No. 1 in the state and 15th in the nation, and Stone said he wouldn't take a million dollars in trade for that experience.

"I really feel like I could compete for another 10 to 12 years, but then the next thing I knew, Riley would be 17 and JT would be 23," he added. "I'd be 30 years into my marriage. My wife deserves better. The kids need me there more.

"We all sat down together this fall three different times. We have a pretty open relationship and I asked them, 'You know, if dad wasn't that bass-fishing guy, would you guys be good with that – if I stayed home?' The answer was always the same, but the kids got more excited each time and kept saying, 'Dad, we'd love to have you home.' When you leave for the road and look into their eyes and they're all tears – I've taken up enough of their time. Now it's time to get back with them. No matter what you do, it eventually comes to an end and there has to be another chapter. I'm looking forward to chapter 2."

The toughest day so far, Stone said, was the day he called all his sponsors with the news. Another was when he called Jerry McKinnis and the two spoke at length. Yet another tough day was Tuesday, when the 2011 Elite Series field went public, and for the first time in 14 years, his name wasn't there.

There's anxiety. There's what-if. He leaves the sport with two tour-level wins, 15 Top 10s, four Bassmaster Classic and three FLW Tour Championship appearances, but no major titles. He made his memorable Angler of the Year run in 2005 and finished just short of Aaron Martens under a revised points system (he would have won the title if the previous-year system was used).

But for Stone, each what-if fades quickly behind the vision of what is.

"When you see that Elite list, and it's the first time in 14 years your name's not on it, it's hard stuff to swallow," he said. "Now I understand why some athletes have a hard time knowing when to say when. But every time I have one of those hard days, I come home and my girl comes and jumps into my arms and it makes all the sense in the world."

A New Kind of Sell

Stone's the first to admit that over the course of his pro career, he was much more successful within the business of pro fishing than within competition and statistics. He regularly landed high-flying title sponsors, and at times, it seemed there was no more room on his shirt for a logo.

And more recently, he functioned as a regional sales rep for Bass Cat Boats. 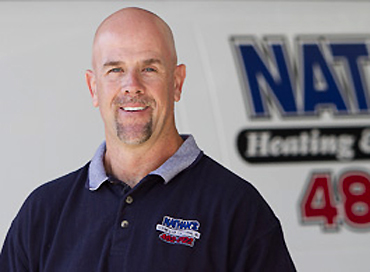 Now he sells heating and air-conditioning products and services for his friend Nathan Hall, who owns Nathan's Heating and Air Conditioning in Fayetteville, N.C.

"If you're a salesman, you can sell anything," Stone said. "And I think if anyone looks back at my career, they'd say I was an above-average fisherman, but the business side – that's where I excelled. Nathan's never had a full-time salesperson, and now I'm the sales manager in charge of all outside sales, as well as ordering products and installs. At the end of the day I go home and see my family. I'm blessed with a great salary, 401K, health benefits – I couldn't ask for a better transition."

Although Stone hasn't wet his boat since June, he does foresee a time when he might show up at a Federation, BFL or Weekend Series event for fun – practice a day, fish the next, then get home to his family. And he'll fulfill a three-appearance agreement with Bass Pro Shops this spring for its Spring Classics.

Plus, he's got the memories and the two trophies and what Sammy Lee told him years ago – that when you've got one of those trophies, "they'll never be able to take it from you."

Perhaps a lasting regret, he noted, was he never made the cover of Bassmaster Magazine.

Yet Stone is mulling a limited return to the business side of fishing. Along with Doug Cox of the Cox Marketing Group, Stone wants to open a professional fishing school. Not a how-to outfit – there's already plenty of "really great instruction out there," he said – but a school about how to succeed in the business of fishing.

For a good price, he's willing and wanting to teach anglers what a good sponsor contract looks like. He wants to teach what he termed "professionalism" in the business end of the sport.

"I've been wanting to do this for 5 or 6 years now – a school in the 25- to 30-guy range presented by myself and Doug Cox," Stone said. "I couldn't do it before because to really teach it, I would've been in breach of a lot of contracts. I would've revealed a lot of the numbers in the sport. When the numbers are kept secret, one downside is that the guys coming in don't have a clue about what's a good rod-and-reel deal, or boat-and-motor deal, or how to attain one and keep it.

"(Pro anglers) as a whole need to do a lot better job of being more professional. Unfortunately in our sport, the numbers are never revealed and it's all speculation. I think they should be revealed. I think it's time for the professionalism in our sport to go to the next level and I think a school like this would help guys. With Doug and I and all our experience combined, I think we could do it."

> Stone leaves the sport at the same time that new ownership steps in at B.A.S.S. Especially interesting is Stone's belief that the "general public didn't really know how close B.A.S.S. was to being done" and that there were "only a few people" who would be able to resurrect it, with Jerry McKinnis at the head of that pack. "Of the bunch, he (McKinnis) is probably the only one who could save this thing," Stone said. "It'll be slow and drawn out, and there are people who won't think it's happening fast enough, but everybody has to look at the economy and realize what the boat-and-motor market looks like, and how the stock market affects non-endemic sponsors." 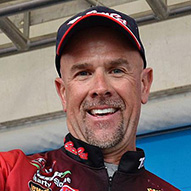