Cox on accident: 'It was scary' 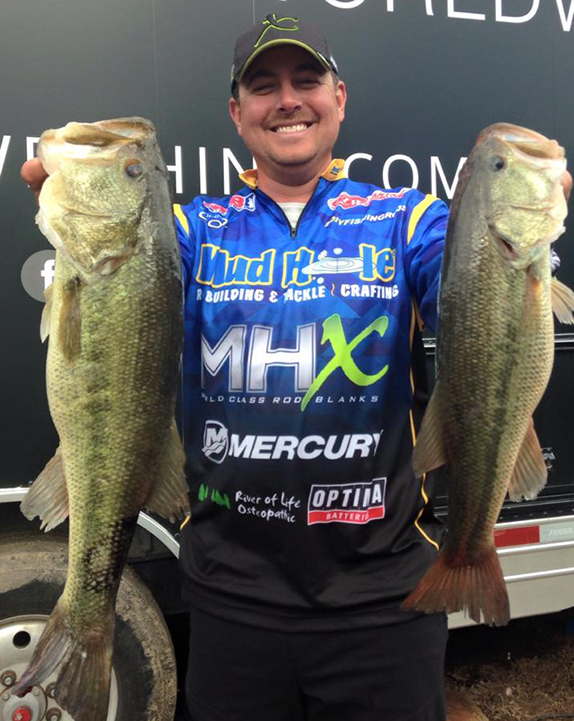 John Cox doesn’t remember hitting the water, but he does recall reaching the bottom of Smith Lake on Sunday afternoon and looking up to see the boat he was supposed to be in go across the surface above him. It was an experience he’d just soon forget.

Cox and his marshal Bryan New were thrown from the FLW-issued Ranger boat driven by Cox around noon during the final day of competition at the Smith Lake FLW Tour. Cox, who came into the final day in 8th place, suffered a gash on his head that required staples and possibly a concussion. Cox also said he almost bit through his tongue. New, who is already nursing an unrelated collarbone injury, suffered a bump on his forehead.

“It was just scary – the whole thing,” Cox said.

Cox told BassFan on Sunday night he was moving to another pocket in the mid-section of the lake to do some sight-fishing and was traveling about 45 to 50 mph when the boat suddenly cut to the left.

Cox and New were launched into the 52-degree water, but their inflatable PFDs did not deploy and they quickly dropped to the bottom as both were wearing their foul-weather bibs and extra layers of clothing. Cox pointed out that may have saved both from suffering additional and possibly more severe injuries. He said the water was approximately 10 feet deep where they went in.

“Neither of our life jackets went off and I think that’s probably a good thing,” he said. “We went to the bottom. If we were wearing regular jackets, it would’ve kept us toward the surface and there’s no telling what would’ve happened when that boat went over us. It was crazy.”

Cox was hoping to capitalize on some largemouths that had moved onto beds Sunday morning. He’d already caught two 2-pounders when the accident occurred.

“I may have been turning left barely and going 50 mph tops when the boat went into a 360,” Cox said. “I don’t even remember hitting the water. I’ve been doing this for a while and the only thing I can describe it being like is when you hit something and knock off the lower unit and then the boat spins.

“We both went in and the boat went over us and we were back by the prop. I’m just happy we both have both of our arms and legs. That was way too freaking close.”

Cox said the kill switch was properly in place and the motor did shut off upon him being ejected. He added that he’s unsure what caused the injury to his head.

“I was groggy as heck and everything was cloudy for about the next six hours,” he said.

Cox said there were two boats behind him when the accident occurred.

“All of them said they couldn’t believe how the boat just instantly spun around,” Cox said. “Even if I went out and tried to turn it that fast, I don’t think it would’ve been possible.”

According to New, the water was slick calm where Cox was running and in his estimation they were “going between 40 and 50 mph, probably closer to 40."

"Anthony Gagliardi had just texted me and I was texting him back and I wasn’t even looking up when it happened," New said. "We weren’t going very fast.

“We were going dead straight and there was no wind, no chop and no waves," New continued. "All of a sudden, my head hit either John’s shoulder or the seat and then I think I tried to come back over to my side, but then it threw me again. I remember John and I both going in (the water) at the same time. I had my phone in my hand the whole time.”

New said by the time he realized his couple years-old Stearns SoSpenders PFD didn’t inflate he was already almost back to the surface. Cox was wearing a new Mustang inflatable PFD.

“When I got back to the boat, I was next to the motor on the passenger side and I got back in and helped John back in,” he said. “Then we just looked at each other and said, ‘What in the world just happened?’”

New said the driver of the chase boat that was trailing Cox told them the rooster tail coming off Cox’s boat was normal and “then all of a sudden it shot up really high like he’d hit something or it was trimmed really high.”

New feels fortunate to have not suffered more than a bump and scrape on his head and that his collarbone wasn’t injured more severely.

After climbing back into the boat, Cox and New idled back to the ramp and Cox opted to end his day early before seeking medical attention. He took a zero and finished 10th.