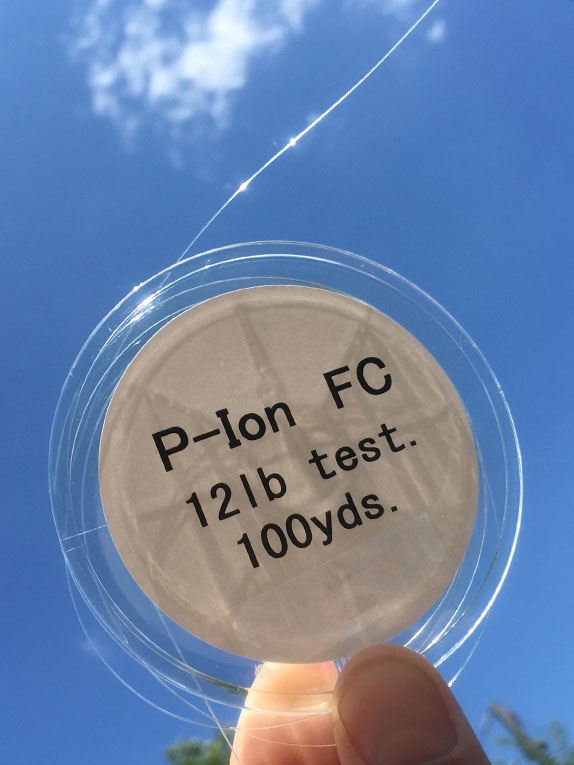 Sunline's newest line is the result of years of research and development in cooperation with a professor at the Tokyo Institute of Technology.

The word ‘CONFIDENTIAL’ was stamped on both sides of the envelope, which was sealed with a gold starburst sticker to emphasize the top-secret nature of the envelope’s contents. After being given the go ahead to open it, we found an information packet and a small spool of fishing line inside.

This wasn’t just any spool of line, though. The label on the spool said ‘P–Ion FC 12lb test. 100yds.’ Nobody had heard of P-Ion before.

The “P”, we were later told, stood for plasma and represented a new frontier in the nylon and fluorocarbon fishing line manufacturing process called Plasma Ion technology. The process used to produce this line had been in development for several years in Japan and it was unlike anything presently being used in the industry.

With the help of a professor at the Tokyo Institute of Technology, this new process has become a reality and Sunline’s new Assassin FC, which will debut at ICAST next month, is the first line to be manufactured with the P-Ion technology.

“I think it’s going to be the most versatile line that Sunline has,” said Elite Series pro Russ Lane. “They have a lot of specialty lines that are great for certain techniques and not what you need for others. The P-Ion will handle any technique.”

Sunline began working with the researcher from the Tokyo Institute of Technology in 2009 to develop plasma-treated fishing lines. Over the next 3 years, Sunline’s R&D department did on-the-water testing to refine the process and gauge the capabilities of the P-Ion technology. 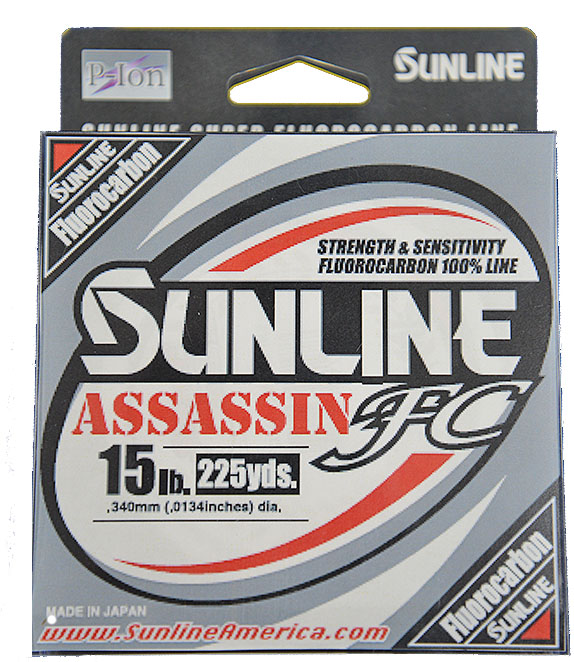 
Assassin FC will be available in six different pound-test sizes and will retail for $19.99 per spool.

In February 2013, Sunline debuted the technology at the Osaka Fishing Show in Japan. Last October, Sunline set sales records for Fine Float, one of its more popular lines overseas, that was the first line treated with the new technology.

The plasma ion, or P-Ion, process alters the line and adjusts the properties in such a way that the line is able to perform better and last longer. Rather than adding a resin coating, the plasma-ion process changes the chemical makeup of the line, making it more durable.

When plasma is introduced to the fluorocarbon production process, the resulting line is 40 percent slicker, 30 percent more abrasion resistant and most importantly, will last 30 percent longer than comparable lines. Sunline’s research showed that after 100 casts, the 15-pound version of Assassin FC retained 25 percent more slickness than another Sunline fluorocarbon line not treated with P-Ion.