BACK
Their Last Shot?

Veteran Ex-Champs Talk About End Of An Era 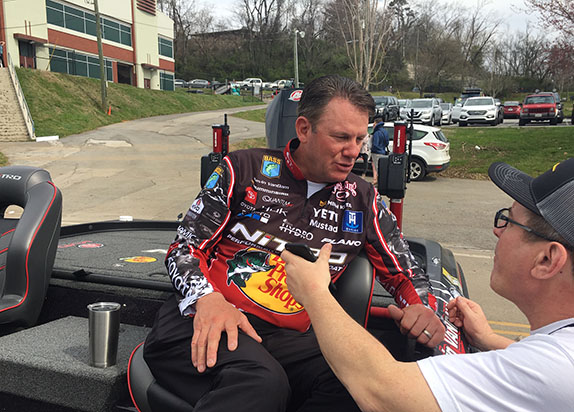 Four-time Classic champion Kevin VanDam said his focus has been entirely on fishing since his arrival in Knoxville, Tenn.

Kevin VanDam figures it'll probably be early 2020 when he fully realizes that the 2019 Bassmaster Classic at Fort Loudoun-Tellico lakes might've been his final appearance in the event that he's won a record-tying four times.

"When it's probably going to get to me is next year during the Classic," he said on the eve of his 28th start in the event. "This year I'm just trying to enjoy everything about it and take it all in, but I'm also trying to win.

"(He and wife Sherry) did a whole series about my past Classic wins and posted it on social media this week, and doing those kind of made me realize the whole significance of it. But since I've been here, I've just been trying to figure out the best strategy and game plan for the event. From a fishing aspect, what do I need to do as the conditions change? And they're changing every minute."

He's one of 36 competitors in this year's Classic who've crossed over to the Major League Fishing Bass Pro Tour, and thus he likely has no avenue into next year's event unless he notches his fifth victory this weekend. The same is true for Mike Iaconelli, Skeet Reese and Edwin Evers – other former champions whose total appearances in the event are in the mid to high teens.

Iaconelli, the 2003 winner who'll be fishing his 19th consecutive Classic (the longest active streak in the field), said that sentimentality is a big factor for him this time around.

"It's hard not to feel that way," he said. "Honestly, I've felt it since the moment I pulled up (to launch his boat) for practice. This is potentially my last Classic, but I hope it's not. Whatever's going to happen in the sport over the next 2 to 3 years, I hope I get an opportunity to fish another Classic.

"It's sad in a way, but there's also excitement and energy. I'm here to do a job and that's to go out there and catch them." 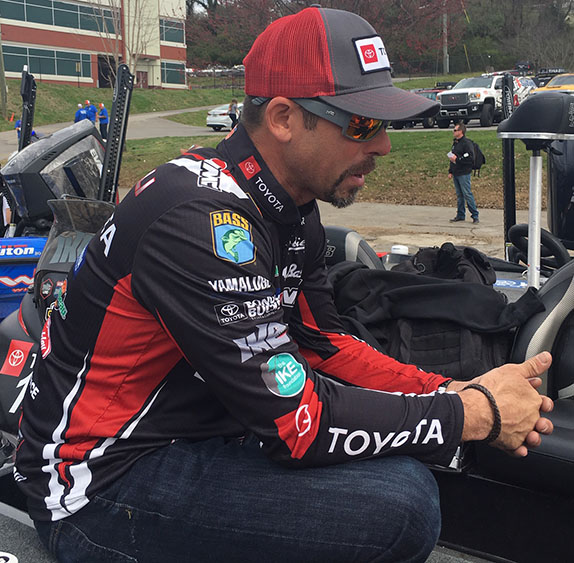 
Mike Iaconelli said it's "hard not to" think about the possibility of this being his final Classic.

He's barely squeaked into the field a couple of times in recent years – once by winning a late-season Bassmaster Open and another time as the beneficiary of another competitor becoming a double-qualifier via an Open triumph after the Elite Series season was over.

"Streaks end – they're made to be broken – and this one was going to end eventually. In a way it's a relief because I'll feel so much less pressure. The feeling that I need to keep it alive is gone.

"The other part to that is my career is on the back 9 right now. I don't want to say I've got one more year or three or five, but I'm surely not going to be out here doing this when I'm in my 70s. I've got a lot of other stuff going on. But still, I'm proud to have had that streak."

Reese, the 2009 champion, said he's gone about things in a different manner this week in Knoxville, Tenn. than he did at past Classics.

"I think I've taken more pictures this week than I ever have, just taking everything in and documenting it a little more because I'm aware that this will probably be my last Classic," he said. "From a fishing standpoint, we all want to win every year, but would it be really cool to win this one? Heck, yeah! It'd be legendary.

"It's hard to tell right now how I'll be feeling at this time next year – I'll cross that road when I get there. Next year's Classic is going to be a lot different than this year and I don't foresee being involved with it. B.A.S.S. will do what they've got to do."

Evers, winner of the 2016 Classic who also triumphed in this year's second BPT event at Lake Conroe, said his thought process this week has been pretty much the same as it's always been for this event.

"My mindset is I'm here to win, just like any of the other ones," he said. "I'm not going to say it's my last one because there's no telling what the future holds.