Rook Decides That 21 Seasons Is Enough 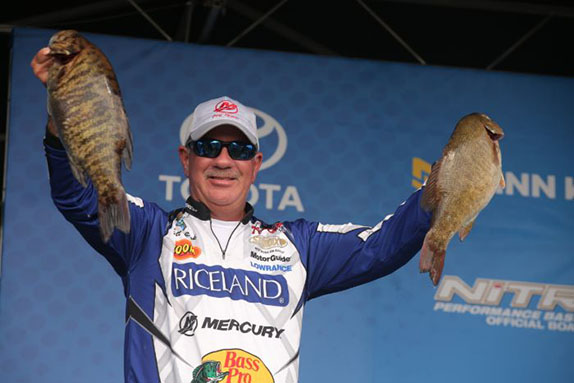 Scott Rook said he made the decision that 2018 would be his final season as a tour-level competitor shortly after the campaign got under way late last winter. Now, after seeing the upheaval the sport is undergoing with the formation of the new Bass Pro Tour (68 former Bassmaster Elite Series competitors will switch to that circuit for 2019), he's even more convinced that it was time for him to call it a career.

"To make a long story short, when you're not having as much fun as you used to, it's probably time to get out," said Rook, who'll turn 58 in January. "The last couple years it's gotten to that point and a lot of it's because of all the traveling you have to do – that's my least favorite part."

He competed on Bassmaster's top circuit for 21 seasons, making nine Classic appearances and winning the 2006 Memorial Major on the Arkansas River in his home state. Never capturing the Classic trophy (he was runner-up to good friend Kevin VanDam in the 2001 edition at the Louisiana Delta) will go down as his biggest regret.

"That was the only tournament I ever really wanted to win," he said. "I got close and I had the bites to do it the year I came in 2nd. But at least I can say that I showed some consistency and I was able to make a living at something I love.

"I wouldn't trade those 21 years for anything – they were a lot of fun – but at some point you've got to step away. I made that decision before all the stuff (with the new circuit) hit the fan, but seeing what's transpired, I think it was a good call."

In a perfect world, the 2019 Classic on the Tennessee River out of Knoxville, Tenn. would've been Rook's final pro tournament. That hope was quashed when he was edged out by Fred Roumbanis in the second-to-last round of the recent Classic Bracket event at stingy Carters Lake in Georgia.

"The reason I postponed my retirement announcement was because I wanted to make the Classic and sort of go out on top," he said. "I had a decent year and I just missed qualifying (via the Elite Series points).

"I'd like to fish another one, but I don't want to run myself into the ground for three or four more years trying to make it. I didn't want to get to the point where I'm in my 60s and I'm burned out and fighting it. The guys who get to that point, the reason they're not competitive isn't because they don't know how to catch fish anymore. They're burned out – you can see it in them.

"When the clock starts on tournament day, I still love that part, and my hands still shake when I've got a big one on," he continued. "But some of the other stuff, especially the travel, isn't fun, and when you're not having fun, you shouldn't be there. You can't compete that way."

Back Where it Started

Rook spent 15 years in the employ of a tackle shop as he was working his way to the sport's top level as a competitor. Now that he's put competition aside, he's gone back to that line of work and is enjoying it immensely.

"A buddy of mine owns a big tackle store in Little Rock (Southern Reel Outfitters) and needed somebody to run it, and he's pretty much handed it over to me," he said. "I've gone to about every tackle store in the country over the years and it's one of the nicest ones I've ever been in.

"It's fun. I get to use all my knowledge of the industry to pick all that stuff (to be sold on the shelves) and we're revamping the website for launch in a few weeks – we're really going to get aggressive with that. We'll be offering the best cutting-edge stuff you can get through the site."

He has no plans to get back into the local tournament scene, but he may fish a Bassmaster Open from time to time.

"I'm sure I'll miss the competition part, but I'm going to step away and not fish anything for a while. What I'd really like to see is for B.A.S.S. to put together a senior tour with three or four tournaments – I think that'd be a great idea and it's something I'd be interested in.

"I know I'm going to miss the camaraderie with my friends and all the other fishermen. The times after the tournament was over and we were hanging at the lodges and motels, that was always a lot of fun." 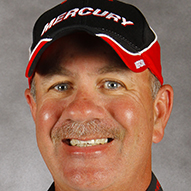