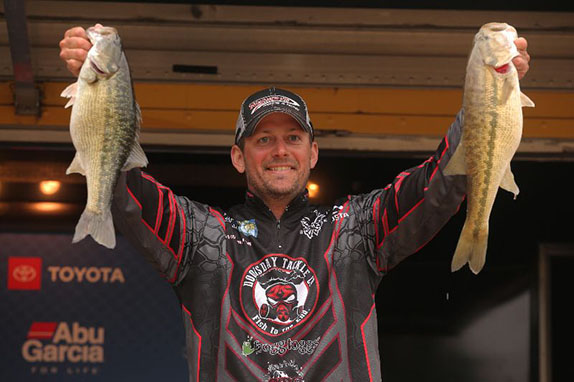 David Mullins wants to win a Bassmaster Elite Series event "so bad that I can't stand it."

David Mullins finished outside the Top 50 in the final Bassmaster Elite Series points standings in each of his first 5 campaigns before breaking through with a 20th-place showing last year to qualify for his first Classic. He's stepped his game up yet another notch this year.

With four fall tournaments remaining on the COVID-altered schedule, he sits at No. 5 in the Angler of the Year race – 42 points behind leader Clark Wendlandt. He's been on a strong run for the past 13 months, with six Top-20 tournament placements and just one outside the upper half of the field (a 46th) in nine outings over that span.

"I don't know if I'm necessarily on a roll, but things are clicking better for me," said the 39-year-old Tennessean. "Before I came out on tour I'd never fished (outside his home region), so a lot of it is just getting some experience on these diverse fisheries.

"It's been a mixture of several things, like in practice I'm getting more of a look at the lake now than I used to. I came to realize that a lot of the places I was getting beat on were places that I never saw, so I'm seeing more of what's available now."

A change in his mentality at the start of a tournament day has also been a factor.

"I noticed going into St. Clair (where he finished 11th last month), I'm approaching it like I'm not really in a tournament, but I'm just going fishing. Everything's a little more calm now in my mind."

Not Thinking Too Far Ahead

All four of the remaining Elite Series events are on Southern fisheries, which typically get stingy and stay that way through at least Halloween. Mullins' only preconceived notion about them at the moment is that they won't be whack-fests.

First up is Lake Guntersville at the end of this month, followed by Santee Cooper and Chickamauga during the first half of October. The season will conclude at Lake Fork in Texas in early November.

"I haven't been thinking about the AOY – I'm just going to take it one tournament at a time and see how it goes. It's the goal of every angler at the start of the year to win the AOY and very few people have done it, but as far as sitting down and really thinking about it, I haven't done that. I'm just worried about how I'm going to catch them at Guntersville at this point."

Let One Slip Away

Mullins may not brood on capturing a points title, but he admittedly thinks often and intently about winning an Elite Series event.

"I want to win a tournament so bad that I can't stand it," he said. "I had the fish on to win at Champlain (where he posted the third 4th-place finish of his career earlier this summer), but I lost them. The only positive I can take away from that is that I know I'm getting closer, but when it happens, it just rips your heart out."

Throwing a crankbait, he farmed one fish in excess of 4 pounds and two others that would've aided his cause on the final day. He ended up 2 1/4 pounds behind winner Brandon Palaniuk.

"I don't think there's anything I really could've done differently. Those fish fight so hard and when they start jumping like that, they're going to throw some treble hooks."

> Mullins gave much of the credit for his strong showing on the northern swing to his Garmin LiveScope unit. "That was a huge help in all of those tournaments," he said.

> He finished 13th in this year's Classic at Guntersville in March. 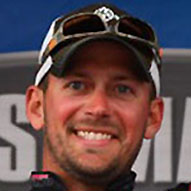