Martens and the mountain lion 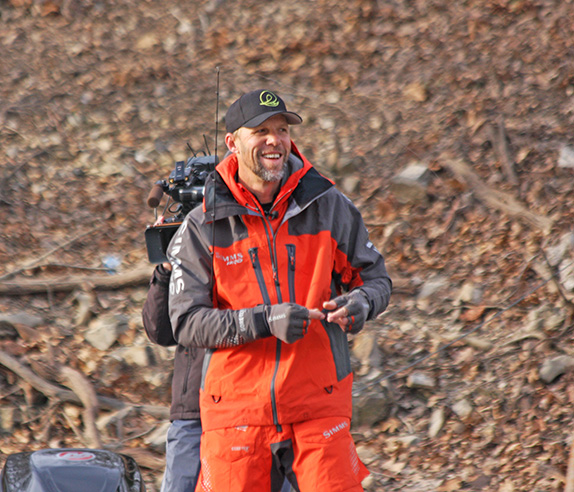 (Editor's note: During this year’s Bassmaster Classic, Aaron Martens made headlines for alerting authorities to a stranded house cat on a bluff overlooking Grand Lake. At a recent media event, Joe Sills of Fishing Tackle Retailer got Martens to open up about another encounter with a cat of a different variety that occurred during his childhood in California.

Aaron Martens was alone in the dark.

And though he didn’t know it yet, the future three-time Bassmaster Angler of the Year was in mortal danger.

“My buddy was 100 yards in front of me,” Martens said, recalling a tenuous encounter with a mountain lion from his teenage days. “I don’t know why I let him get that far in front. I shouldn’t have, but he did.”

The pair was high in the desert mountains above Los Angeles, speeding down moonlit, dirt paths on mountain bikes. The temperature was a dry, 85 degrees. At times, they would hit 25 or 30 miles per hour going downhill. For the two friends, nighttime mountain biking in the California air was a regular thing, but on this night, something irregular was about to occur.

Years before he would start a running joke for saving a stranded house cat at the 2016 Bassmaster Classic, Martens was about to have a run-in with a much larger, more dangerous cat.

“I wasn’t going very fast,” he says. “I was just pedaling along in the dark when I heard this thump beside me. It was a loud thump … like a big chest cavity sound. I knew something big had landed beside me.”

Something big turned out to be a full-grown mountain lion—one that had pounced down from a cliff before proceeding to run alongside Martens in the grass beside the bike trail. Suddenly, Martens was a moving target for a prowling, apex predator. That’s when his instincts kicked in.

The reigning Elite Series Angler of the Year is famous for his instincts. Martens, maybe more than any angler at the highest level of fishing, is guided by instinct. He avoids dock talk, often avoids local lake lore, and has a reputation for camping far away from the hotels that typically house groups of other pros on tour. He’s said to be a “fish whisperer” of sorts, using his intimate knowledge of nature to predict fishing patterns.

So far, you could argue that it’s worked, but fishing patterns don’t help you when you’re about to become a snack.

“It was really scary,” said Martens. “But I knew not to freak out and peddle even faster. When I saw it, I started yelling really loud, yelling to my buddy in front of me. I was ready to jump off and hold my bike out in front of me in case it attacked, but it eventually ran away.”

After that, Martens quit night riding. Ironically, if he hadn’t hopped aboard a mountain bike in the first place, he may never have become a professional bass fisherman.

When Martens began hitting the tournament trails, he would bring a mountain bike with him. Eventually, he traded tire treads for running shoes and multiple AOY titles. But, he still remembers his unexpected date with a curious, California cougar.

“Looking back, it was pretty stupid of me,” he laughs. “I mean mountain lions are everywhere in California, and we were riding through this area that was loaded with them … under a full moon at night. I got lucky.”