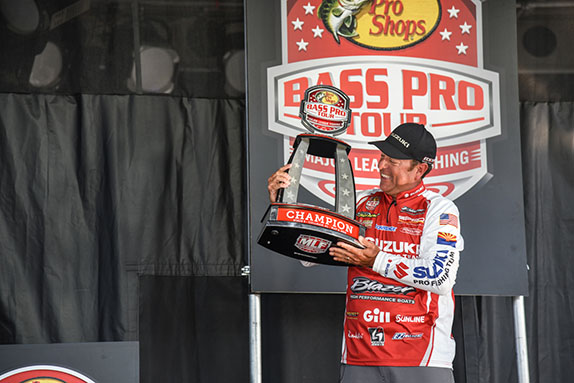 Dean Rojas' program at the Smith Lake MLF Bass Pro Tour didn't differ a lot from that of most of the other anglers who reached the Championship Round – or, for that matter, a lot of the competitors who didn't. He capitalized on the shad spawn with moving baits in shallow water for the first couple hours each day, then moved out to deeper points, shoals and bars and employed finesse tactics pick off post-spawn spotted bass that were transitioning to their warm-weather mode.

The primary reason he won (and broke an 8-year victory drought) was he was in the right place at the right time to start the final day. He caught more than 75 percent of his weight in the Championship Round in the first of the three 2 1/2-hour periods, establishing what proved to be an insurmountable lead.

He'd checked the place where he loaded up that morning during the 30-minute ride-around that precedes each day's competition. Never before had it been so rife with activity.

"As soon as I pulled up, (the bass) were busting shad," he said. "I knew at that point I needed to start there.

"I was just sitting there (waiting for the lines-in call) and licking my chops. I knew if they started biting, it could get real good, real fast."

He caught 23 fish for 36-05 in the opening period, most of them on a square-bill crankbait and some on a swim jig, then added seven more over the final two stanzas to finish with 47-00. If he'd stopped fishing at the day's first lines-out signal at 9 a.m., he'd have still beaten everyone except runner-up Brent Chapman, who flipped up several quality largemouths from bushes in the final period to at least partially close the considerable weight gap.

"It went on for the whole first period and it was almost every cast – I'd get a bite, hook it, land it, cast again and get another bite. A couple times I had a lull for five or 10 minutes, but then there they'd go again.

"We had unique conditions: overcast, dreary, balmy and a little windy, and we hadn't see that all week. That kept it going on for the whole period. On the days before that, once the sun came up, that bite would die."

He started out throwing a swimbait, but it became detached from the hook on the first fish he caught even though he'd applied an adhesive. Because of that, he switched to the square-bill.

"I needed something I could catch them on really fast without having to worry about re-tying or fixing the bait. That's where the square-bill and the swim jig came in – I could catch one, weigh it, pick the rod back up and throw right back out there." 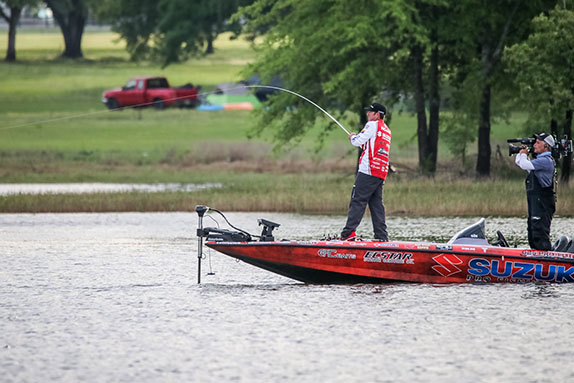 
Rojas' rod was bent frequently during the first period of the Championship Round.

That action was pretty much over by the time the second period got under way, so he headed out to rotate through his deeper stuff. That wasn't overly productive, as was the case for most competitors who were relying on it, and he added just two scorable fish.

He returned to his starting area, which featured a good bit of grass. He began working it with his signature series SPRO Bronzeye Spit Shad hollow-body topwater and had a 2-pounder annihilate it on his sixth cast.

"Certain parts of that haygrass had good depth to them – 2 1/2 feet of water. It was perfect for the fish to sit there and wait for the shad to come by."

He missed his next bite, and then caught another. After that he hooked three more fish and lost them, and then the topwater bite died.

He spent much of the third period, which he began with a lead of 16 1/2 pounds, back on his deeper stuff. He added a couple more run-of-the-mill keepers that ultimately had no impact on the final result.

"I'd built such a big lead that even though guys were gaining on me, it was too little, too late," he said.

Rojas had a strong Shotgun Round, then struggled during the Elimination Round and spent a good portion of the day below the 20th-place cut line.

"Going into the third period that day, I was battling," he said. "The first two periods were really challenging – I just did not get bit. I had like 6 pounds.

"They weren't up in the shallows and I had to move out. I went a little deeper and fished a couple of points and caught like five, and I just continued to climb the leaderboard."

He was much more steady in the Knockout Round, catching at least half a dozen fish in each period and advancing to the final with two places to spare.

"In the Knockout Round I was consistent all the way through and that was crucial. I never got myself behind and I didn't have the lulls like I did in the Elimination Round."

> He said the crankbait had a dull finish. "It was kind of golden shiner/shad-looking and it wasn't real flashy. What's funny is I threw it all week and never could catch anything on it, and then (in the Championship Round) they ate it like candy." 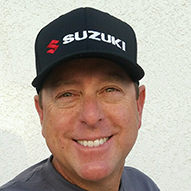