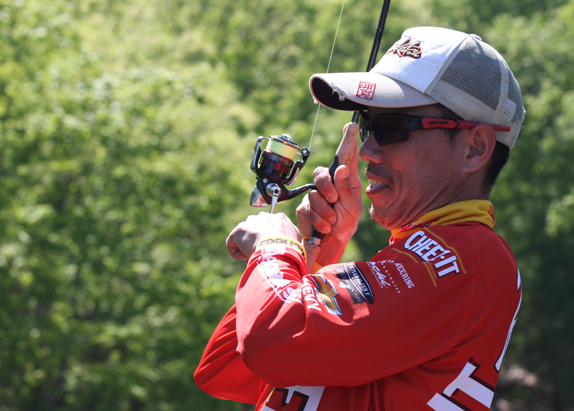 When Norio Tanabe won the 1993 Kentucky Invitational to become the first angler from outside North America to win a Bassmaster tournament, Japanese pros were relatively few on the American pro tours and fishing in Japan remained, at most, a curiosity to the majority of U.S. anglers.

By the time Takahiro Omori won the Bassmaster Classic a decade ago, Japanese anglers were more common among the fields of the American professional circuits, but bass fishing in Japan was still largely a great unknown.

Today, the Japanese have an even greater influence on American fishing, with their technology and products in the mainstream, a greater number of Japanese nationals fishing both B.A.S.S. and FLW and interest in fishing abroad increased by Manabu Kurita’s record-tying largemouth from Japan's Lake Biwa. Despite the somewhat increased awareness, American BassFans generally remain in the dark about many aspects of bass angling in Japan.

The completely non-nuanced version of the story from this side of the pond is that in Japan finesse is king, waters are crowded, tackle is expensive and bass have been declared an invasive species. Yet we have little context of where those impressions come from, or how Japanese tournament circuits compare to those stateside. Even experienced U.S. pros like Aaron Martens, Luke Clausen, Edwin Evers and Chris Zaldain, all of whom recently traveled to Japan on behalf of sponsor Megabass USA, professed to be surprised by much of what they saw.

According to Hideki Maeda, a Japanese writer and tackle manufacturer who has competed both in his home country and in FLW Outdoors events, the Japanese analog to the Bassmaster Elite Series or FLW Tour is the JB Top 50 Series.

The tournaments only pay back 10 places, and as described in the preceding sentence the 10th-place angler gets his or her money back, so it’s tough to consistently make a living from these events alone. Maeda estimated that “around 10 to 15 fishermen are living just from winning and sponsorship.”

In addition to the abbreviated opportunity for tournament winnings limiting the field and contributing to the diaspora of Japanese pros, the other big factor is the number and size of the tournament venues. Kenshi Kuroda, a top young gun on the JB Top 50 Series, explained that most of the circuit’s tournaments are held on three lakes – Biwa, Kawaguchi and Kasumi. There are other venues, such as Lake Kawaguchi, Lake Kasumi, Lake Hibara (one of the few smallmouth lakes), the Kyu-Yosino River and the Onga River, but expansive waterways of the type found coast-to-coast in the U.S. are not plentiful. 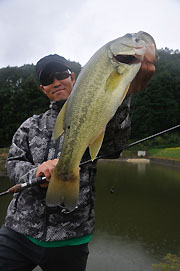 In terms of format, Fukae added that 4-day events that have become the standard at the highest levels of the U.S. tours are unheard of in Japan.

“The JB Top 50 is a maximum of 3 days but most tournaments are 1 day or maybe 2 days. Also, there are very few opportunities for co-anglers or observers.”

Maeda compared the JB Masters Series to the Bassmaster Opens, with four tournaments per year that drew an average of approximately 120 anglers each in 2013. The entry fee is approximately $200 per event and first place is about $10,000, with a rapidly diminishing payout in successive slots.

An Earned Reputation for Finesse

Because of the smaller venues and intense pressure upon them, Japanese anglers have of necessity developed many finesse techniques that have since taken root on the U.S. tournament scene, such as dropshotting, the Neko Rig and spybaiting. While the country has had a consistent parade of big-bait advances, including swimbaits, the historical factors favoring finesse techniques may now be accentuated.

“Because U.S. lakes like Guntersville or Kentucky Lake are 10 times larger than the average Japanese tournament lake, anglers are often concentrated in small areas for longer periods of time,” said Kenichi Iida, who previously worked for Shimano and is now employed by Megabass USA. “In the U.S., anglers fish faster to cover water and locate fish, while in Japan the focus is on making the fish bite. Therefore, you’ll continue to see new techniques, like the latest one, known as ‘bait finesse’ that uses specially tuned shallow-spool baitcasting reels with specially designed rods and 8-pound fluorocarbon to pitch 1/16-ounce and smaller jigs to shoreline structure.”

Fukae believes that even the top U.S. pros would have trouble adjusting to the super-finesse techniques necessary to be successful at the upper echelons of Japanese competition, noting that “2-inch baits and 1/32-ounce weights with 2- or 3-pound test fluorocarbon” simply aren’t part of most American anglers’ arsenals.

Whereas some American tournament venues seem to be on the upswing in terms of fish population, all of the Japanese anglers surveyed believe that the population in their country is generally in decline, or at best holding at its current level, partially as a result of regulations requiring them to kill any bass caught.

“The invasive species law was nationally enacted in 2005 and includes the bass family,” Kuroda said. “Certain prefectures, such as Shiga, Nagano and Niigata, prohibit the release of exotic or invasive species."

Iida explained that Japanese culture and politics generally favor commercial fishing over sport fishing, and this too has harmed the country’s best fishery. 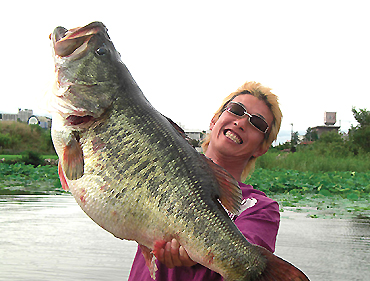 “The commercial fishing association at Lake Biwa is claiming that the expansion of the largemouth population has resulted in a decrease in their catch, so all of Lake Biwa is now ‘catch and kill.’ Most anglers are releasing their fish, just not on TV or in front of commercial fishermen. The other thing that has really hurt the lake is that they are cutting the grass on the entire south part of Biwa, thinking ‘no grass, less bass,’ so the environment clearly does not favor largemouth bass and there are no more JB Series tournaments at Lake Biwa, although I think it’s safe to say that the bass population is decreasing across Japan.”

“At a lake by Mt. Fuji called Kawaguchi, the restriction is ‘no soft plastic,’'' Iida said. “Only biodegradable soft plastics may be used, which forced many manufacturers to develop specific soft plastics just for this lake.”

As a result, in order to be tournament-approved on the JB Series, lures must be designated as environmentally-friendly and given a sticker declaring them to be JB-approved, at a cost of several yen per piece.

Fukae, who guided on Biwa and experienced success on the JB Series before joining the FLW Tour, said there are a variety of other factors that limit a Japanese pro’s ability to make a living solely from tournament fishing.

“Gas prices are almost twice as much compared to the U.S.,” he said. “Even if you’re driving a short distance, there are toll roads all over Japan so any travel is expensive. Also, because of the smaller payouts and limited opportunities for sponsorship, it’s simply impossible unless you have another business.”