Resurgence of Lew’s Based On Time-Tested Principles 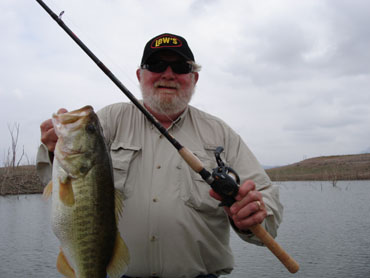 Lynn Reeves has been successful in rejuvenating the Lew's brand by bringing top-quality products to market at competitive prices.

Lynn Reeves says he knew next to nothing about running a company before he purchased the Lew’s brand of fishing tackle from the family of company founder Lew Childre in November 2009. His forte was in product development and marketing from his nearly three decades spent working for Bass Pro Shops.

His contacts stretched across the fishing industry and to overseas manufacturers. Running the show on a daily basis, however, was mostly a foreign concept.

You could say he’s a been a quick study, but he’ll tell you that he’s surrounded himself with smart, qualified people who know the business side of the industry and he’s just serving as the quarterback. His passion remains in developing new products and building upon the foundation he’s helped fortify with the old Lew’s slogan in mind: Lighter, Faster, Stronger.

Some might call it an overnight success story – the resurgence of the Lew’s name under Reeves’ guidance, but it hasn’t been easy and there remains plenty of work to be done. Reeves and Co. came up against the same obstacles that many small businesses have faced in this tough economy – from the basics of building a company from the ground up to securing financing to re-acquainting the fishing public with the Lew’s name that had gone dormant under Zebco since the mid-2000s.

“Last year was a record year for us,” Reeves told BassFan earlier this week. “We had good growth. It’s all been very positive for Lew’s. We feel we’re delivering the right products at the right price. We’re offering performance and the consumers have very much reacted to our product offerings. The retailers have also reacted very well. They like the Lew’s brand. What’s made us successful is we’re delivering the right product at the right retail prices with performance features that have been very dependable.”

“It’s just a David and Goliath story. We’ve come out and in a short period of time achieved a great deal of success because we’re delivering a great product that performs. I think the marketplace was ready for a new brand.”

Within 10 months of Reeves’ acquisition of the company’s trademarks and registered marks, products bearing the Lew’s name began to ship to dealers and the volume of business has picked up ever since. During that start-up phase, though, the company encountered challenges that many small businesses must confront.

“On Dec. 1, 2009, we leased an office/warehouse and we basically started from nothing,” Reeves said. “We had to buy office equipment and computer systems and build a company. In today’s time, that’s very difficult. What’s been the challenge of the last 2 years has been building the infrastructure and office staff and building computer systems that will handle our customers’ business. It’s not been easy. It’s been quite a task to put all of that together.”

Without an established sales record under the Lew’s name, it was also difficult to secure financing to help build inventory. The federal government’s sweeping financial reforms that went into effect in 2010 created an environment where small and medium-sized banks grew wary of lending money, especially to small businesses.

“The No. 1 problem for me, for the first 18 months, was financing,” Reeves revealed. “Despite what our government has been saying over the last year, it was extremely difficult for start-up companies to borrow money because if you don’t have history of your business it was practically impossible during that timeframe to borrow money.

“We were able to achieve that and now that we’ve got some sales history under our belt, the banks are working with us and we’re off and running. I’m serious. That was the single-biggest challenge – getting the financing we needed.”

With that hurdle behind them, Reeves and company president Gary Remensnyder were able to focus their efforts on getting their products to market. The response, Reeves said, has been nothing short of overwhelming.

“I don’t think that anybody thought that Lew’s, after 2 full years of shipping products, would be where we are in sales,” he said. “It’s greatly exceeded our expectations. Gary and I realize that if we’re going to deliver to our customers that we have to control our growth. We’re very much trying to manage it. We’ve had excellent growth and plan to have more growth in 2013. We’re just trying to manage it because it can get out of hand real quickly if you let it.”

One area Reeves knew there was work to be done in was raising the awareness of anglers that the Lew’s brand was back in business. He knew the diehards from years ago would probably return as customers, but it was the new generation that he wanted to appeal to.

“When I first acquired Lew’s, I felt that the brand awareness had fallen tremendously over the years and we would have to do a good job of marketing and educating people,” he said. “I’ve been quite surprised at the number of the people that do still remember the old Lew’s product. I feel that we’ve made those previous Lew’s customers very proud and at the same time, made the new products appealing to the new generation of anglers. 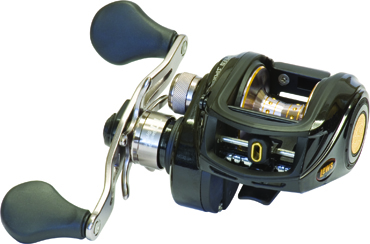 
The new Speed Spool BB1 baitcaster gave anglers what they asked for – a fresh take on a Lew's classic.

Another tool Lew’s has employed has been to build a strong pro staff roster that now includes 14 Elite Series and FLW anglers, counting this month’s additions of Jason Christie, Marty Robinson, Mark Rose and Jay Yelas.

“I firmly believe in being associated with professional anglers,” Reeves said. “I’ve always lived by the motto or philosophy that if your product is good enough for a professional angler to fish in competition, then that product will meet the demands of the anglers. We’ve been very fortunate. I’m not aware of any pros that we went out and solicited. Our entire pro staff has come to us and we’re very proud to work with them. I try my best to listen to them and develop products that meet their needs.

“Professional anglers give your product credibility. They’re out there promoting your brand and that gives your product exposure. I firmly believe Lew’s would not have achieved the success we have had it not been for the Peter Thliveros’ and Terry Scroggins’ and David Fritts’ that started with us at the beginning. People say I’m nuts because we’re spending a lot of money, but I just believe that it’s the right thing to do for Lew’s.”

It was Lew Childre who designed the Speed Spool BB1 baitcasting reel, the first low-profile baitcaster to feature a narrow spool, a fully disengaging level-wind and a no-knob palming side cover. It literally rewrote the book on baitcasters in the mid-1970s.

Now, it’s back in an updated form 40 years later. Introduced at ICAST last summer, the revamped BB1 ($159.99 MSRP) gave the Lew’s loyalists the modern, lighter version of the brand’s flagship reel they were asking for – and they got three different models depending on the gear ratio they desired.

Never one to rest on innovation, Reeves revealed that the BB1 will be getting additional upgrades for the coming year, bringing it more in line with the Lew’s line of pro series reels.

“My role has been working on products,” he said. “My office is just full of rod and reel samples so I’m constantly working on new products. That’s been my background and that’s my passion. I didn’t know anything about running a company when we started the business. I’ve certainly gotten an education. I’m very hands-on in trying to bring to bring the best-quality products to market that there’s a market for. You can put a lot of product in the marketplace, but that doesn’t mean it’s going to sell.”

He also said a new line of Team Lew’s spinning reels is just about ready to go and will debut at ICAST in Las Vegas this summer.

“It’s probably been one of the most-requested products and we’ve been working on them for some time now,” he said. “The guys have been fishing them now for about 3 months and they continue to tell me it’s the best spinning reel we’ve put in their hands.”

In addition, a new series of rods is in the works, including a David Fritts signature series of crankbait rods that Reeves believes will be the best cranking stick on the market.

“It’s got some new innovations to it,” he said. “They perform extremely well and they’re a much easier-casting rod than what’s been on the market.”