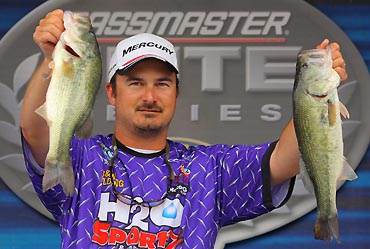 When Billy McCaghren finished 95th in his first-ever Bassmaster Elite Series event at Lake Amistad in March, he naturally questioned whether he could compete at the sport's highest level.

"The first thing I thought was, What have I gotten myself into?" he said. "But I had a real good conversation with Mike Iaconelli after the tournament, and he helped me get rid of some of the doubts.

"He told me not to lose my confidence – that nobody can go out and catch them every time. He told me about some of the things he went through when he was starting out, and I really appreciated that."

Things have gone a lot better for the Arkansas rookie since that inauspicious debut 5 months ago. He finished among the Top 50 in four of the succeeding six events and hasn't come anywhere close to the bottom 10 again. At No. 38 in the Toyota Tundra Angler of the Year (AOY) race, he can lock up a berth in the Bassmaster Classic if he moves up just one spot in this week's regular-season finale at New York's Lake Oneida.

The 37-year-old McCaghren, who still works for his family's steel fabrication business when he's not on the road fishing, was a definite longshot to make the Classic prior to the previous event at the Mississippi River in Iowa in June. But his 3rd-place showing there bumped him up 18 rungs in the points, and now he even has an outside chance of overtaking Matt Herren in the Rookie of the Year (ROY) race.

He visited Oneida for the first time last month before the lake went off-limits. It's a little bit different that any of the venues in Arkansas that he's so familiar with, but he wasn't discouraged by what he found.

"It's got lots of fish in it and I definitely like that, but it's probably going to get pretty crowded when all 98 of us get out there," he said. "I also liked the grass – it's got every kind under the sun."

He doesn't have a lot of experience with smallmouths, but he isn't ruling out the bronzebacks for this week.

"I'd like to go for largemouths because that's what's won all the tournaments they've had there in the past, but I'll have to see how practice goes. My goal is just to catch as much as I can every day and wherever I end up, that's where I end up.

"And if I make the Classic, that would be great. It's what I set out to do at the start of the season, so I'd be accomplishing my No. 1 goal."

The finish in Iowa was easily McCaghren's best of the season (his previous standard was a 14th at Dardanelle in the season's second event). When asked to point to the highlight of the campaign, though, he harkens back to his 35th-place showing at Virginia's Smith Mountain Lake in April.

"I figured something out there that didn't hold up for the whole tournament because all the fish started to move toward the banks," he said. "I was catching pre-spawn fish and I was all by myself – nobody else was doing it."

He declined to reveal the specifics of the pattern because he wants to test it more at other lakes next spring.

"I thought it might be a way I could've won the tournament." 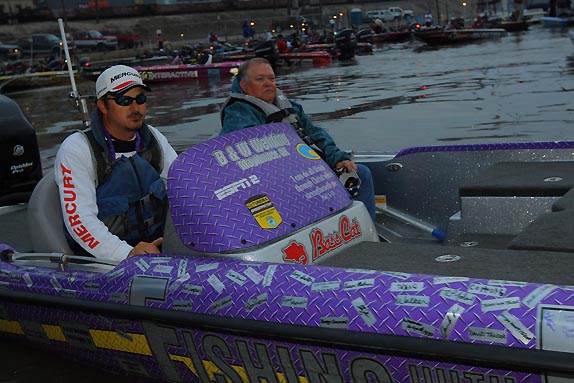 
McCaghren said he's learned many lessons this year – some about fishing and others about the business of fishing.

Day 3 at that tournament marked the first time he'd ever devoted an entire day to sight-fishing, and he met with moderate success (a 10-12 bag). There were a couple of big spawners that he was unable to entice, so he asked around afterward to try to determine if he'd been doing something wrong. After conversations with several renowned lookers, he determined that he'd done all he could.

He also learned that it's not always a good idea to try to conserve fish on the Elite Series – it's often best to catch them when you can.

"You can't really save fish with these guys. I'm not used to being on lakes that are as good as some of them we've been to, and there were a couple of times when I pulled off my fish, thinking I was having a good day. Then I'd end up in the middle of the pack.

"I never expected I could learn as much in just 1 year as I have. But when you're around the guys who're the best at something, no matter what kind of sport it is, you have to learn fast. I learned something from somebody about every phase of the game."

He's had a lot of mentors, but he's spent the most time around the retiring Ken Cook and his wife Tammy.

"I've learned a lot about the business of fishing from them and how to be a professional at it. I keep my ears open and I don't walk away from anybody who wants to share anything. I kind of soak it all in."

> McCaghren would eventually like to become a full-time angler, but family loyalty will keep him from making that move right away. "I feel guilty about being off fishing while my dad and my brother are working," he said. "And the two other guys who work for us are pretty much like family, too. We've had the business since I was 12 years old and it's what we've made our living at for all of my adult life."

> When he looks back now, he said his 56th-place finish at Wheeler was more distressing than the 95th at Amistad. "That was probably as down as I got. I was already bummed that I didn't make the Top 12 at Dardanelle, and then I lost a couple of fish on the second day that would've put me in the (Top 50) cut. At Amistad I never had anything going and I kind of knew that was going to be a struggle, but at Wheeler I thought I could do pretty well and make a check." 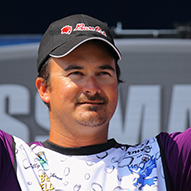