BACK
Show Me The Money 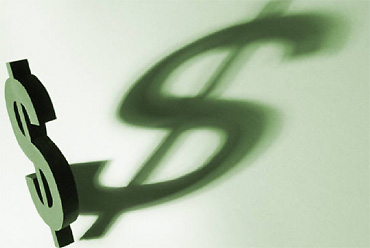 (Editor's note: This is part 1 of a 2-part story about how much money pro anglers really make. Sources include both BASS and FLW tour-level pros)

Is there any job in the world better than that of a top tour-level pro? They travel to all of the country's

best fisheries. They get a new boat every year. They only use top-of-the-line equipment – most of it free. And best of all, the big monthly sponsor checks magically appear after the first big tour win.

Yeah, that would be a fantastic career path, if only it existed.

Sure, there are a handful of pros who make a comfortable living before they even make the first cast, but for every one who's attained that financial status, there are dozens more at the sport's top echelons who barely break even, if that.

Three veteran pros agreed to speak with BassFan about some of the financial realties of the business. In order to protect their own business interests and to encourage candor, we agreed to keep their identities private. But we will say this: each of them is a household name who has been on tour for over 15 years, with multiple tour wins, multiple Bassmaster Classic appearances and six figures in BASS and/or FLW Tour winnings.

For purposes of this article, we'll refer to them as anglers A, B and C.

They provided a variety of details about their sponsorship deals, but it all boiled down to a difficult path. As one of them, who's a well-known top-notch promoter, said, "My 1099s show only 1 year in the past 5 that I've made enough money to pay income tax on."

"You hear it all the time at boat shows and seminars, and you read it in the chat rooms – people say that we're big, whiny babies," said Angler A. "They can't understand why we're complaining about having to spend a measly $50,000 on entry fees."

Angler C has heard it too. "'You guys in your fancy trucks with fancy boats,' they'll say. But the wraps don't put money in the fisherman's pocket."

The assumption is that the pros are raking in big bucks before they even make the first cast. But none of the anglers we talked to felt that there are more than perhaps 25 pros making over $50,000 a year from sponsorships. In fact, that's the number that all three seized upon when asked the question.

They also agreed that the drop-off from the amount made by the 20th highest-earning pro to the 50th is substantial.

While the existence of multiple tours provides more opportunities for a big payday, they all concurred that the number of available sponsor dollars is finite. "The number of people competing dilutes the amount of money available, to the detriment of everyone," said Angler A.

"(BASS VP and GM) Don Rucks made the statement (when defending the Elite Series) that we make our money on our endorsement deals anyway," said Angler B. "I can tell Don Rucks this, though. The only times in my career when my sponsorship money was more than my tournament winnings were the years that I didn't make the Classic. It's one of the biggest jokes around."

"Most people assume that we get free boats," said Angler A. "There might be a handful who do, but most of us struggle to break even. The boat companies use delayed billing – you get a year to pay – but they want you to run the current-year model and you have to pay for it even if you haven't sold it.

"Some guys get caught like I did with a boat (that's several years old) and they can't sell it."

Angler C agreed that "it's rare that you'll make a profit. It's much more likely that you lose money on the deal."

Angler B is affiliated with a boat company that provides him with two boats per year at a discounted rate. "All I get is product," he said. "I don't think they give anyone any cash." He typically hopes to sell them at a rate that will finance his entry fees, but has found that to be difficult, and this year the earnings won't even be close.


He added that the only money he gets is reimbursement for attending boat shows. "I'm required to do six to 10 pro days per year at their discretion and anything beyond that they pay me a daily rate, but I've never used up enough days so I get paid."

If they're not getting big money from the boat manufacturers, then surely all of their other sponsors' contributions add up to a fair chunk of cash, right?

Angler B said, "I only have one check paid by anybody - one tackle company. They give me $250 a month. Maybe I get a $1,000 bonus from them if I make the Classic. There must be better deals out there, but I don't know about them. It's a sad deal honestly."

Angler A has a slightly better deal, but not by much. "I get one check for $500 a month, and if you get that from a bait company, that's a big contract. Many pros are making only $100 or $200 that way. Maybe someone like Strike King pays more than that, but how much more I couldn't say. And don't get the idea that anything out there is 'free.' There are strings attached to every plastic worm you get."

Angler C has even more sponsorship support – he stated that he gets approximately 10 checks a month from various corporate entities, but he noted that his best-paying sponsor abandoned its support of his fishing a while back.

"Paying sponsorships are not easy to get, even with a full resume." he said. "It's hard to get a deal that'll pay in excess of $500 a month, and that may be a little high. I know that I don't have any. It's not enough to cover operating expenses. It may have been close to break-even in the past, but it won't be this year with the raised entry fees and huge travel costs."

Angler A added that "A very small percentage get some or all of their entry fees paid for an individual circuit, but that does not include (the) BASS (Elite Series), and there are probably a few that get them all paid, but the money paid to them, well, in order to benefit a handful, it ends up hurting most of the fishermen."