BACK
Will Start With 3 Lakes

NC Stocking Program To Get Boost From Private Funds 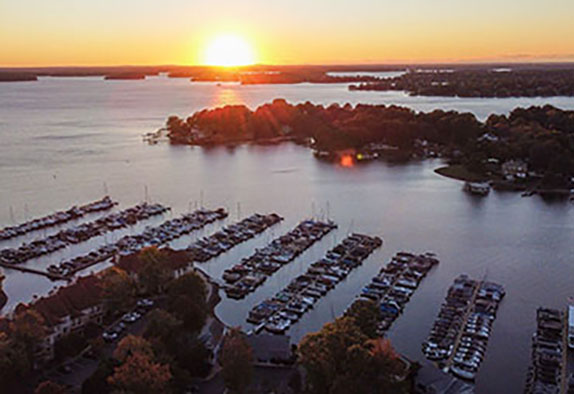 Lake Norman, the site of this year's REDCREST Championship, is one of three North Carolina lakes receiving stockings of F1 hybrid bass.

A North Carolina Wildlife Resources Commission program to stock F1 largemouth bass in three lakes will get a big boost from private funding, which the state agency is permitting for the first time.

The NCWRC has begun stocking F1s (first-generation crosses between Florida- and northern-strain fish to achieve the growth potential of the former and the weather tolerance of the latter) in Lake Jordan, Lake Gaston and Lake Norman (the site of this year's Bass Pro Tour REDCREST Championship). The lakes were selected on the basis of their nutrient fertility so that the effectiveness of the program can be tracked under the different conditions – Jordan is considered high on the fertility scale, with Gaston in the mid-range and Norman on the lower end.

MLF commentator and former tour pro Marty Stone is part of a three-person group tasked with raising the private funds to supplement the state program, serving as the secretary of NCF1Bass.org. The president is Chuck Murray, who holds the same office with the North Carolina B.A.S.S. Nation and is a former Nation state champion, and the treasurer is Keith Joyce, a longtime competitive angler and certified public accountant whom Stone calls "the brains of the operation."

Stone said that every dollar raised via private funding is eligible for matching through federal grants at a 3-to-1 ratio. F1 fingerlings cost 50 cents apiece, so each dollar brought in can result in eight stocked fingerlings rather than two.

The goal is to achieve similar results that have been experienced with F1 stockings in states such as Texas and Tennessee.

"We're telling all fishermen that this is a chance to make a difference," Stone said. "It's not an MLF thing and it's not a B.A.S.S. thing – it's the anglers of North Carolina wanting to make things better.

"With (the NCWRC), there's a new group in there and they've been fisherman-friendly of late, and bringing in private funding to help them is a big deal."

Said NCWRC Assistant Chief of Inland Fisheries Corey Oakley in a quote on the on the organization's site:

"We are hopeful that this program will help the overall quality of largemouth bass in selected lakes throughout North Carolina. Since invasive Alabama bass are now found throughout much of the state, the N.C. Wildlife Resources Commission is looking for opportunities to sustain and enhance our native bass fisheries. This program should provide opportunity for NCWRC biologists to learn and anglers to hopefully catch better quality fish.”

The stockings will take place at the aforementioned lakes over a period of several years to determine which practices and conditions are most effective. Those results will provide a roadmap for eventual expansion to other bodies of water.

"We're hoping to have a lot of sustained success so people in other areas can look at it and say hey, it's not that hard and we can do that too," Stone said. "State budgets are strained – those guys do a lot with a little – and let's face it, we aren't going to be building new lakes and there are more people fishing than ever.

"Can our lakes handle the pressure? Maybe, but it'll have to come through improved habitat and supplemental stockings.

"One of the biggest goals of this whole thing is to leave it better than we found it," he concluded. "We know the impact that F1s have on fisheries when the program has been done over a long period of time. We're committed and we want to make sure we help (the NCWRC)."