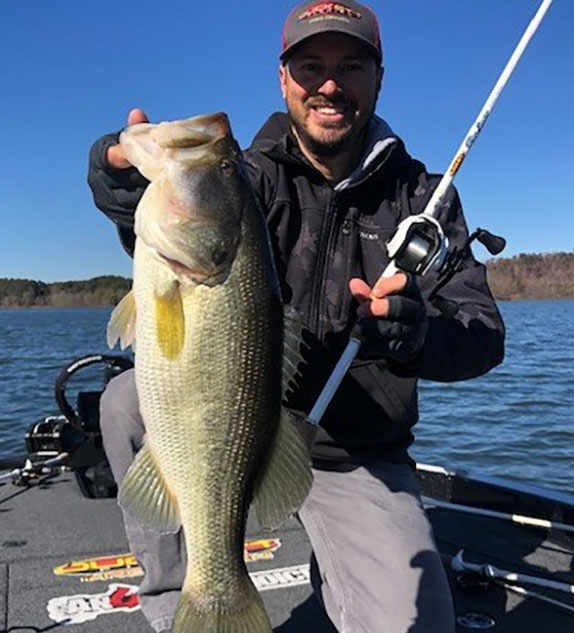 Andy Greene knows a thing or two about marine electrical systems, but he has no idea why his motor wouldn't crank on a fateful day last month.

By Andy Greene
Special to BassFan

A few weeks ago, my son Drew and I went fishing at Lake Hartwell. It would have been my dad’s birthday if he were still alive, and I wanted to take my son to the same waters where my dad taught me to fish.

We were having a great day – the weather was beautiful and the fish were biting. My son and I were fishing up one of the rivers that fills Hartwell. At approximately 3 p.m., I decided to run farther up the river to explore its natural beauty and wildlife.

When I tried to start my engine, nothing happened. The cranking battery was completely dead. There was not a single time that day that my electronics turned off while starting the engine, nor did my starter ever drag. There was never an indication of a voltage drop in the battery.

My jumper cables were in my truck and the battery cables for the engine would not reach any of my deep cycle (trolling motor) batteries. I had to remove the cranking battery and move a deep cycle battery into its place so that the engine cables would reach. This, of course, ended our day of fishing because I took my trolling motor out of commission. I was unsure what caused the sudden drain in the cranking battery, so I told my son after I got the engine started that we had better load the boat on the trailer and head home. I was disappointed on the ride back to the ramp that a great day on the water had to prematurely end.

As soon as I tied my boat to the courtesy dock at the ramp, a black SUV quickly pulled up in the deserted parking lot. Three people simultaneously jumped out of the SUV and started running toward us. I was about to tell my son to untie the boat so that we could get back out onto the water since I had no idea what these people were about to do. Then I noticed that they were yelling something at us. Finally, I made out what they were screaming: “An older man flipped his kayak down the river. He is frantic and clinging to a bridge piling. If someone doesn’t help him, he’s going to drown!”

We immediately untied the boat and raced downstream. We found the older gentleman a quarter of a mile away, clinging to a bridge piling, his kayak floating upside down farther down the river. The current was strong in the river that day, and the man, completely exhausted, was holding on to the bridge piling for dear life. 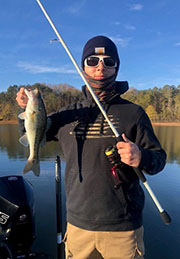 
Greene's son Drew was fishing with his father on the day they came to an older man's rescue.

My son and I retrieved the man from the frigid waters. He was shaking profusely, both from terror and from the cold water. We took him to shore, where sheriff’s deputies were waiting to help him; they had received a call from the people in the SUV. The deputies told us that they had driven their patrol cars up and down the highway running beside the river looking for a boat to offer the man help, but no boat was found. We were the only people on the river that afternoon.

They explained that the water was too cold and the current too strong for any of them to swim out and help the man. They had contacted the South Carolina Department of Natural Resources (SCDNR) to request a game warden bring a boat to come and rescue the man, though they did not know if SCDNR would make it in time. The deputies said, “If you guys had not shown up, the man likely would have drowned.”

My son and I should have never been back at the boat ramp to receive the cry for help. Our plan was to be many miles farther up the river, but the dead battery – which was a major inconvenience and frustration to us – turned out to be a blessing. It caused us to end our day early, head back downstream, and help the distressed man out of the water. I told the gentleman that we pulled from the water that we should not have been in the area, but that God had other plans; God did not want his life to end that day. God used a dead battery – a battery that died without any warning indicators – to save his life.

Two days later, I reinstalled the dead battery into my boat. I never charged it; in fact, I had left it on the front deck of my boat since we returned home from the lake. My plan was to install it, charge it, load-test it, and then see if I could find what caused the sudden draw, assuming the battery tested good. Out of curiosity, once the battery was connected, I tried the key switch. The engine roared to life; the battery sounding strong! Only God!

I learned a lot from my experience that day at Lake Hartwell. God has a plan for this man’s life, just as God does for each of us. Sometimes those frustrating interruptions and inconveniences that invade our lives are really God working to achieve His purposes on earth.

Listen to the events that are happening around you and see if God may be trying to get your attention. He certainly got mine!

Andy Greene, an ordained minister, heads up the maintenance operations at the three Anglers Choice Marine dealerships in Virginia and North Carolina.