Final Classic Berth On The Line At Hartwell 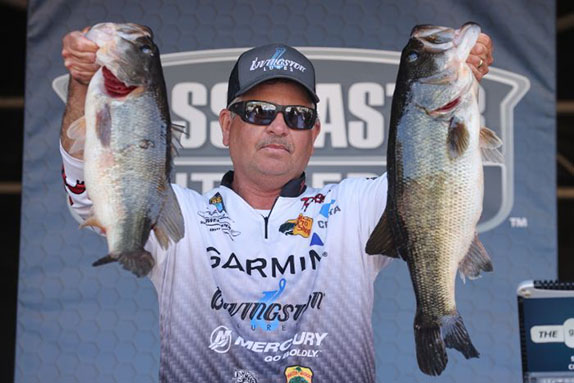 Late fall/early winter is a fun time to fish Lake Hartwell, according to Bassmaster Elite Series pro Todd Auten of Lake Wylie, S.C. But anglers who want a chance at winning the 2022 Bassmaster Team Championship – being held today through Saturday on the legendary fishery – will likely have to catch some quality largemouth to stay in contention.

The last tournament on the 2022 Bassmaster tournament series slate, the Team Championship features a unique format – and at the end of the event, one angler will punch a ticket to the 2023 Academy Bassmaster Classic at Knoxville, Tenn., scheduled for March 24-26.

The team portion of the event will be held today and Thursday and feature the largest field in Bassmaster Team Championship history – more than 250 teams from across the country qualified through B.A.S.S.-sanctioned team trails. The Top 3 teams after the second day will be split into individuals and will compete in a two-day event, with the winner advancing to the Classic.

Hartwell has hosted many compelling events so far in 2022, including the Bassmaster Classic, the Bassmaster Southern Open and the High School National Championship. All of those events had two things in common: the lake was below full pool, and quality largemouth were a factor.

Auten believes this tournament will be the same, and he thinks largemouth will be the predominant species caught, as opposed to spotted bass.

“You can probably win some tournaments with spots, but this time of year I think the largemouth will dominate,” Auten said. “There will be a lot of fish caught I’m sure.”

In early December, depending on how the weather sets up, there will still be opportunities to catch offshore spotted bass in cane and brushpiles. If Auten was fishing, he says he’d be headed to the bank.

“It’s the time of year everything changes. Early December, a lot of those fish will be schooling in the backs of creeks and channels going into the backs, right where the water kind of turns to stain. The shad will stack up in there. That is a good pattern. The dock fishing will still be pretty good.”

ChatterBaits and shallow-running crankbaits are a couple of Auten’s favorite techniques. He added that a jerkbait is another productive way to get bites. If it gets cold enough, a jigging spoon could also come into play.

Takeoff will be held each morning at 7 a.m. ET from Green Pond Landing, with weigh-ins at the same location each day at 3 p.m.