BACK
Lots Of Time In The West

Monroe To Adopt More Of A Regional Focus 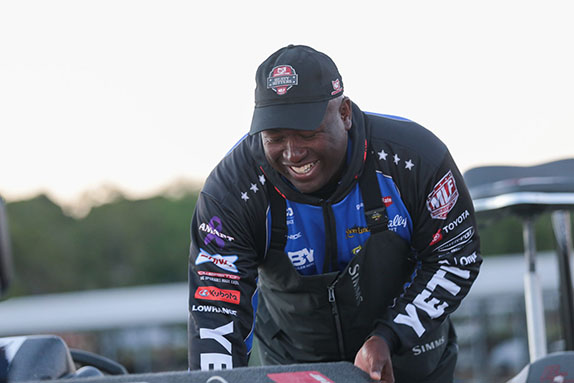 For the first time in more than two decades, Ish Monroe will not be a tour-level angler in 2023. He's relinquished his slot on the MLF Bass Pro Tour to attempt to requalify for the Bassmaster Elite Series via the Opens, and he'll also do a lot more fishing closer to his California home.

"I'm just choosing to go in a different direction," he said. "A lot of it is sponsor-generated; one thing that a lot of people forget in this business is that sponsors are how we really make our money. I've got some that are local and some that are national and what I want to do benefits all of them."

In addition to the nine Opens that will be required for Elite requalification, he'll compete in some Wild West Bass Trail pro/ams, the WWBT Apex Tour, the MLF Toyota Series and various team derbies around the West.

"It's a lot more tournaments and a lot of it is regional, but I'll still have some national exposure with the Opens," he said. "It'll also allow me to be at (Skeeter) dealerships to help sell boats, work with local (bait and tackle) shops and make video content for products."

Monroe and REDCREST champion Bobby Lane are the two anglers who've left the BPT of their own volition to try to get back on the Elite Series.

Monroe had a 3rd-place finish in Heavy Hitters at Lake Palestine in Texas in April, but that wasn't a points derby. In regular-season tournaments, all seven of his finishes ranged from 39th to 65th place and he made the Knockout Round (Top 40) three times.

He said the primary reason he wants to get back on the Elite Series is to compete in B.A.S.S.' premier event. He's fished the Bassmaster Classic 10 times, with three finishes in the teens serving as his top showings.

"I still want to win a Classic – that dream has never left me," he said. "It's every fisherman's dream to do it at some point in time.

"I feel like next year will be as easy as it's ever going to get for a guy who's fished all over the country to qualify for the Elite Series. Seven of the venues I've had multiple tournaments on and the other two are places I've wanted to fish. I've driven by Buggs Island (Kerr Reservoir in Virginia) and Lake Eufaula in Oklahoma and I've wanted to fish them. I love getting away from people and finding my own little thing and those are places where you can do that.

"The structure sets up well for me and I feel good about it," he concluded. "With the 30-day off-limits, the international guys won't get to go practice every single day for a month before the tournament starts and it'll also cut out a lot of the guides, too, because those guys need to be out there making their living. And in gas prices and there are a lot of factors that are going to keep guys from fishing." 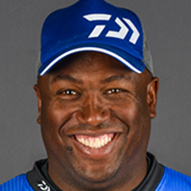