BACK
Not Done Yet 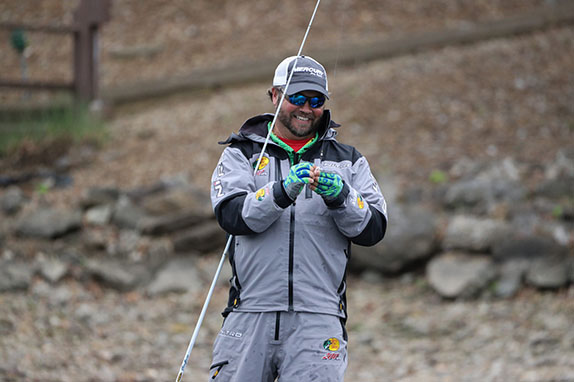 Tim Horton advanced to the Knockout Round in four of the seven Bass Pro Tour regular-season events this year.

Tim Horton announced last March that the 2022 season would be his last as a tour-level competitor. He planned to redirect the energy he spent on Major League Fishing events to his media endeavors and his work with longtime sponsor Bass Pro Shops.

Fast-forward eight months, however, and there was Horton's name on the recently released 2023 Bass Pro Tour roster.

What brought about the change in mindset? For one thing, he said didn't want to miss out on some of the venues that the BPT will visit next year. For another, the tour's switch from scoring all legal fish to only an angler's heaviest five each day has stirred some competitive juices.

"It's the schedule as much as anything," said the 50-year-old Alabamian. "For the first time since the BPT started, we've got one that looks like what we'd all hoped it would be.

"And when the five-fish thing came out, that was a game-changer for me to stay with it."

Horton advanced to the Knockout Round (Top 40 or better out of 80 competitors) in four of the seven regular-season BPT events this year. When he missed it, though, he missed badly – those three placements were 75th, 75th and 79th, which landed him at No. 62 on the final points list.

His best showing was a 15th at Lake of the Ozarks in early May. The three other KO-round finishes were all in the 30s.

"I'm just hoping to get back to being a little more consistent," said Horton, who captured the Bassmaster Angler of the Year title in his initial tour-level season way back in 2000 and won Elite Series events at Lake Okeechobee (2017) and Lake Champlain (2007). "I had a really good midseason, but the beginning and the end were tougher for me. I'd like to get to the point where I don't have those extremely bad finishes."

He's eagerly anticipating next year's derbies at Florida's Kissimmee Chain in February and Lake Guntersville in his home state in May.

"We haven't had one on the Tennessee River where we hit it just right," he said in reference to the latter tournament. "We're going to do that next year."

He believes that the more traditional scoring structure will benefit him.

"It was hard to change how you were wired to compete for so many years, even though I do enjoy getting on those magical places offshore, where sometimes you catch 2-pounders and sometimes they're big ones," he said. (The five-fish format) gives you a chance to fish the day instead of getting way behind. It's what I grew up with and what I'm used to.

"Our (TV) ratings have been so good and that's mostly due to the 20-cuts. Is it still going to be like that, with four or five guys right there at the end of the day, or is it not going to be so dramatic, so to speak? That's what we're going to find out."

From a conservation perspective, he's happy that all fish will continue to be weighed on the boat and immediately released.

"It's a neat thing to let a smallmouth go on the Great Lakes and watch it swim straight down as opposed to what we've seen at the ramp a lot of times. This is a much better deal." 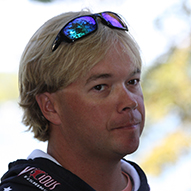