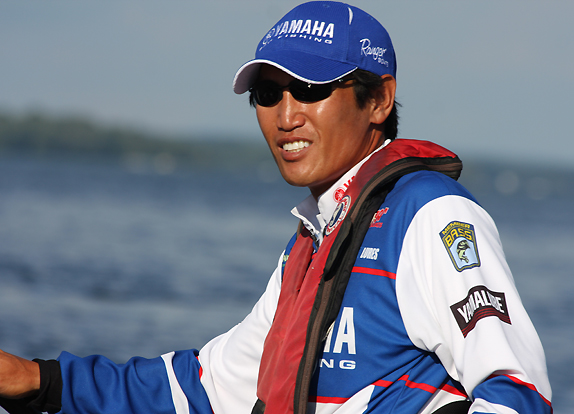 Omori told BassFan that he broke down yesterday and couldn't get his fish back to weigh-in. He planned to fish today in heavy winds just outside the launch with his trolling motor, all for the benefit of his co-angler, but another co-angler dropped out, which meant Tak's could fish a full day with another pro. Hence the dropout.

Tak's en route back to Texas today. He said this marked the first time in his long career that he failed to return his fish to a weigh-in.

BassFan didn't speak with Kiriyama, but Omori noted he had an equipment malfunction as well.

A bit of irony: Japanese pros bookended the standings yesterday. Gary Yamamoto led, while Omori and Kiriyama were last.