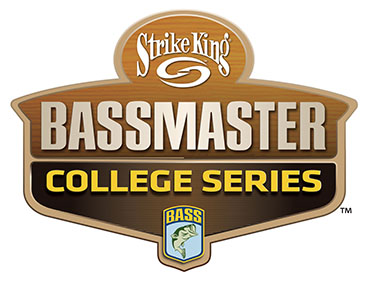 Due to high winds and rough lake conditions caused by Hurricane Ian, seeding day at the 2022 Bassmaster College Classic Bracket at Lake Greenwood (S.C.) has been canceled.

“I spoke with the anglers this morning at the ramp and assured them safety is our first priority,” said Glenn Cale, tournament manager for college, high school and youth. “They all agreed, and it was the right call. We will resume tomorrow as planned and scheduled.”

While not as destructive as it has been in Florida to this point, Ian has brought north winds from 15 to 25 mph with gusts up to 50 mph to the area, forcing the National Weather Service to issue a wind advisory that extends through Saturday morning. Heavy rains and thunderstorms are also expected today.

With the canceled day, Louis Monetti and Michael Fugaro from UNC Charlotte will claim the first two seeds, respectively, by virtue of winning the Bassmaster Team of the Year title. From there, the seeding is based on each team’s finish in the Bassmaster College National Championship. The 2022 National Champions Andrew Vereen and Connor Cartmell from Coastal Carolina University claim the No. 3 and No. 4 seeds, followed by Florida Gateway College’s Jackson Swisher and Seth Slanker in the No. 5 and No. 6 positions. McKendree University anglers Tyler Christy and Trey Schroeder round out the field as the No. 7 and No. 8 seeds.

In the head-to-head, elimination-style event, anglers will compete as individuals and the winner will earn a berth in the 2023 Bassmaster Classic scheduled for March 24-26 in Knoxville, Tenn. Anglers will launch from Greenwood State Park starting at 7 a.m. ET for this catch, weigh, release tournament and end their day at 3 p.m.

Here are the matchups for Day 1:

Prior to this year, Monetti had fished by himself at UNC Charlotte, so he is no stranger to handling big moments as a solo angler. With UNC Charlotte close to Lake Norman, he is also very familiar with lakes that are fully spotted bass lakes. Monetti and Fugaro won the Team of the Year title and finished no worse than 26th during the regular season.

Schroeder, meanwhile, qualified for the College Classic Bracket in 2019 and that experience will likely benefit him in this event. Schroeder and his partner Tyler Christy have been one of the most consistent teams in the Bassmaster College Series throughout their careers, and a third-place finish at the National Championship at Winyah Bay proved that once again.

Fugaro is in the middle of his first season as a tournament angler and has learned a ton from Monetti on his way to their Team of the Year title. He will be tested again this week, as he will be in full control of the boat and his decisions, which will be a tall task against the experienced Christy.

Since his first trip to the College Classic Bracket in 2019, Christy has been itching to get back. Now, he will have a great chance of competing for the Classic berth as one of the more experienced anglers in the field. In their four years at McKendree, he and Schroeder have finished in the Top 12 of the National Championship three times, each on vastly different types of fisheries. That versatility will go a long way on Lake Greenwood, a fishery that will likely undergo a lot of changes this weekend from the hurricane.

Vereen is a tidal specialist and used that experience to help him and Cartmell win the National Championship. Vereen and Cartmell weren’t even qualified for the Championship until they fished the College Series Wild Card event at Logan Martin Lake, a lake with spotted bass and largemouth, and finished eighth.

Slanker is also a tidal specialist from the St. Johns River area and came close to upsetting Vereen and Cartmell in the National Championship. Slanker and Swisher qualified for the National Championship at the first event of the season at the Harris Chain of Lakes. A buzzbait was his main presentation at Winyah Bay, and that could potentially carry into this event.

While Vereen had the true home-field advantage at Winyah Bay, Cartmell will have it this week. A Columbia area native, Cartmell knows his way around the midlands of South Carolina and grew up fishing Lake Murray, which is just below Lake Greenwood. That local knowledge will be a huge help this week with the changing conditions.

Meanwhile, Swisher has been on a mission to get to the Classic since he nearly won the 2021 Bassmaster Southern Open at Douglas Lake. A former member of the Bassmaster High School All-American Fishing Team, he ended up finishing sixth in that event, and while sixth place is a good finish, Swisher views it as a missed opportunity. Swisher’s Open experience last year will go a long way fishing as an individual this weekend.