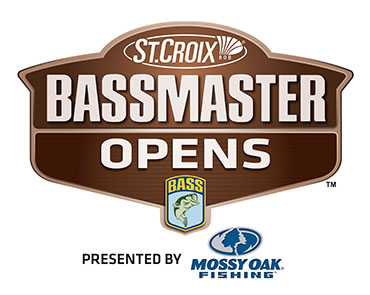 The Bassmaster Opens have grown exponentially in popularity over the past few years. But the buzz has never been louder than it’s been since the announcement of the new Opens EQ (Elite Qualifiers) format in July – and now B.A.S.S. has officially announced where all of the excitement will take place in 2023.

On Tuesday, B.A.S.S. unveiled a slate of nine Opens – three each in three divisions – covering eight states from March into late October. Anglers fishing all nine events will be vying for an invitation to the Bassmaster Elite Series. The Top 9 anglers in the Bassmaster Opens Elite Qualifiers standings will earn an invitation to join the Elite Series in 2024. Individual event winners – including those who only fish one, three-event division – will be eligible for a berth in the 2024 Bassmaster Classic.

“We’re so excited about this new format,” said Executive Director of Tournaments Hank Weldon, who oversees the Bassmaster Opens. “With the Opens EQ format, there is a clear path forward for those who want to make fishing a full-time career and prepare as much as possible while progressing toward the Elites. Those anglers’ abilities will be tested throughout the year on a variety of fisheries and prepare them for the cross-country rigors of the Elite Series. At the same time, those who only fish three events in one division will still be fishing for a dream chance to compete in the Bassmaster Classic.

“That excitement, plus the great fisheries we have on our schedule, will make 2023 so much fun for anglers and fans of the sport.”

Registration will open in early November, beginning with anglers who want to participate in the Opens EQ Division.

New for 2023, there will be an off-limits period of 28 to 30 days, depending on the event, with an official practice period of five days before the tournament. The no-information rule that applies to Elite Series events will not be in effect for Opens.

“What a schedule,” said B.A.S.S. Vice President of Tournaments Chris Bowes. “Zigzagging the country, visiting some of the best fisheries in the world – some that we’ve been to a lot and some that we haven’t been to in a long time – will be fantastic.

“We like to think our schedules each year for all of our trails are not only a test of our anglers’ abilities but a celebration of the sport itself. This one certainly checks all the boxes.”