What Kenney Does When Times Get Tough 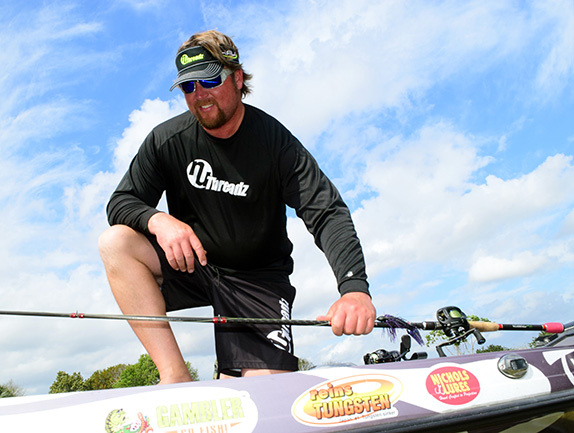 JT Kenney isn't afraid to downsize and slow down his presentation when fishing get tough.


FLW Tour angler JT Kenney is known for fishing a big stick and heavy cover. Sometimes bass get wise to their surroundings and those who don’t belong in it. Tough times means Kenney has to resort to an old a trick or two to make sure he fills his livewell.

“When no one messes with them for a while and you throw a ˝-ounce jig at a bush, they’ll take the rod out of your hands.” Kenney said. “They do get to a point where they don’t want to bite.”

Sure, factors like frontal conditions, pressure systems, moon phases, water temps, and metabolism of the fish all play their part in ruining the best game plan. For Kenney, there is one variable that shuts down the whole deal every time.

“The biggest thing that I find when you have to scale down is mostly fishing pressure,” Kenney said.

It’s not just limited to freshwater either.

A recent lobster trip supported his theory. During a two-day mini-lobster season where recreational fisherman can dive and harvest lobster before the commercial season starts, Kenney had found a piece of paradise – a couple of shallow reefs in less than 20 feet of water.

“There was snapper and grouper as well as lobster on those reefs – a lot of them,” Kenney said. “The first day, there was a boat anchored every 50 feet for a couple of miles down this reef. There is not a fish on this reef – they’re all gone. The lobsters are there, but the fish are gone.”

Kenney is convinced that bass do the same thing once they realize that something is in their environment, like a boat or a trolling motor, and they take off. Compound that presence by numerous boats in an area and adding in a variable or two and bass develop a serious case of lock-jaw.

“After they’ve been stuck a couple of times, and trolling motors go by, you have to resort to lighter line and lighter sinkers,” Kenney said. “I’ll resort to the point where you know you are taking a knife to a gunfight – under tackled if you will.”

He noted that clear-water lakes like Table Rock or Beaver Lake are prime examples where these scenarios play out. He’s also fished dirty water at Santee Cooper where he didn’t necessarily have to downsize line, but scaling down his sinker and bait translated into bites.

Kenny will usually go to extremes to draw a bite. He’ll downsize to a tiny bait or go really big and alter his retrieves, too. When conditions get tough, he’ll go against the grain and throw a Nichols Lures buzz bait or he’ll fish a 6-inch Gambler Fat Ace stick worm.

The Fat Ace has become a confidence bait when faced with the toughest of conditions.

“They don’t see that kind of stuff,” he said. “Everything they see is going down with a weight on it and going right through there.”

He’ll finesse flip the bait unweighted on 16-pound Sunline Shooter line and shake through the bushes until it gets to the bottom. He’ll even scale down as light as 10-pound line when the cover is sparse and water clear. He prefers the 6-inch version of the Fat Ace because it is a heavier bait that will accelerate the fall rate more so than the 5-inch model.

He recalled a 2nd-place finish during a spring tournament at Wheeler Lake a couple of years back when he caught every single fish he weighed by finesse flipping. Admittedly, it took a while to work a weightless bait through a bush, even when fishing 2 feet of water or less, but once it hit bottom, Kenney would get bit.

Just because conditions are tough and fish inactive doesn’t mean his finesse rig will get a workout. He’ll fish a fast-moving bait to locate an area that has fish and only then will he slow down with a finesse presentation. Doing otherwise would be a sure recipe to crash and burn.

While the Fat Ace is his best choice, he will also rig up a Gambler BB Cricket on a 5/0 Lazer TroKar Big Nasty Flippin Hook and fish it under a 3/16-ounce Reins Tungsten worm weight. 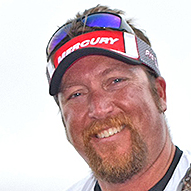