BACK
Won Opener, But Struggled Thereafter 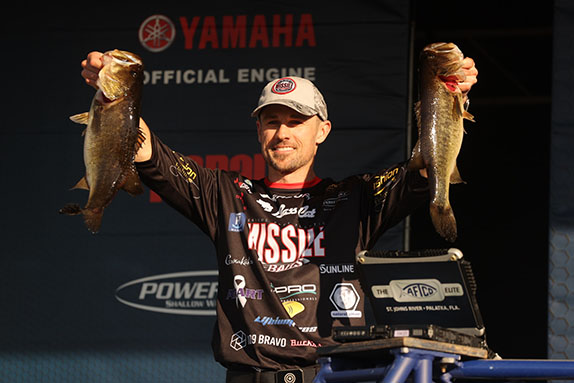 John Crews' 2022 season had few highlights after his win in the season opener at the St. Johns River.

John Crews' 2022 Bassmaster Elite Series season got off to the best start possible. After winning the season opener at the St. Johns River in Florida, the veteran from Virginia said his primary goal for the rest of the campaign was "to not suck."

By his own admission, he ended up doing precisely what he'd vowed to avoid. He finished 76th just a week later at the Harris Chain, took 45th out of 55 anglers two weeks after that at the Bassmaster Classic and placed no higher than 48th in any of the final seven regular-season derbies.

He ended up 60th in the final Angler of the Year (AOY) points standings – far outside qualification for this year's Classic.

"After winning that first one, I just couldn't put a decent tournament together," he said. "I felt like I was fishing good, but I never got the key break that clued me into the pattern within a pattern.

"I lost a few fish that would've helped me, but nothing super-crazy."

Too Much Time Spent Unwisely

Crews pointed to the early-April event at Lake Chickamauga, where he finished 56th, as an example of his failure to refine a program that had started off on the right track. He cruised into a pocket on the first practice day and found about a dozen fish on beds that ranged in weight from 2 1/2 to 6 pounds.

"I was sure I could find that setup on other places and it would be a viable pattern for at least the first two days," he said. "I spent the next day and a half looking for more fish on beds and I found one other area with three fish, and that was it. I wasted a lot of practice time on something that never developed.

"My backup deal was a shallow crankbait bite and I tried to force that in the areas where I was looking for beds – I caught a couple of keepers doing that in practice. I found out later that that was going on in a different section of the lake that I didn't explore; I didn't have time because I'd wasted too much time looking for bed-fish. I caught a couple of keepers on the first (competition) day and lost a good one, then I scrapped everything and caught four for 16 pounds the second day just fishing a (Missile Baits Mini-Flip jig) and a swimbait. That's what I should've done from the first second I got there."

He said it took him until late in the season to realize that he'd ventured away from the half-dozen baits that form the core of his arsenal. That list includes the Mini-Flip and the Missile D-Bomb for flipping and a shaky-head and dropshot for finesse work, along with a ChatterBait and a shallow-running crankbait.

"As the owner of Missile, I'm always looking to stay on top of the newest trends and the latest baits," he said. "I'm always playing with new techniques and new lures, but I don't always drift as far away from my tournament tackle box as I did last season.

"For sure, at least five of those six will not leave the deck of my boat this year. If they do, that means someone has stolen my rods."

Due for a Good One

The 44-year-old Crews has competed in 13 Classics, but has developed a pattern of appearing in that event only in even-numbered years since 2016. If that holds, he should be solid in 2023.

"This year looks like a lot of fun," he said. "We should be toying with spawning fish in a few (tournaments) and we'll have some really good smallmouth events up north."

He's happy that the tour will return to the Sabine River in Texas – a sprawling venue that has quality bass only in select locales that vary from year to year.

"I like it," he said. "I've never contended for the win there, but I've had good events. You have to fish new water every year and I love that challenge."

> Both of Crews' Elite Series victories have occurred in season openers. His previous triumph was at the California Delta in 2010. 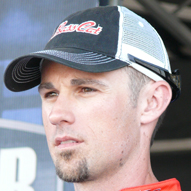