BACK
Pumped For La Crosse

When Casts Start To Count, Weaver Will Be Ready 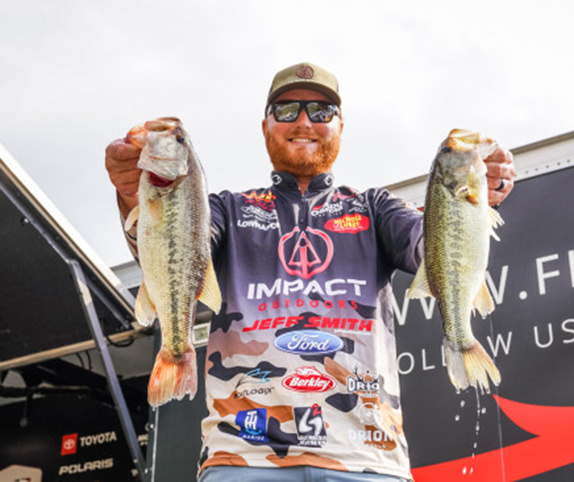 After salvaging a top-70 finish at Lake Martin, Joshua Weaver is hoping to keep his confidence at a high level as the resumption of the season approaches.

Josh Weaver is ready to go. Today. This weekend. Next month. Whenever. Just say the word.

He’s ready for his casts to start carrying more meaning because as much as he’s enjoyed fishing local tournaments with his dad and brother during a time of the year he’s rarely home, he’s itching for the return of FLW Pro Circuit competition.

While some of his Pro Circuit counterparts are getting their first taste of FLW competition in more than two months today with the resumption of the FLW Series schedule at the Pickwick Lake Central Division event, Weaver has been hard at it since competition was halted in mid-March due to the coronavirus pandemic.

He’s seized upon the opportunities to compete in local derbies at small lakes near his home in Macon, Ga., where restrictions related to COVID-19 were lifted a couple weeks ago. More than anything, it’s kept him mentally sharp to follow the progression of the fish through the spawn and post-spawn phases.

“Finding fish from week to week, I’ve been keeping sharp and on top of them,” Weaver said. “I’m not letting myself rest. Honestly, the only way I keep sharp is to fish tournaments. I don’t go out and just fun fish a lot. I’ll maybe try some new techniques here and there, but if it’s a 15-boat local derby or a tour-level event, a tournament is a tournament. I want to catch the best five I can in the course of a day and the decisions you make in a tournament are way different than they would be if I were out there by myself.

“My mindset is to do well and win, so any time you can fish a tournament, it’s good training-wise. It keeps my mind sharp and my focus on having success. (The time off has) been nice, but I’m definitely ready to get back fishing.”

Those tournaments have given him a chance to pair up with his brother or his dad during a time of the year when he’s typically not at home. On Wednesday, he was continuing to make preparations for a small local derby he’ll fish this weekend with his dad at Lake Juliette, a 3,600-acre Georgia Power Co. lake north of Macon.

“I’ve been keeping things tuned up,” he said. “I like to keep my confidence high and keep my decision-making going. I had a good start to the year and I want to keep that tournament mode going.”

With three Pro Circuit events in the books, Weaver finds himself 13th in the Angler of the Year points standings. It’s a position he doesn’t take for granted and knows he’ll have to turn in some solid finishes during the final three events to solidify a berth in THE TITLE, the circuit’s championship event slated for the St. Lawrence River in August.

He started the season with a pair of top-30s – 13th at Sam Rayburn Reservoir and 30th at the Harris Chain of Lakes – at venues that suit his grass-fishing style. A 67th at Lake Martin is his worst showing so far, but a day-2 rally kept it from being a triple-digit outcome.

“I think I let the dock talk about the tournament proceedings get in my head,” he said, referring to rumblings about how FLW would handle tournament operations as the coronavirus began to take hold in certain parts of the country. “I was out there practicing, but it was hard to focus.

“Day 1 was a blur and I made all wrong decisions and lost a few that would’ve helped. That night I gave myself a pep talk about making better decisions and I caught one of the better bags that day and put the puzzle together.”

His 12-09 effort the second day catapulted him up from 133rd into check range.

“I was kicking myself because my goal for the season was to make a top-30 in every event,” he said. “I wish I would’ve focused more, but I’m glad I saved a ton of points there.”

LaCrosse On His Mind

The Pro Circuit schedule is slated to resume June 23-26 at Lake Chickamauga with a field of 200-plus boats that will include several dozen Major League Fishing Bass Pro Tour competitors.

Chickamauga hasn’t been all that kind to Weaver over the years – he finished 152nd there a year ago and 89th in an FLW Series tilt the year before – as he’s struggled to consistently find quality fish. If he’s able to escape the Tennessee River with a decent finish, it’ll give him a boost heading to LaCrosse, Wis., for the Mississippi River event.

“That place feels like home, honestly,” he said. “It has a lot of grass in it and I’m a grass fisherman by trade. An time they’re in grass, I get that special feeling.”

Weaver was the runner-up to Bryan Schmitt in the 2017 FLW Tour stop at La Crosse. It was one of the first times, he said, that he felt like he truly had a shot to win.

“It’ll be nice to go back and try to contend for the win,” he said. “Anytime I can catch ‘em in the grass, sign me up. You have a different mindset when you’re going somewhere that’s in your wheelhouse.”

With the addition of the 50-plus BPT anglers, Weaver knows the competition will be stiffer for the balance of the season. It’s something he welcomes, actually. Plus, it’ll give him a chance to reconnect with friends he used to travel with and compete against when they were FLW Tour anglers.

“I’m looking forward to fishing against them. I’m still close to a lot of them,” he said. “I know a bunch of people were not happy about them coming. I was on the fence when it came up, but the more I thought about it, I’m like, ‘Bring it on.’ I might get my butt handed to me the rest of the season, but I’m looking forward to trying to prove himself. 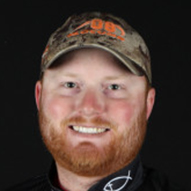