BACK
First One Without Many Top Stars 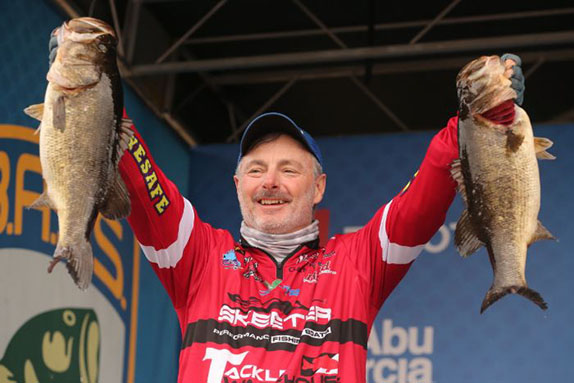 Mark Menendez says the Bassmaster Classic is still "the world championship of fishing and it'll remain as such."

A lot of the usual Bassmaster Classic storylines will be absent when the 50th edition of the event takes place in March at Alabama's Lake Guntersville. Kevin VanDam won't be among the field, chasing a fifth title to break the tie with Rick Clunn for the most ever. Neither will Aaron Martens, the four-time runner-up whose quest to get his hands on the brown trophy with the globe and fish on top has served as pre-tournament fodder for a decade and a half.

Those guys – and more than five dozen others – left B.A.S.S. in late 2018 to form the MLF Bass Pro Tour. The departees (36 of them) who qualified for last year's Classic via the '18 Elite Series competed at the Tennessee River, but this will be the first one without many of the big names who dominated the sport for the better part of the present century.

Will the whole Classic vibe be different?

"I don't think the anglers are going to feel much difference," said John Crews, who'll be competing in his 12th Classic. "I think some of the (casual) fans might come looking for those guys and they'll end up finding new people to follow.

"What that will do is allow everybody to get to know this Elite Series field better. There are some really interesting characters who are fun to follow who may not be household names just yet."

The top storylines this year will be the golden anniversary and the venue itself, which is sure to kick out some massive bags once again in the early spring timeframe. The last time the Classic came to Guntersville, in 2014, Randy Howell won with a three-day total of 67-08 – just a little more than 2 pounds off of VanDam's record haul from 2011 at the Louisiana Delta.

Paul Mueller, fishing as a B.A.S.S. Nation qualifier in '14, boxed 32-03 on day 2 for the largest bag in Classic history en route to a 2nd-place finish. He's in the field this year.

"I really think this Classic will be wide open and we don't know who some of the closers in this field are," Crews said. "We all knew about Kevin or Ike (Mike Iaconelli) or Edwin (Evers). This field doesn't have all that hardware, but there's some hammers in there. I'm going to try to be right in the thick of things."

Following are some thoughts from other 2020 qualifiers who've fished at least five previous Classics.

"I miss fishing against a lot of those (now-BPT anglers) because a lot of us grew up fishing together, but we've been through an entire year with the new guys and it's been nothing but positives. I've really enjoyed it.

"As for the fans, the older crowd might notice a little more of a difference than the younger crowd. For the anglers, the chaos of the Classic will still be there; it's a very full event when it comes to managing your time. Thankfully, I have the benefit of having been to several of them previously.

"A lot of people are excited about this being the 50th one and I think with the way things fell, you couldn't have a better Classic to have a lot of new blood in it."

"It's the world championship of fishing and it'll remain as such. It's the 50th anniversary celebration of what all of us have ever wanted to be involved in. The Super Bowl has only been around for four years longer than the Classic and it's the same thing as in pro football – it's the one game that really counts.

"Fishing is so popular there in north Alabama and a lot of locals who love to fish will be there. I think it's going to be a show that's better than anything we've seen before."

"It's the 50th Classic on a great fishery in prime time, so it's going to be an exciting deal. I'm sure some of the guys who aren't going to be there would give their left foot to be involved with it. I'm just thankful that I will be. 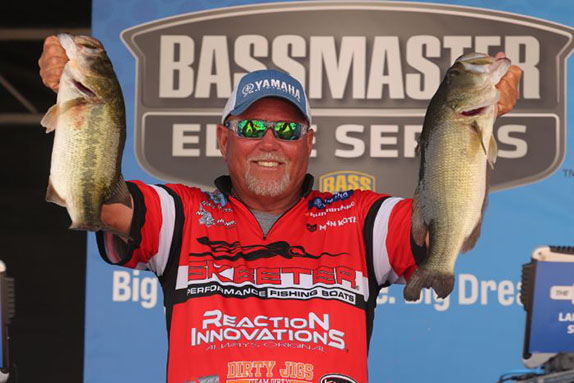 
Matt Herren says a new crop of stars is ready to emerge from the current Bassmaster Elite Series field.

"There are a number of characters in this one that some people haven't heard of yet and we haven't seen any lack of support from the fans – only interest and growth. I'm really looking forward to it."

"I was at a show in Chippewa Falls, Wis. last week and I talked to five people who are coming to the Classic. I think the biggest thing we're going to learn through all of this is that the B.A.S.S. shield means as much to people as the heroes do."

"It's going to feel like business as usual to me. It's still the Bassmaster Classic and somebody is going to realize their dream by winning it. It's the biggest stage in fishing, regardless of who's in it.

"There are hundreds of KVDs out there waiting to chase their dream and if there's anything that this (shakeup within the sport) has done, it's given them an opportunity to chase it that they otherwise might not have had.

"(The competition is) definitely not getting any easier out here. I'd hate to be on the outside right now and looking to get back in because that's going to be tough."

"I miss fishing against some of those guys, but I really don't think it's going to be much different. I think the real storyline is Guntersville – there couldn't be a better place and a better time to catch big ones, and the fact that it's number 50 means something.