BACK
Seminole Was High Point 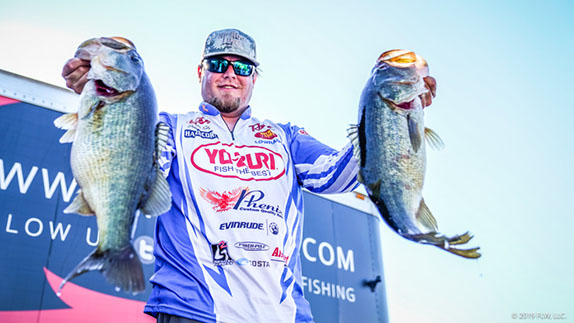 Braxton Setzer caught the two biggest stringers of his FLW Tour career at the 2019 Lake Seminole FLW Tour, where he finished a career-high second.

In eight of his first 17 FLW Tour events, Braxton Setzer failed to crack the top 100. In his last 12 tournaments, which includes the last two FLW Cups, his worst finish was 79th.

Avoiding the dreaded bombs on a more consistent basis has been a source of pride for the Alabama native over the past couple seasons. It’s also led to an ascension, of sorts, through the ranks culminating with his best season yet in 2019.

As a Tour rookie in 2016, he finished 88th in Angler of the Year points. He dipped to 114th the following year. The sweeping turnaround began in 2018 when he carded his first top-10 finish (at Lake Lanier) and finished 33rd in points. That momentum carried over to the 2019 season when he logged three top-20s, including a career-best 2nd-place finish at Lake Seminole, where he led after day 1. He was a fixture in the top 10 of the AOY points for much of the season and wound up 10th.

Earnings-wise, it was his most lucrative season to date with $63,700 collected – he’s banked $123,100 over the past two seasons versus $22,000 over his first two years – and he’s anxious to see if he can keep it up in 2020. Continuing to avoid those triple-digit finishes will be a key to that.

“I do take a lot of pride in that,” Setzer said. “I’m trying to get better every year and get rid of those finishes.”

Amidst all the shake-ups in the sport over the past 16 months, Setzer believes the best spot for him to compete, for now, is the FLW Pro Circuit. Pulling the chute on his progression to opt for the Bassmaster Opens didn’t appeal to him for the 2020 season.

“I worked my tail off to get to that level,” he said. “Obviously, I didn’t want to take a step back, but in my mind, I felt like it’s what I needed to do with the cards I was dealt. I’m going to take it and run with it and stay at the highest level I can for now and see where things lead.”

In order to maintain his upward trend, Setzer knows more hard work is in his future, which is fine with him.

“I sure hope I’m hitting my stride or continuing to progress,” he said. “You can’t ever tell. I can’t control the future. The only thing I can control is the effort I put into each tournament. In my first year, I remember Mark Daniels Jr. telling me, ‘You can be outfished, but you can never be outworked. If you start getting outworked, you’re going in the wrong direction.’”

Was In AOY Mix Until End

Setzer said he had “a good time” during the 2019 season, but still has areas to improve on and decisions he’d like to do over. The high point for him was at Seminole, where he recorded the two biggest stringers of his FLW Tour career with 25-15 on day 1 and 24-08 on day 3.

His downfall there, however, was a two-fish, 7 1/2-pound day 2 that surely submarined his chances to win.

“I have mixed emotions about that one,” he said. “That was a special tournament. I’ve had a couple tournaments where at the end of practice felt I could do really well, and it didn’t pan out. In that one it just evolved and got better and better. If things go a little differently – I only caught two fish on day 2. Some of that goes to decision-making and factors that were out of my control. Looking back, it was a lot of fun.”

His runner-up finish at the Florida-Georgia border lake came in the midst of his early-season surge that took him as high as fourth in the AOY standings after five tournaments. He was tied with eventual AOY winner David Dudley, just 27 points out of first. Setzer, though, tried to not get caught up in the what-ifs of the AOY race.

“I tried to stay out of that because I knew still had two events left,” he said. “Yes I was disappointed to slide down.”

He finished 79th at Lake Chickamauga and 64th at Champlain to finish the year, slipping out of AOY contention in the process.

"For whatever reason, the Tennessee River and I have a love-hate relationship. I just didn’t click there and didn’t figure it out at Chickamauga. Champlain was one I was really looking forward to. It was a different lake compared to the first time I went up there. I think I tied for the last check and lost a tiebreaker. It was not how I wanted to end the year but that’s how it played out.”

Setzer’s growth has been a step-by-step process dating back to his days as a co-angler, when he sponged up as much information as he could from his pro partners. He amassed five top-10 finishes as a Tour co-angler, including a win at Pickwick Lake in 2014.

When he moved to the front of the boat for the 2016 season, there was an adjustment period. He failed to finish in the money at the first five tournaments, but a 12th-place showing at Lake Champlain in the season finale was a much-needed shot in the arm.

“I had some low lows that year, but I ended with a good finish, which was my first cut,” he said. “That clicked with me as far as it showed me that if I put mind to it, I have the knowledge to compete at this level. That solidified my decision to step to the front. I took that and grew with it.”

Ever since, the learning process has continued. He’s gotten more comfortable breaking down water in practice and making decisions on the fly. The end result has been a drastic reduction in sub-par finishes.

“One thing I wanted to mitigate was the low finishes,” he said. “If you can ride around that check line, at the end of year, even if you don’t get every check, you’re probably going to the Cup.

“I’m not saying my work ethic has changed, but I’ve changed how I go about things. I’ve gotten more comfortable with my decision-making and how I approach tournaments. I’m not going into them looking to not bomb. It’s more about finding areas to be successful and maybe compete to win. If you’re on middle-of-the-pack fish and you struggle, that’s when you bomb.”

When asked to assess the areas in which he’s improved the most as an angler over the past four seasons, Setzer said that might be better left to an outsider to answer. He does feel, however, that his skill set has expanded to a point where he’s not intimidated by venues he’s not seen before.

“I feel I learn something every time I step on the water and I try to turn those opportunities into something that can better me in the future,” he said. “I feel like I’m more attentive and pay attention to current conditions and I’m building that wealth of experience and knowledge to advance in the future.”

Keeping things simple has also been a key contributor to his success.

“The biggest thing I’ve noticed is not to over complicate things,” he added. “I felt like that first year or two, I was trying to do too much and go outside of my comfort zone. I was not listening to myself. I’ve toned that back as far as what all I try to do in a tournament or practice.”

And now his comfort zone is beginning to expand.

“Leaps and bounds every year,” he said.

Being from Alabama, Setzer was raised as a power-fisherman. Spinning rods were sneered at and snickered about, but he’s had to incorporate and improve upon his finesse tactics in order to compete at the Tour level. It’s to the point now where he may be a better finesse angler than anything else.

“I take a lot of pride in that now,” he said. “I would have never thought it growing up. We used to make fun of fairy wands, but now if I can have nine or 10 spinning rods on my deck, I’m happy and enjoy that.” 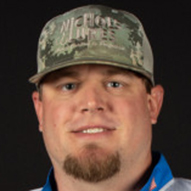