Thrift Thrilled To Get BPT Call 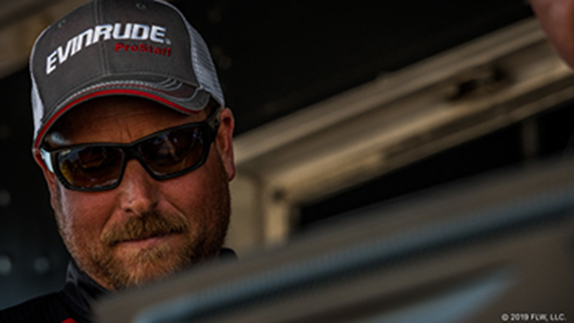 Bryan Thrift is anxious to see how his fishing style matches up with the MLF format during the 2020 Bass Pro Tour season.

While many of his fellow FLW Tour competitors have spent much of the offseason wrestling with which circuit they will be fishing in 2020, Bryan Thrift sat back and waited.

Following the sale of FLW to Major League Fishing, changes announced to the former FLW Tour (now called the FLW Pro Circuit) prompted some competitors, including some longtime FLW Tour fixtures, to opt for the Bassmaster Opens in 2020 as they pursue a bid to the Bassmaster Elite Series.

Thrift, however, opted to stay the course. Not that the Elite Series doesn’t appeal to him, but he was content going into 2020 being the among the headliners on the revamped Pro Circuit.

That all changed when his phone rang the Sunday before Thanksgiving. It was Boyd Duckett, co-founder of MLF, calling to gauge Thrift’s interest in being added to the Bass Pro Tour field since Brandon Palaniuk and Gerald Swindle had informed Major League Fishing of their desire to depart the BPT.

Thrift didn’t need or want any time to mull it over.

“It was a case of I’ll drive to Alabama and give you a hug,” Thrift said, recalling the swiftness with which he accepted the invitation. “As soon as he got the words out of his mouth, I said, ‘Yes sir, I’ll take it.’”

The call was unexpected, but Thrift was grateful to receive the opportunity.

“It was one I was hoping to get, but you didn’t know if it was going to happen because when they started the Bass Pro Tour they invited their 80 guys and they weren’t going to add places,” he said. “I figured the only I’d have a chance to get in was if somebody did want to go elsewhere.”

Thrift, a two-time FLW Tour Angler of the Year and the 2019 FLW Cup winner, will join David Dudley, a four-time FLW Tour AOY and a former Cup winner as well, as the newcomers to the BPT in 2020, effectively dousing speculation about where two of FLW’s stalwarts will continue their careers.

“It’s a great opportunity to make a living bass fishing,” Thrift said. “Looking at it like any other professional sport in the world, whether it’s football or baseball, the top performers aren’t paying $1,000 a down to play football. They’re getting paid to play. That’s essentially the direction that MLF and BPT are going. We’re not paying to be professional athletes.”

Thrift, known as much for his fierce loyalty as he is for his run-and-gun fishing style, opted to stay with the FLW Tour for the 2019 season despite receiving invitations to join the Bassmaster Elite Series and BPT last offseason.

“It was late in the year and I’d already made a commitment to fish FLW,” he said.

He proceeded to turn in yet another superb season, highlighted by three top-10 finishes and capped off by his Cup win at Lake Hamilton in August. Looking back, he has no reason to second-guess his decision to remain with FLW.

While the offseason and the here-or-there decisions weighed on other anglers, Thrift tried to keep an even temper about it all.

“I’m not going to say it’s been stressful because I knew I had a place to fish where I could make a living on the FLW Pro Circuit,” Thrift said. “Worst-case scenario, I’d still be fishing a pretty good trail and be able to make a living fishing. It wasn’t that bad as far as that goes. Was it an ideal situation? No, it wasn’t ideal just knowing that I’d just won the Cup and then having to fish a not top-tier trail.”

Thrift said his exposure to the MLF format amounts to the live streams he watched of a few BPT events this past season. From the limited time he watched, he quickly realized he’ll have to make some adjustments to how he approaches a day.

“It’s very interesting,” he said. “It’s one I’m concerned about because now that I’m going to fish it I think back to all of the days I had where I’ve had seven or eight bites. The end result looks good on paper, but realistically I only caught six or seven fish. That’s something I’m going to have to get away from. I’m going to have to be constantly on the move if they’re not biting to try to figure out how to get bites. I think that’s going to be the hardest thing for me to learn – making sure I’m staying after it and making sure I’m finding fish that are biting because you’re not going to have time to make them bite.”

He thinks the biggest adjustment will take place before he makes a competitive cast.

“I think the hardest thing for me is going to be figuring out how to utilize two days of practice the most effectively. I’ve always competed with three days of practice. I’ve got to figure out how to condense how I like to practice over three days into two days. That’ll be the thing I have to work through the most. Being able to go into one section of the lake and spend four or five hours, I won’t be able to do that to dissect every aspect. I have to touch on little things and get little pieces of information and roll with it into the event.”

One thing that won’t faze him is the level of competition. Whether on the FLW Tour or in events like the Toyota Texas Bass Classic (which he won in 2012), he’s gone head to head with virtually everyone on the BPT roster.

“I’ve never really concerned myself with the anglers I’m fishing against,” he said. “In my book, every angler out there is a good fisherman. I’ve competed in the TTBC a number of times when it was the top 15 from FLW and the Elite Series and had quite a bit of success doing that. Essentially, you still have to catch fish no matter who you’re fishing against.” 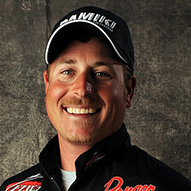