BACK
Locked Into Classic 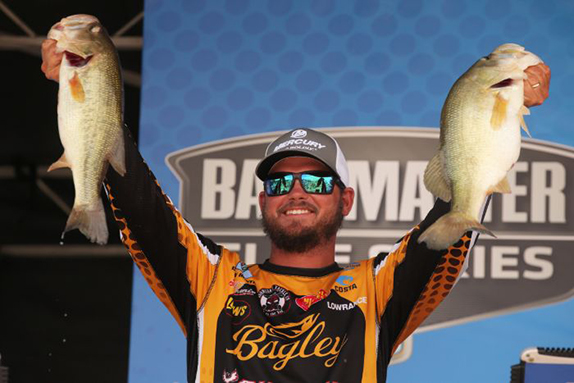 Drew Benton put together his best season on the Elite Series in 2019 and could finish the year in the top 10 in points.

Drew Benton likes knowing he doesn’t need to catch a bass at Lake St. Clair during the Elite Series Angler of the Year Championship. He likes knowing his berth in the 2020 Bassmaster Classic is already secured by virtue of his best season to date as a pro. He also likes that he went the whole season with no finishes on his ledger that he’d consider “a bomb.”

Surely, there was plenty to like about Benton’s 2019 Elite Series season, especially after the tumultuous offseason that preceded it. He achieved a level of consistency that’s eluded him in the past. His worst finish was a 37th at Winyah Bay in April, but he rebounded with four straight top-20s prior to finishing 31st at Lake Tenkiller last week. He’ll enter the AOY event ninth in points, 56 points behind current leader Scott Canterbury.

His consistency, he says, is a product of the unique vibe that seemed to permeate the Elite Series field this season. With a smaller field (75 anglers) and a lot of new faces in the group, it had a tighter-knit feel compared to past seasons.

“I can’t describe it,” Benton said. “I felt different this year. A lot of it had to do with the events in the fall and events that went on through the season.”

He said there was a sense among Elite Series anglers that they banded together this season and supported each other despite being fierce competitors on the water.

“As an organization and a group of guys we had something to prove and I’m not saying I fished harder this season, but it meant more this year,” Benton said. “I fished my tail off in every aspect.”

The lead-up to the 2019 season was unlike anything Benton had ever experienced, though.

After a 54th-place finish in Elite Series points, Benton was among the initial 80 invitees to join Major League Fishing’s expansion Bass Pro Tour. After some deliberation, he opted to decline and return to B.A.S.S.’s top circuit. It was a stressful time riddled with questions and uncertainty, but he felt confident in the choice he made.

Then came the devastation of Hurricane Michael early last October. The storm walloped the Florida panhandle, where Benton was born and raised and still lived. All that was familiar to him was suddenly in ruins. His home in Panama City received some damage, as did his parents’ home. He put his past experience as a heavy equipment operator to work, helping a tree-removal service, while at the same time tending to the needs of his family while trying to get prepared for the 2019 season.

Understandably, fishing took a backseat for much of the offseason and that left him little time to get things in order before the season opener at the St. Johns River in early February.

“That storm knocked us on our heels and I wasn’t prepared for the season,” he said. “I just went fishing. It was a case of I just threw stuff in the truck and went fishing. I kept it all simple and that felt like the biggest thing. I had several bad practices, but just rolled with it and didn’t worry. Usually, I’d get stressed out if I wasn’t catching them.”

With six years under his belt at the pro level before this season, Benton feels like he finally put that experience to use.

“The ability to stay relaxed and loose and roll with the punches and fish off instinct and feel, that comes from years of being here,” he said.

That and the motivation stemming from his decision to stick with B.A.S.S.

“I felt like I had to carry the flag,” he said. “I felt it was left to the ones of us who stayed.”

Also contributing to his success was sharing information with fellow competitors and travel partners David Mullins and rookie Drew Cook. All three have secured Classic berths while Benton and Cook can claim top-10 finishes in points with solid showings at St. Clair.

In the wake of Michael, Benton and his family earlier this year relocated to Blakely, Ga., which puts him equidistant between Lake Eufaula and Lake Seminole. He bought a 62-acre farm out in the country with ample hunting opportunities. His parents are currently living in his old house while their home is being rebuilt.

“It was good timing for us,” Benton said. “Out in the country is where we want to be. The hurricane destroyed all the hunting habitat I was used to in Florida, so this was a good move for us.”

Benton said it means a lot to not have to deal with any of the points pressure others will feel at St. Clair, but that doesn’t mean he’s going to mail it in. In his only other tour-level visit to St. Clair, Benton finished 87th in the 2017 Elite Series tournament there.

“It’s taken a lot of pressure off,” he said. “I’ve been as laid back during the second half of the season as I can remember. It’s just a different feeling all year. When you fish loose, you fish better and I’m just going to have fun this week. There’s not much damage I can do.

“It’s going to be a fun tournament whether I catch a pile or not. I want to win. I’m here to have a good time, but I want to beat them all into the ground. I just might not be out there in five-footers running across the middle of the lake.” 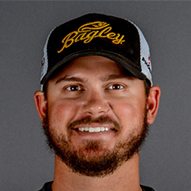