Iaconelli Stuck With Largemouth In Finals 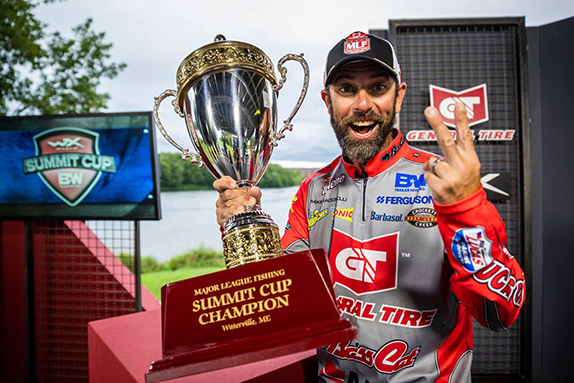 Mike Iaconelli has made the Championship Round in both MLF Summit Cups held in Waterville, Maine.

When the middle of August rolled around last year, many MLF Cup anglers had not made a cast in competition since the Lake Oahe Elite Series in late June.

Not Mike Iaconelli. He made efforts to stay sharp and he thinks it helped him prevail at the MLF Summit Cup, which played out across a handful of lakes near Waterville, Maine.

The lull in the schedule was created after the Elite Series event at the Upper Chesapeake Bay, scheduled for late July, was canceled due to flooding. It set up a scenario where many anglers went about seven weeks between competitive casts.

“A lot of guys turned it off, but I kept it turned on,” Iaconelli said. “I fished some club tournaments at home. It was great. I fished some lakes I hadn’t fished in years. I was just in the mindset of continuing to tourney-fish. Plus, I got to be home with the kids, but I went out of my way to fish those two tournaments to stay in that mindset.”

The Waterville area was kind to Iaconelli when MLF first visited in 2015. He finished 3rd in the Summit Cup that year. This time around, he made daily adjustments to collect his second MLF Cup win by tallying 59-02 (30 fish) in the championship round at China Lake.

“Those things are hard to win and it doesn’t happen very often,” he said.

He said there was no real theme to the week other than maintaining an open mind, then picking up on the nuances that might define a productive pattern.

“There was nothing that carried through the week,” he said after becoming the third different angler to win multiple MLF Cups. “Each of the rounds was different. The first two were dominated by smallmouth and the last round was all largemouth. It was classic MLF. You have to fish by the seat of your pants every time they take us to a new place.

“The overall mindset, as always, with MLF is to keep an open mind and fish fast until I get multiple bites doing something. That’s the most important thing. That’s how you fish those events. The biggest key was deciding to fish largemouth and committing to it and commit to docks the whole time (on the final day). I saw other guys do well going in and out. They’d hit a couple docks, then move to the end of a shoal. The key for me was once I figured it out and refined it, that’s all I did. I focused on it and hit as many docks as I could physically hit. I was worn out.”

Here’s a rundown of how Iaconelli worked his way through the week at Waterville.

Iaconelli’s competition got started on day 2 of the Elimination Round at Great Pond, an 8,500-acre lake that’s part of the Belgrade chain of lakes west of Waterville.

He called it the “worst best day of MLF” he’s had after placing 5th in the 10-man group (the top six in each of the three Elimination Rounds advance to the Sudden Death Round). He relied on a jerkbait and a dropshot to catch 10 smallmouth while a 2-12 largemouth – his only green one of the day – fell for a jig around mid-day.

“That one fish is probably what got me in,” he said.

Without that fish, he still would’ve advanced, but it illustrated the scrambled nature of the day.

“It was one of those days where I never put a finger on what the dominant pattern was,” he said. “I was lucky to get out of that one and make it to next round.”

He threw the jerkbait around boulders sticking out of the water while the dropshot came into play in the second period off the deep side of a shoal.

For the Sudden Death Round, Iaconelli was dispatched to 3,700-acre Messalonskee Lake and came within three ounces of winning the nine-man group. The most important number, though, was 22 pounds, which was the pre-determined target weight for the day. The first four anglers to eclipse that mark would automatically advance to the Championship Round.

Iaconelli started fast, catching five smallmouth in the first 40 minutes, including a 3-03 that was his big fish of the week. He quickly discovered a wacky-rigged soft stick worm was irresistible to the Messalonskee smallies.

“I got a bite early on a wacky rig and that set the tone,” he said.

By 9:30 a.m., he’d racked up 12 fish for 21-13, but it took him until afternoon to surge past the 22-pound mark and clinch a berth in the Championship Round of a Cup event for the fourth time. 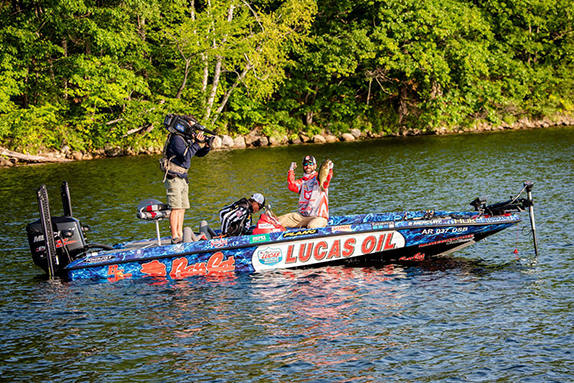 
Iaconelli shows off one of the 13 smallmouth he caught during the Sudden Death Round at the Summit Cup.

“It took me longer than I thought,” he said. “The fishing revolved around something I see in Poconos, too. Instead of skipping jigs around docks, I got bit on anything not connected to shore – swim platforms or mooring jugs. That was the key.”

Having employed finesse tactics over the first two rounds at lakes with very clear water, he figured it’d be more of the same in the finals.

The scene shifted to China Lake for the Championship Round. At just shy of 4,000 acres, its wealth of vegetation was a bit of a curveball to Iaconelli.

“It had stuff you didn’t see in those other lakes,” he said.

He’d fished at China three years prior, during the 2015 Summit Cup, in which he finished 3rd in the finals. The past experience gave him an idea of what to expect.

“It sort of made me go with the hunch that it’d be largemouth dominated,” he said. “With cloudy, windy conditions, I thought you’d be able to chunk and wind.”

His first eight fish, including a pair of 3-pound largemouth, were caught by mainly targeting docks using a small profile half-ounce jig.

“That little jig was the key,” he said. “I figured it out early and that gave me some momentum. About halfway through the second period, I figured out what kind of docks they were on and it was like a slap in the face.”

Up until then, he’d been fishing every dock, but he eventually began keying on ones that had a pontoon boat or a big powerboat tied up to it. That made it more challenging to land the fish, but he managed to swing 30 in the boat for 59-02 to beat Brandon Palaniuk by five-plus pounds.

“There was an important decision I made early on,” he said. “I found the jig pattern early, but with 30 minutes left in the first period, I went to fish something different because I was worried they wouldn’t replenish and I’d run out of docks. I ran to isolated wood, which was another pattern. Usually, if I saw a log or stick it would have a largemouth on it, but I did that and caught one keeper so I ruled that out. That helped me know what I wanted to do.”

He opened the second period on what he called his best stretch of docks and caught a keeper off the third one he came to. Same thing with the sixth dock.

“That was a huge answer to the question of whether I could go back on key docks and stretches,” he said. “Everything has to fall into place to win those. I landed 30 on the last day and I had only two bites I missed all week. Everything else came in the boat. That’s unheard off. When that happens, it’s your time to win. I can’t remember the last time I fished docks and landed that many.

“I landed a lot of fish I shouldn’t have landed. I had to put it as far back as I could between the powerboat and dock. That was the game – putting the bait up and over or under stuff. It was strange because those conditions were not classic dock conditions.”

But the environment reminded him of natural lakes he’s fished in New Jersey and the Pocono Mountains.

“On those glacial lakes with docks and grass, I’ve seen it before where they get really keyed in on that feature next to the dock,” he said. “I’m not saying other guys didn’t hit docks, but no one committed to them and part of that was because at face value it didn’t look like a viable dock day. I just committed to it and ran with it. My theory was if I can hit 800 docks in a day, then it became a numbers game.”

> Iaconelli sliced off two segments of the Chigger Craw to reduce its size profile and dipped the tips of the flappers in chartreuse dye. He also applied the Liquid Mayhem attractant to the skirt every 20 casts or so. 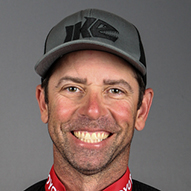