BACK
Clunn Not A Fan Of Format 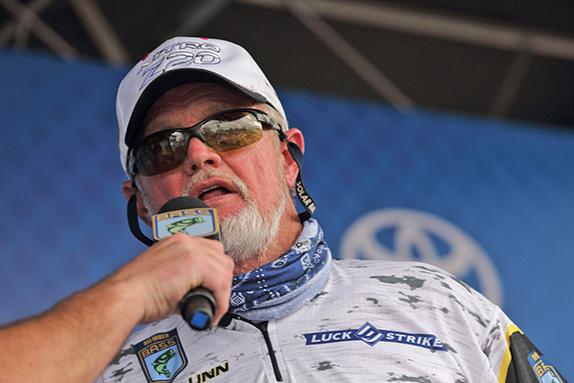 In Rick Clunn's view, a lot of luck will be a major factor in Bass Pro Tour victories.

Rick Clunn, Larry Nixon and David Fritts have collectively been around the sport of professional bass fishing for more than 100 years. They have seven tour-level championship victories between them (Bassmaster Classic and Forrest Wood Cup) and each has at least one Angler of the Year title. Clunn and Nixon are in the Bass Fishing Hall of Fame and Fritts undoubtedly will be before long.

None of the veteran trio are scheduled to compete on the newly announced Bass Pro Tour next year, but all have opinions on various aspects of it and how it will alter the cast-for-cash landscape. They agree that the pro angling community should derive benefits from such a major shake-up, which has forced flagship organization B.A.S.S. to make dramatic concessions to Elite Series anglers in a quest to keep some of them in the fold, but they're not totally in lockstep regarding some of the BPT details that have been revealed thus far.

"Stuff like this, in the short run, should be very positive for the sport," Clunn said. "In the long run, who knows what it will do? Things are still so unclear and it'll probably take 2 or 3 years to pan out. Can any of these organizations live up to what they're talking about right now?

"In all walks of life, at least business-wise, it takes competition to get things right. Overall, I think it's great for some people because it's going to create another opportunity to make a living, and it'll hopefully open some more channels for young anglers who are in high school or college."

Putting the whole entry fees-vs.-payouts component aside for the moment, the three legends have differing takes on the competitive format of the BPT. Nixon and Fritts are fans of the Major League Fishing style, under which all legal-sized bass count toward an angler's total as they're weighed on the boat and immediately released. 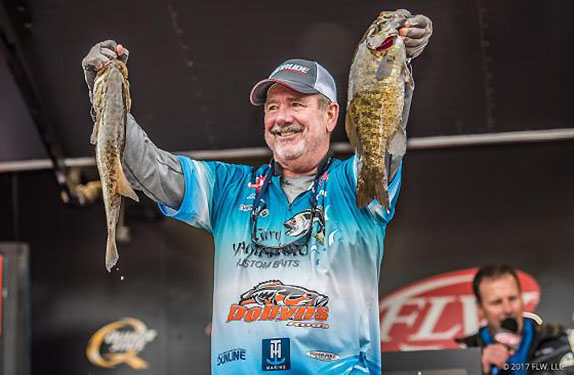 
Larry Nixon said he'd love to take a crack at the BPT format if he were in the prime of his career.

"I did that at the (Toyota Texas Fest) and I really like it," Fritts said. "It can cost you a little bit of time if you're on a school of 4- and 5-pounders – putting every one on the scale can give the school time to settle down after you've gotten it fired up – but I think it makes things interesting.

"I enjoyed knowing exactly what I had to the ounce. Some guys didn't like it, but I did."

Said Nixon: "I watch MLF on TV a lot and I like the different way they keep score. To me, that's the ultimate for the fish themselves – catch them, weigh them, put them back in the water and go on about your business. There may be a 1-ounce discrepancy in the scales that you'd never know about, but when you're catching that many, it might not matter."

Clunn, however, views the scenario as a situation under which all of the competitors and their onboard officials become quasi-tournament directors and he's not a proponent of so many different devices being used to determine the outcome.

"You're just asking for a tremendous amount of human behavior to stay positive," he said. "I've always believed that all of the fish should be weighed on one scale and one tournament director should be making the important decisions. If you've got 80 scales and 160 tournament directors, it's just human nature that there are going to be mistakes.

"I've had some marshals who were real hardcore and some who just wanted to be your best buddy. I had one fish (at Texas Fest) that I hadn't even bumped up yet and the guy was like, 'Oh yeah, that one's long enough.' I've had fish on the scale and the numbers were still bouncing around and the guy would say, 'Okay, 2-12,' then I'd wait for it to stop bouncing and it'd be 2-10, and I'd just cost myself 2 ounces. The guy wasn't trying to cheat, he was just trying to be nice, but that kind of thing can make a difference." 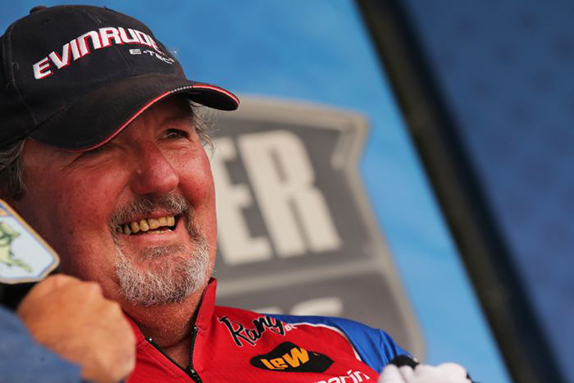 
David Fritts enjoyed the catch-weigh-release format on the limited number of occasions he's had to fish under it.

He also isn't wild about BPT finalists having their weights zeroed out prior to the championship round and the winner being determined by a single day's catch.

"One day could be 30, 40 or 50 percent luck – somebody could catch a 10-pounder. With 2 days you probably knock that down to 20 percent luck and with 3 and 4 days, less than that. It has to be at least 2 days to allow really top-notch anglers to overcome somebody who got lucky.

"If I were to win or lose one of those tournaments, I'd hope it would be by pounds and not just ounces. If you've got the top 5 guys within a few ounces, you don't know who the true winner is. A bunch of different scales don't allow for that."

Corrections will Settle Out

Fritts, who like Clunn will be back on the Elite Series in 2018, doesn't see B.A.S.S. being irreparably harmed by the defection of many of its top stars to the BPT.

"It's been around too long and it's too good of an organization," he said. "After a little correcting, maybe we can get back on track to where a guy can make a living doing this. The way it's been, you had to have really good sponsors to even survive.

"It might weaken everybody a little bit by moving the fishermen around, but there's lots of good fishermen at the levels right below who can step in and fill the shoes of the ones who leave. When it's all said and done, some guys who made the move (to the BPT) are going to wish they hadn't and some are going to wish they'd left when they had the chance, but that's true in anything. What it boils down to is it's good for the sport – anglers will have a little more control rather than being controlled."

Nixon, who'll fish his 42nd tour-level season on the 2019 FLW Tour, said he'd like to give the BPT schedule a try, but doubts he'd be up to the rigors of a 14-tournament slate (including four MLF Cup events) due to nerve issues in his hands that have plagued him for years.

"Seven events is enough for me, and if I make the Cup that's eight, and that's plenty," he said. "I'm still smart enough to catch as many fish as most guys, but I'm not able to land a lot of them. It's hard to do your job when you're crippled up.

"But I wish those guys the best. They may find out that some fishermen are very good in that (format) who maybe weren't as good in regular tournament competition and it might be a monster attraction for sponsors, and some of those sponsor dollars could filter down to the fishermen.

"I wish I was 35 years old," he concluded. "I'd probably be bending some ears and saying I want in."