BACK
Overcame Bomb In Opener 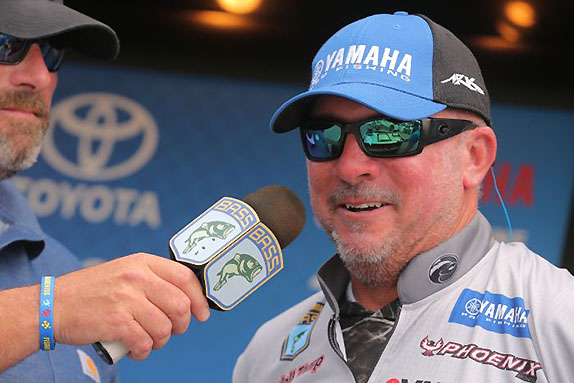 Randall Tharp has a chance to qualify for his fifth career Bassmaster Classic this week.

Randall Tharp holds himself to a pretty high standard when it comes to his performance on the water.

He was in the hunt for the 2016 Bassmaster Elite Series Angler of the Year title and wound up finishing third, behind winner Gerald Swindle and runner-up Keith Combs. Being in the hunt isn’t what Tharp is interested in, though. He’s wired to compete to win. Anything else is considered a disappointment, a failure even.

By that measure the 2017 season barely registers on his sonar. He started the season with a top-12 at Cherokee Lake and a 25th at Lake Okeechobee, where he’s twice cracked the 100-pound mark in FLW Tour events. He then logged two money finishes over the final seven events and wound up tied for 51st in the points race, six points shy of making the AOY Championship tournament.

He had a dismal beginning to the 2018 season at Lake Martin (102nd) to put himself in an early hole, but rebounded with seven straight top-70 finishes, including a pair of top-12s, to position himself for a run at berth in next year’s Bassmaster Classic in this week’s AOY Championship at Lake Chatuge along the North Carolina-Georgia border.

“I set goals of making the Classic and being in this AOY event when the season started, but to say I’m satisfied being 33rd (in points), I’m not,” he said. “I’m realistic about my expectations because I know what I’m up against. These guys are good. It’s crystal clear what I’m capable of doing and what it takes to win, but some of these guys are just on another level right now.”

He pointed to Justin Lucas as an example. The points leader entering this week’s tournament at Lake Chatuge has been a close friend of Tharp’s for several years, dating back to Lucas’ days as an FLW Tour co-angler. After not qualifying for this year’s Classic, Lucas has bounced back with a vengeance, notching six finishes of 13th or better, including top-12s in the last four Elite Series derbies.

“I hate to say it, but he could be my son,” Tharp said. “I honestly didn’t think he had it in him when he was a co-angler. I understand why he’s about the only one who came up that way that’s transformed into a real talent. He’s super smart and a way better fisherman than I gave him credit for. I’m proud of him for what he’s doing now. Like him or not, he’s going to kick your butt and that’s cool. I like that about him.”

After the letdown at Lake Martin, Tharp endured the lengthy layoff before the Elite Series season resumed at Grand Lake in late April. An avid golfer, Tharp likened it to getting a mulligan.

“Going into the final day, I thought I was going to win,” he said. “I thought I’d beat Kevin because I felt like it was coming to me. I’ve won against these guys and it’s not easy and to have chance up until the last 5 minutes is a good feeling. I’ve had my share of wins and my share of 2nds and 3rds, but by far, that was the highlight of the season. Going into that last day and to turn the season around after Martin. It was about righting the ship. I did not have a good practice. It was one of those deals where it went my way that week.”

The Mississippi River was another event Tharp felt like he had in his grasp only to have it wrestled away on the final day. Tharp held the lead entering the final day, but his jig pattern began to fade as the tournament wore on.

“I just got beat … Ish beat us,” Tharp said. “Ish, myself and Jacob (Powroznik), none of us knew who won before we weighed our fish. I thought I had more than what I had. Powroznik thought he had way more and Ish thought he had less. It felt like it could go an ounce or two either way.

“I called my wife two hours into practice that week and told her if it doesn’t flood, I’d blow it away. I got two days out of it, but I needed three. That was the coolest tournament of the year. Ish won and he never practiced where he won. It changed that much. He was the best at adapting that week. Mine was going away and his was coming to him.”

Tharp said the line between where he finished in points a year ago where he’s at right now is nearly indiscernible. He attributes that to the level of competition in the Elite Series and how much the smallest amounts can matter.

“It’s so fine and I think Jason Christie described it well in a recent article,” Tharp said. “The average guy who follows the sport has no concept how powerful 1 ounce is in an Elite Series event. Four ounces can amount to $50,000 at end of the year. Last year and this year are by far the strongest fields ever. Am I fishing differently? Honestly, it’s really close. It could be as simple as the schedule was better or a 5-pounder got off. It’s that close. Guys like Jason are behind me (in points) and where he’s at is uncharacteristic.”

At Chatuge, Tharp’s main motivation will be keeping his name on the good side of the Classic cutoff, which figures to be around the top 37. Again, if he slips past that, how he classifies the season will shift dramatically.

“The Classic is a huge factor every year and it’s always a goal,” he said. “That’s the main goal this week. I don’t know how much money I can make being in the middle of the pack. I may lose a little or make a little, but that Classic spot is the most valuable thing. It’s another guaranteed payday and it’s a valuable bargaining tool for when you negotiate contracts at the end of the year. It still has value.”

Aside from the season opener, Tharp had a consistent season. When he missed the money cut it wasn’t by much. In the three other tournaments – Sabine River, Lake Travis and Lake Oahe – that saw him fall short of the top 50, he missed the cut by a collective 4-07. Of the three, he said he’d want a do-over at the Sabine.

“It was my second time down there,” he said. “On my first trip, I had a good first day and a bad second day. I was fishing in Louisiana. Looking at the schedule, that place just sucks and you know it going there, but that tournament gives me a chance to win. I watch Greg (Hackney) win and how he did it and I feel like I can hold my own fishing like that with anybody.

“That stung a little bit, especially after watching Greg and Bobby (Lane) and Justin. I tried to make it too damn hard. It was all about the decisions I made.” 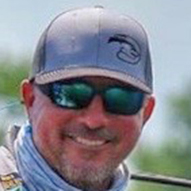