BACK
Trio Of Bombs Hurt 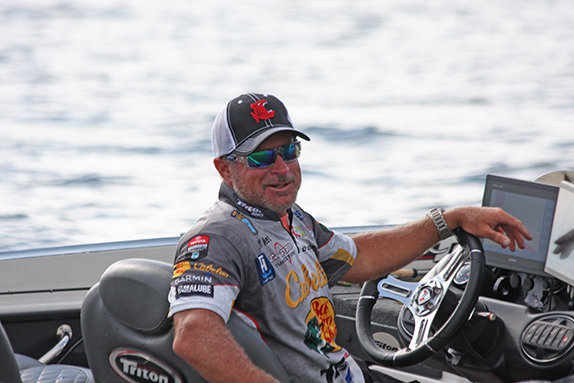 Jeff Kriet endured a frustrating Elite Series season, but was encouraged by how he finished the year.

Just about the time Jeff Kriet seemed to be hitting his stride, the 2018 Elite Series season came to an end.

After absorbing three finishes of 96th or worse in the first five events, Kriet closed the year with three top-40 showings up north – his first such streak since 2011 – leaving him feeling refreshed and frustrated at the same time.

“If I had a tournament tomorrow, I’d expect to do well,” he said. “When you miss two cuts in a row, it seems impossible to make one, but when things are clicking, you feel like you can’t do anything wrong.”

Kriet, who last qualified for a Bassmaster Classic in 2012, started the season by missing the cut in the first three tournaments by progressively larger margins. The low point came during a two-week sequence at the end of April and the start of May during which he finished 96th at Grand Lake in his home state of Oklahoma and then logged a 104th at Kentucky Lake, where he’d posted top-12s in two previous Elite Series events.

He bounced back with a season-high 19th at Lake Travis, then hit the skids again with another 104th at the Sabine River.

“I got seven points in two different tournaments,” he said. “You can get away with one of those, but not two. If I make those top-70s, I’m close to making the Angler of the Year Championship.”

As it happened, Kriet finished the year 76th in points, his lowest showing in the six years since his last Classic berth.

Kriet’s history at Grand – he was 38th there in 2006 and 2nd the following year – combined with his Oklahoma roots would lead many to believe he’d be able to crack the springtime code at the grassless Grand River impoundment. He thought so, too.

“I got dialed into the wrong bite,” he said. “I shook off too many fish (in practice). I got so many bites and assumed if I’m getting that many bites, I was gonna catch 3-and 4-pounders. I ran to where I caught them in the tournament, behind docks, and those bigger fish were gone.”

Heading to Kentucky Lake the following week didn’t help. The fishing was inconsistent for various reasons and he got caught up in the mindless game of flipping bushes.

“I hated Kentucky Lake because it was random,” he said. “There were a few fish out and few in the bushes. When everybody is flipping the same bushes, you have to flip 10,000 in a row hoping to get a bite. I hate that type of fishing. I’m a pattern fisherman to a fault. I had a bad attitude and when you have a bad attitude you suck.

“I have to keep a better attitude in those tournaments I don’t enjoy. Maybe on a place that’s tough maybe you don’t practice daylight to dark. So often, if we’re not dialed in and practice is awful you feel guilty if you’re off the water before dark. Maybe I’m better off getting off the water and resetting and getting some sleep.”

The Sabine River tournament was the other one that irked Kriet. It was another venue where he’s had success – 7th in 2013 – and before practice was over, he felt like he was around the right caliber of fish to challenge for the win even if it meant running 180 miles one way.

“I’d have bet you my boat I’d have made the top 12 there,” he said. “By the third day of practice, since I was making a long run, I didn’t go out. I just worked on my boat. I was running across Galveston Bay and I was getting 35 2-pound bites in two hours.”

When the competition rolled around, the tide betrayed him and left him scrambling for 1-pounders. Day 1 saw him weigh 2-01 (two fish) and he mustered four fish on day 2, but the damage was done – another triple-digit dud.

“Here’s why I didn’t catch ‘em: The charts said it’d be a great tide and it was a good tide, but there was no flow,” he said. “You make that decision when you make the run. I rolled the dice. Nobody wouldn’t have made the run if they were in there with me in practice. I told (my roommate Todd) Faircloth I was going to win. I never say that.

“Two of us ran over there and we both finished in the 100s. You don’t make that run to go catch a limit. I thought I’d have 13 to 15 pounds and average 11 to 13 a day. Everything was perfect. The first day was a long day. I had no marshal and I fished in there for four hours. I can’t blame it on the time thing. I just didn’t get any bites.”

Kriet was among the crowd of anglers who wanted the Chesapeake Bay Elite Series event to proceed as scheduled. It would’ve given him one more swing at earning enough points to salvage his season. As it played out, he got things turned around during the northern/smallmouth swing.

“I’m not going to lie and say if we fished there, I’d have made the AOY, but I was one of the guys who wanted to fish it,” he said. “The fishing was awful, but if I somehow could’ve pulled it out, with one more tournament, there was a chance. I’ve watched Faircloth make the Classic in two tournaments after being in the 80s.”

After posting a 35th- and 38th-place finishes at the Mississippi River and Lake Oahe, respectively, in back-to-back weeks in June, Kriet came to the St. Lawrence on a bit of a roll. Smallmouth derbies have been a nemesis of his in the past – he’s never made a check at Lake St. Clair or the St. Lawrence – but the fishing was so good out of Waddington, N.Y., he was able to keep the momentum going.

“In the past, I always tried to be way too specific like hold in the current and fish certain spots,” he added. “You can’t do that. You want to be sort of specific, but you need to cover more water there. I’d make one or two drifts and catch a couple and go to another place. When you get in a groove it makes those ones you struggle in more frustrating.”

> Kriet is a veteran of Major League Fishing competition where practice is not allowed and anglers are not allowed access to information about venues. He says the no-practice/no-info rules seem to suit his style better than the multiple days of practice model used by the Elite Series.

“I hate practice,” he said. “It’s ridiculous to practice three days for a chance to fish two days. At some lakes, we practice for three days on a lake like Cayuga or Oneida and beat the fish up even before we start. I’ve always been the guy who voted for two days of practice and letting the whole field fish three days. The way it is now, you have one bad day and you’re done.

“The perfect tournament would be five days long with no practice. To me that’s the ultimate tournament … and no anglers get to talk to each other.” 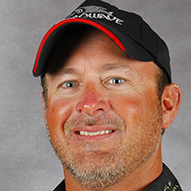