Do You Know How To Neko? 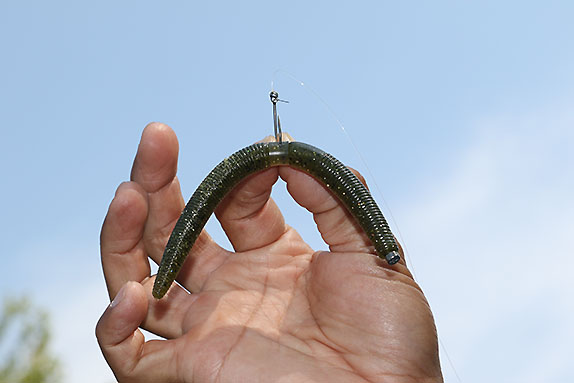 The Neko rig is one of the most popular of the finesse techniques for its versatility.

Put Randall Tharp in front of shallow cover and he'll usually try to make magic happen with power-fishing techniques. But that’s not always the best route to go and when scenarios call for a lighter, more manipulative presentation, the Elite pro from Florida picks up a Neko rig.

“I love to power-fish, but it does not work everywhere,” Tharp said. “We’re faced with so many different conditions from South Florida to Canada to the West Coast, there are times when you just need to leave those rods in the box. With the competition that I fish against in the Elite Series, you have to be proficient at a variety of techniques.

“The Neko rig is definitely my favorite finesse technique and over the last 4 or 5 years, it’s been kind of my crutch; my ace in the hole. No matter where I’m at in the country, I know I can pull that out and get some bites.”

Generally defined as a nail-weighted wacky rig, the Neko rig brings a similar wiggle and shimmy that has made the former so popular; only you won’t wait all day for it to reach bottom in deeper spots. Tharp says he favors the Neko over, say a dropshot, due to the former’s drawing power.

“I think it does something that no other technique does,” he says. “You’re basically fishing a wacky rig, but you can fish it at any depth you want to. It stays very vertical and it has a lot of resistance and I think that draws fish from a long way away. Unlike a dropshot or a shaky-head, when you pop that rod tip, that Neko rig has another fish-luring characteristic that I think separates it from the other techniques."

Totally sold on the Neko’s ability, Elite pro Mike Iaconelli puts it this way: “The Neko rig is one of the next big things in finesse fishing. Ten years ago, everyone had a wacky-rigged soft stick bait tied on. Now, it’s holding true with the Neko. You almost can’t walk past an Elite boat these days that does not have a Neko tied on.”

Iaconelli will also keep the old wacky in close reach, but here’s his take on the differences: “The deeper and more vertical the situation, the more I opt for a Neko rig. The shallower and the more horizontal the environment, the more I lean toward a traditional wacky rig.” 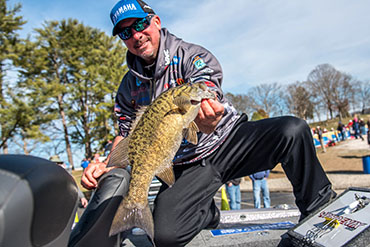 
Elite Series pro Randall Tharp likes the ability to fish vertically with the tugging resistance common to a wacky-style presentation.

“I have a fish tank in the house and a coy pond in the backyard. Since I was a little kid, I’ve watched forage fish – alewives, shiners, darters, chubs, fathead minnows, shad, little yellow perch. They go down to the bottom and they peck and eat off the bottom. The Neko rig’s strength is the mimic of that pecking.”

And don’t overlook the crawfish ruse. A Neko-rigged worm does a good job of impersonating a cranky crustacean locked in the defensive position.

Tharp helped VMC design a weedless Neko hook and he’ll match his bait size to the No. 1 or 2 size tucked under an O-ring. He keeps his bait choice simple with a Zoom Finesse Worm, a Magnum Finesse Worm and a Magnum Trick Worm on lakes like Seminole or Kentucky where bass find larger forage.

“What I like about all of those worms is they have a flat side,” Tharp said. “I always put the hook in that flat side and I think that creates more resistance. When you pull that Neko rig, you’re pulling against the flat side of the worm, which makes that bait stay in one place. I don’t want to pull the bait toward me; I want it to stay in one place and draw the fish to it."

Tharp likes positioning his hook behind the worm’s egg sack in what he calls the “bend point.” This, he says, provides maximum resistance when he twitches his rod.


Here's a look at the three different hook positions Mike Iaconelli uses for the Neko rig.

Iaconelli’s a big fan of the Neko’s presentation diversity — something determined by where he positions the hook along the worm’s linear profile. Here’s his breakdown:

> 3/4 the way down the worm, toward the weight — Creates more tail action.

3/4 the way up the bait toward the tail — Moving the hook farther away from the nail, toward the skinny end, yields a very erratic, backward glide that’s great for sliding under docks. You get less tail movement, but still plenty of pecking motion.

To bolster your Neko Rig success, Iaconelli suggests trying out the new VMC Neko Skirt, essentially a nail weight with a skirt made of living rubber and silicone.

“Now you can add a little flair as that bait sits and pecks,” he said. “A lot of times, you want to peck and then you pause it; so that skirt material flares up a little bit. This give the bait a bigger profile.

“It’s the same thing as putting a feathered treble on your hard bait. When fishing’s tougher, this gives the bait a little more action on its own. It breathes a little bit, and in a situation where I’m trying to imitate a crawfish, this is great because as it pecks, it almost looks like a crawfish flaring up.”

Tharp closes the lesson with this tip: “I always use an O-ring, but I get them at an auto parts store. It’s the same ring, but I can get them in a lot of different sizes. Fitting on a finesse worm requires a much smaller O-ring than something like a Senko, so I can find the sizes I need for the different Neko-rig worms I use.”