Brushing Up: Davis Had One-Track Mind 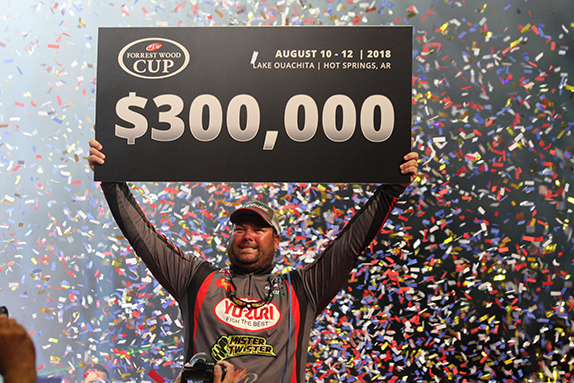 Clent Davis caught the only stringer of 14-plus pounds at the Forrest Wood Cup this year.

Clent Davis’ introduction to Lake Ouachita came eight years ago when Justin Lucas and Cody Meyer, both FLW Tour rookies in 2010, talked him into signing up as a co-angler for the FLW Tour event at Ouachita. At the time, Davis was just finishing his studies at the University of Montevallo, where he competed on the school’s bass fishing team.

On day 1, Davis got paired with local ace Scott Suggs, who’d won the 2007 Forrest Wood Cup at Ouachita. Davis knew he was in for an education and he tried to soak up as much as he could. Suggs wound up finishing 2nd to Brent Ehrler on the pro side while Davis finished 5th, a stellar debut for the then 24-year-old.

“I got a pretty good lesson,” Davis recalled. “I netted his fish all day and got a pretty good idea of how he did it. I have no clue where we fished and never will because he ran me in a million circles around this lake, but I understood that Scott Suggs threw a big worm, a swimbait and a topwater and caught the fire out of ‘em.”

Davis came back to Ouachita for the 2015 Forrest Wood Cup and finished 32nd, fishing largely finesse techniques. After qualifying for this year’s Cup, he committed to fishing the Suggs way – big baits around deep structure. It produced matching 9 1/2-pound stringers each of the first two days, modest totals elsewhere, but just enough to put Davis inside the top 10 entering the final day.

Facing a deficit of nearly 5 pounds on Sunday, Davis remained committed to throwing a foot-long worm in an area littered with brush piles in 22 to 30 feet of water. It was the only way he felt he could make up any ground.

From pre-practice, when Davis scoured the lake for potential hot spots, through pre-tournament practice, when he checked to see which brush piles might be worth fishing, and through the tournament, Davis had a one-track mind: Stay deep and stay patient.

While others burned up miles of shoreline winding buzzbaits and other topwaters before mixing in other tactics later in the day, Davis had a simple formula offshore. He employed a feature on his Lowrance electronics that allowed him to make precise casts around the brush.

In fact, Davis said he met the man responsible for planting the brush that he wound up fishing. The man told Davis he recently put them out to attract fish for the night tournaments he competes in. Davis proved they’re plenty effective during the day, too.

Here are a few more details about how Davis’ offshore game plan produced a historic comeback to give him his first Cup victory.

Davis said crappie fishing as a kid was his first experience targeting brush piles. It’s a technique that he’s incredibly proficient at and that seems to be why he clicks with Ouachita.

It was a challenge from the get-go, though. Davis came to Ouachita for several days before it went off limits. It was oppressively hot, but his focus was to find as much brush in productive depths as he could. Between the waypoints he’d saved from the ’15 Cup and what he found in the course of prepping for this year’s event, he marked more than 1,000 brush piles.

The best ones seemed to be around the Mountain Harbor area in the southwest part of the lake, but it was a chore to coax bites.

“I had a terrible practice,” he said. “The first day of practice I caught two good ones and that’s the area where I won it. It was tough.”

While he could go just about anywhere on the lake and catch spotted bass that likely wouldn’t have helped during the tournament, he deemed that general area consistently better. After catching the two good fish to start official practice, he didn’t come back to it until the tournament started.

“That whole area seemed to be good,” he said. “I probably caught 90 percent of my fish in a half-mile square. The better largemouth I caught and lost were right there. I have no idea why. That area was the only place I was getting bit by largemouth and it was right there. It looked like a prime largemouth spot. It had a lot of grass behind it, just the way the whole deal set up.”

The first two days were a struggle for Davis, but his offshore program produced enough quality fish and his 9-08 on day 1 put him in a tie for 12th place. It was one of those rare occasions where the anglers’ poor-mouthing of a venue wasn’t just a smokescreen.

He lost three key fish to start day 2 and his spirits were starting to deflate, but he rebounded and caught another 9-08 to nab the 10th spot by a single ounce. His big fish that day was caught during a schooling flurry with a walking bait. He also caught a 2-pound keeper on a Ned rig to finish his limit near the end of the day.

“It was pretty unbelievable,” he said.

He left the ramp Sunday morning with a nothing-to-lose attitude. He figured a 15-pound bag could make things interesting if other guys struggled.

“I was going to throw a big worm,” he said. “I love fishing brush and have fun with it so I knew if I caught five I’d have a good bag.” 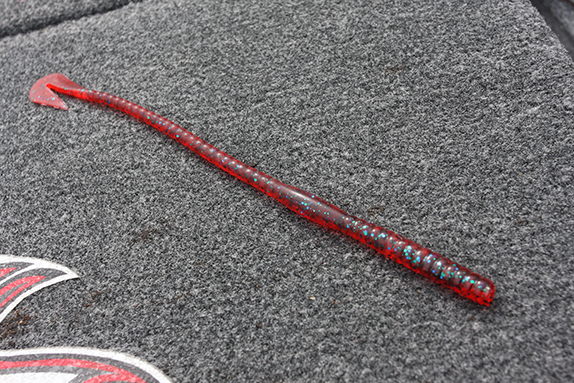 The brush pile that produced Davis’ biggest fish on Sunday morning was one he'd forgotten about. On the final day, it produced his first two keepers – a 2 1/2 and a 5-pounder – and set the stage for his historic comeback.

“I hadn’t fished there since before cut-off,” Davis said. “I graphed that pile in practice. You could see them down there. It was loaded.”

He noticed the deeper brush piles seemed to have more active fish in them on the final day, but wasn’t sure what to attribute that to.

While the rest of the finalists scrapped and scraped for every ounce they could get, Davis was sitting with roughly 15 pounds in his boat when he made a few final casts at a pile of brush where he’d lost several fish during the week. Finally, he connected and got the fish out of the branches. It was a 4-pounder. Even after culling, he didn’t realistically think he would be a threat.

He had a three-phase approach when presenting the 12-inch worm around the brush piles.

“With the worm, I tried to throw left and right and then over the top,” he said. “If you throw over the top first, you usually get hung up, but if you can pull it over the tree and get it to fall down through the branches, you’ll get a bite. That happened twice (Sunday) and they were both 4-plus pounds. It also happened once Saturday and once Friday.”

> With a ticket to next year’s Cup wrapped up Davis is done fishing tournaments this year. It’s part of his new effort to preserve his competitive fire and prevent the burnout scenario that nearly drove him from the sport last year. When the 2019 season gets going, though, he won’t rest on his automatic berth to make sure he gets back to Ouachita.

“I want to be that guy that double qualifies that helps somebody else get in,” he said. “I was that last guy in a couple years ago.”

> Davis made the drive back to Hot Springs from the lake on Sunday by himself. He spent the ride chatting with friend and Elite Series angler Russ Lane, who’d followed the coverage during the day. “I told him if I won the Cup, I’d pay for his deer lease,” Davis said. “So there goes two grand.”

He also promised his cousin all of his fishing rods if he won.

> Main factor in his success – “Being hard-headed.”

> Performance edge – “My electronics. The reason I was able to make consistent casts around that brush is the Point-1 antenna from Lowrance. When you pull up on a brush pile and that arrow is pointing right at it, I was able to hit within six inches of it because of that.” 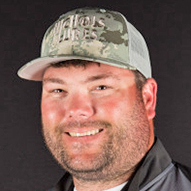