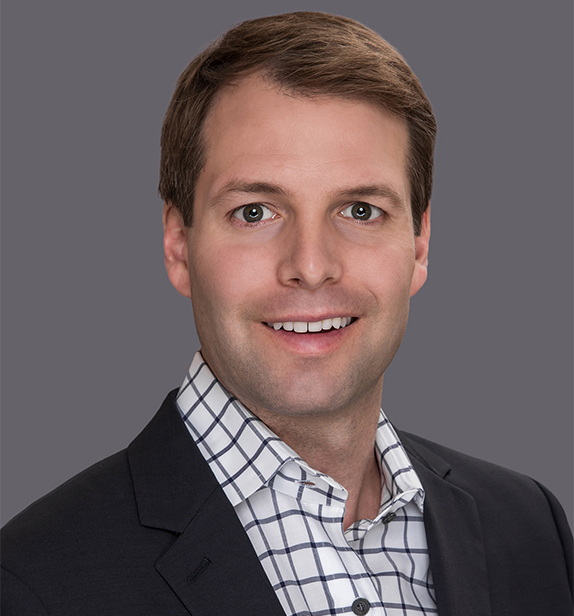 Chase Anderson anticipates a smooth transition as he takes on a larger role with B.A.S.S.

The story behind the Anderson Companies is not much different than the story about the origin of B.A.S.S. Both started with visionary ideas and blossomed into successful enterprises spanning out across the world.

Clyde Anderson was 14 years old in 1917 when he opted to drop out of school and open a newsstand in Florence, Ala., to support his family after his father passed away. Anderson’s idea was spurred by complaints from workers helping construct the Wilson Dam who struggled to find copies of their hometown newspapers. He took a chance and it paid off, much like Ray Scott, whose idea in 1968 to turn bass fishing from a relaxing pastime into a competitive sport with a conservation mindset eventually spawned B.A.S.S.

A century later and now in its fourth generation, the Anderson family is still carrying on Clyde Anderson’s legacy, leading the Anderson Companies, which was as recently as four years ago ranked among the 125 largest private companies in the U.S., according to Forbes. The Anderson Companies have holdings that include more than 100 different businesses, including Books-A-Million and Anderson Merchandisers, which is one of just five companies that handles in-store merchandising for Walmart.

In a twist of fate and irony, the paths of the two entities intersected with last week’s announcement that Anderson Media Corp., part of the Anderson empire, has taken over majority ownership of B.A.S.S., LLC. Anderson had held a minority interest in B.A.S.S. since 2014, but by increasing its stake it becomes the fifth owner in the fishing organization’s nearly 50-year history.

By all accounts, the Andersons are good people to work with. The family has deep roots in Tennessee and Alabama, prime bass fishing territory, and should offer B.A.S.S. long-term stability.

As part of the move, Chase Anderson, a fourth-generation member of the family business who already knows the ins and outs of the B.A.S.S. organization and culture from serving on the board of directors for three years, will soon join B.A.S.S. on a daily basis. Anderson is a 37-year-old married father of one daughter who presently resides in the Plano, Texas, area, where he serves as the chief strategy officer for the Anderson Companies. By year’s end, the Auburn University grad and his family hope to be relocated to Birmingham, Ala., so he can get to work on his family’s latest venture.

BassFan recently conducted a Q&A session via phone with Anderson, who spoke about his involvement with B.A.S.S. as well as the factors that influenced his family’s decision to expand their stake in the company.

BassFan:What does it mean to you and your family to now own a majority stake in what many consider the premier bass fishing organization in the world?
Chase Anderson: Personally, there’s nothing I can imagine wanting to do more. It’s a dream. I’m a fisherman. I became a (B.A.S.S.) member when I was a kid and I remember devouring all of the content. For the business, it’s a great brand. B.A.S.S. will be 50 years old next year and it produces great content and being in an industry that creates such good content and has a three-pronged multimedia approach, it’s exciting.

My family has a media and entertainment background so it’s just a great fit for our family and our investment strategy. We view this as a long-term investment. Our investment philosophy has been to operate companies rather than to make a financial investment. We are more financial operators than we are business investors. We don’t flip companies. For me, I look at it as a career opportunity. It’s really hard for me to curb my enthusiasm about this. It’s exciting for me.

BF:How would you describe the B.A.S.S. audience/consumers?
CA: What I’ve noticed is it’s a very passionate group of people and that includes the fans, sponsors. That’s so attractive from a business standpoint and for me personally. When you have that, it makes for an exciting industry. We want to continue to provide great content and help members and fans become better at what they love to do, which is fish, and help our advertisers reach those people. The previous owners have done a great job and we’re just going to do all we can to continue the positive momentum and support the industry.

BF: What’s your background in bass fishing?
CA: I was born in Knoxville and have deep roots in north Alabama, which is where I really started fishing. I was 6 years old, I think, and my grandfather (Charles) and I dug up some worms on some family land along the Tennessee River and we caught bream and catfish all day. I was hooked from there. I’ve fished around Knoxville – Fort Loudon-Tellico and Douglas, a lot of places (B.A.S.S.) tournaments have been.

BF: You’ve been on the B.A.S.S. board of directors since 2014. Have you been the only Anderson representative and if so, what role have you served in?
CA: I have represented the Anderson Group in that investment and have been an active board member. I’ve been to every Classic since 2014 and have been to at least one Elite Series event a year since then. I will say I have a lot to learn, but I have a pretty good understanding of the higher levels of the business, so I have a good baseline to grow from.

I remember sitting in my first (board) meeting in Little Rock. I was in more of a listening role. When I start learning a business, I’m trying to understand the financial statements and then I ask what drives the financials and people operations. Jim (Copeland), Jerry (McKinnis) and Don (Logan) were already doing a great job and during that first meeting is when (Bassmaster) Live came up. I was there and that’s when Mike (McKinnis) and Jim Sexton pitched the idea and I felt it could be a great thing for the company and industry. I think my endorsement of Live was a big contribution when that came up.

BF: What have been your impressions of the events you’ve attended?
CA: The tournaments are a great environment. I love being there and walking around either during the day, visiting with vendors and at weigh-ins. It’s a great family environment and that goes back to before our investment. I’d told Don about what a good family environment it is. It’s good, clean content and it’s fun.

BF: Can you describe the genesis of your family’s desire to take on an expanded stake in B.A.S.S.?
CA: We’ve known Don Logan for more than 30 years. I can remember Don’s name from as far back as I can remember. I fished with him when I was 19 at his lake and I fished with him several times when I was at Auburn. We’d talk over the years about the sport and industry. When Don worked with Jerry and Jim on buying the company, he said, ‘Maybe someday you could be a part of this.’ I’d see Don four or five times a year so it all goes back to our casual conversations about fishing in general and then more about his involvement in the company. We have such respect for the Logan family and Don and to be a part of something with him, there is not a better business opportunity from our standpoint.

BF: Will you leave your current role with Anderson Companies to focus solely on B.A.S.S.?
CA: Yes. We will be moving from the Plano/Dallas area. I’ve been the chief strategy officer for Anderson Companies, where I managed a team when I first started before moving into more of a strategic role. I think there will be still an opportunity for me to help at the strategic level.

BF: When do you anticipate getting to Birmingham full-time?
CA: As soon as we can. We’re currently looking for a house and working on selling our house in Dallas, so hopefully within the next 8 weeks. I’m excited about getting back to Alabama.

BF: Do you already have established relationships with the B.A.S.S. staff? If so, do you think that will ease your transition into a more visible daily role?
CA: Yes, I’ve worked with most of our employees and staff from Eric (Lopez) and his team and Angie (Thompson) and her team and the sales group. I’ve also worked with JM (Outdoors), too, so I probably won’t be a new face to most. It’s a great group of people to work with in both offices. It’s a great atmosphere and I’m looking forward to being part of the team and part of the group that leads the company forward.

BF: Your family has a long history of entrepreneurship – what are some valuable lessons and values you’ve learned from working alongside your father and other family members?
CA: We’ve been really fortunate. Our company is close to 100 years old and it started when Clyde Anderson opened a newsstand when his dad died. It’s been a lot of hard work, for sure. One thing I can’t stress enough is surrounding yourself with good people. My dad told me businesses are not successful unless you have good people around you. We believe in relationships and while we understand technology is growing and we embrace it, we believe in putting good people together and building those relationships. Also, it’s about respect for your customers, which are the anglers, and our competitors. We believe in doing business the right way and we do our best to honor our word.

BF: What excites you the most about B.A.S.S. from a business perspective?
CA: First, I’m driven by my passion for the sport and industry. It’s hard to overemphasize that. It’s a great brand and niche, but it’s a very passionate group of people around the country that love this sport. We have outstanding content from our editorial team and anglers. We work together to create the content and have a strong, three-pronged approach to deliver that content, either through print, Internet and television. When you have a strong brand and content and a great way to reach a passionate audience, it makes for a great business opportunity.

BF: Do any Anderson companies have ties in the sports industry – traditional or niche?
CA:Mostly football, but not in the outdoor world. My cousin is a little jealous of me because he’s a big hunter and fisherman. Our family has some recreational land in different areas that we use to hunt and fish. My dad and uncle played (football) at the University of Tennessee and I have a cousin, Keaton, who plays for Alabama. We’re proud of him. He plays safety and starts on special teams – he calls the play when Alabama punts.