BACK
Back To Elites?

Ever-Optimistic Hartley Has Shot At Requalifying 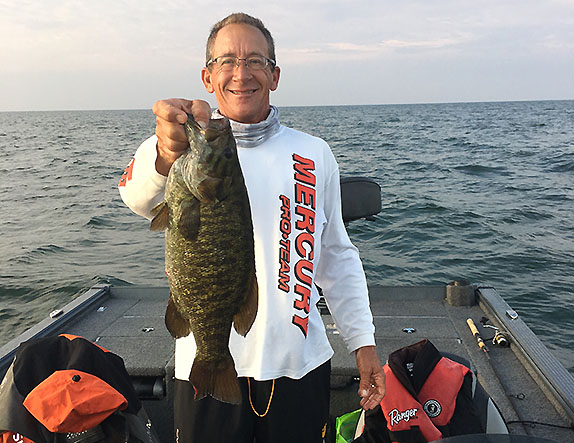 Charlie Hartley has had finishes of 100th place or below in four of six Bassmaster Opens this year, but he's notched his two best showings in the same division.

Charlie Hartley is competing in all nine Bassmaster Opens this year in a quest to return to the Elite Series. Six of those tournaments are in the books, and he's stunk it up (placed 100th or lower) in four of them.

Fortunately for him, the two solid outings he's had were in the same division. After finishes of 27th at Table Rock Lake and 35th at the Sabine River, he sits at No. 9 in the Central Division Angler of the Year (AOY) race. Better still, three of the eight anglers in front of him are pre-qualified Elite pros, which effectively places him 6th – just one slot away from a 2018 Elite invitation – with one tournament to go.

The 53-year-old Ohioan is optimistic about everything that has anything to do with fishing and he's thrilled to have a crack at returning to B.A.S.S.' top circuit. He fished the Elite Series from its inception in 2006 through the 2015 campaign, when he was relegated out after a 103rd-place finish in the points.

Nonetheless, his present situation calls for a bit of caution. He was in a similar situation 2 years ago and could've avoided relegation with a decent showing in the final Southern Open at Georgia's Lake Seminole, but he posted a 95th to tumble far out of Elite contention (the top 5 in the final points standings are guaranteed slots, and pre-qualified Elite pros are discounted).

He's buoyed, however, by the fact that his make-or-break derby this year is at Oklahoma's Grand Lake instead of the much more fickle Seminole.

"I'm not getting my hopes up too high, but Seminole was a much more temperamental fishery than good ol' Grand," he said. "There were lots of heroes and zeroes in that tournament and it was a total crapshoot. Guys were running way up the river just trying to catch a little limit of shoal bass.

"I'd like to think that my game is a little more suited for Grand."

Life as a non-Elite has turned out to be a little easier than Hartley anticipated.

"I'd be lying if I said that the last 2 years haven't been pretty nice," he said. "I thought when I got cut that I was going to be like a lost soul, but when I'm home I fish (local) tournaments on Tuesday, Wednesday and Thursday nights, plus I get out in my flats boat a little more. Last month, (wife) Tracey and I went up to the Finger Lakes (in New York) and fished.

"After not requalifying, I went through a lot of emotions. I still had the passion and I still loved bass fishing and I was so proud to be on the Elite Series, but I wasn't improving. I was in a rut and my place in the standings continually declined.

"I was taking that privilege for granted," he continued. "Most people don't realize how fragile it is to be an Elite. I thought I could stay up there and that I was putting enough toward it that I shouldn't have dropped out. Well, obviously not – there is another gear there."

He said he's learned some things about what it takes to excel at the sport's top level over the past 2 seasons by religiously tuning in to the Bassmaster Live! online broadcasts during on tournament days.

"I've watched every minute of it, and that's so valuable for someone like me," he said. "We really don't have any coaches in this sport, but now I can watch guys like Kevin VanDam in action and see how they do things. I've got a thirst for fishing knowledge that's never been quenched and for me, that's the real deal."

Hartley will spend a lot of time at Grand leading up to the final Central Open, which takes place Oct. 5-7. However, his stay will be interrupted – after a week of pre-practice at Grand, he'll make the 600-mile trip to Jasper, Ala. for the final Southern Open at Smith Lake. That tournament occurs the week prior to the Grand event.

"I never considered dropping out because you don't know when you're going to win one and make the Classic," said Hartley, who did just that last year to gain a berth in this year's Classic at Lake Conroe, where he finished 37th. "Even if I requalify for the Elites, that doesn't mean I'm ever going to go to the Classic again.

"I think if I had to pick, I'd rather go to another Classic, but I'd be more proud to requalify for the Elites. It certainly would be some validation for me if I made it back and gave myself a couple years and really focused on my performance."

There's another avenue within the sport that's opened to him recently, but he doesn't want to travel down it.

"I was the emcee for the West Virginia Bass Festival, which is a 30-year-old tournament that I fished when I was younger. I was told I was very good at it and I do have the gift of gab. I got invitations to go emcee at many other tournaments.

"I thanked them, but I had to tell them no. I want to be a pro, not an emcee. I don't want to be talking about the tournament, I want to be in it." 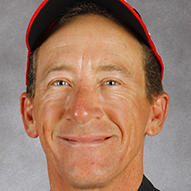