California Rookies Anxious To Get Started 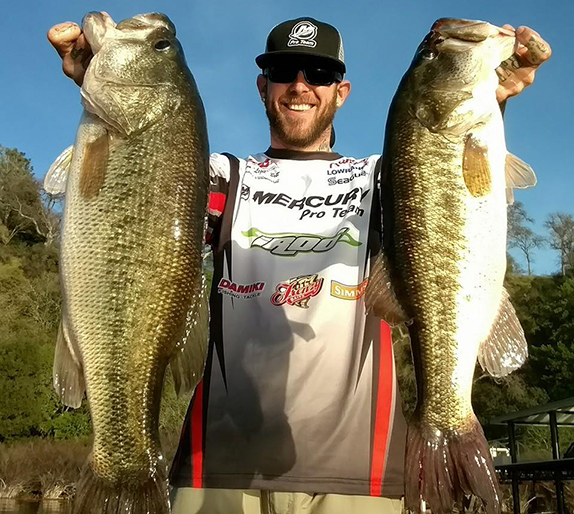 Aaron Britt is fired up to make his FLW Tour debut next month.

(Editor’s note: This is part 1 of a two-part series introducing the six California anglers who will be rookies on the FLW Tour in 2017. Also, in observance of the Martin Luther King Jr. holiday on Monday, a new First Cast story will not appear until Tuesday, Jan. 17.)

When browsing the 2017 FLW Tour roster upon its release earlier this week, it became apparent that you couldn’t swing a dropshot weight around without hitting a competitor with a California address. That hasn’t been the case in several years.

The number of Golden Staters on the Tour has nearly quadrupled from a year ago with the addition of six rookies for the upcoming season. They’ll join established pros Cody Meyer and Jimmy Reese – one of the newcomers will travel with Meyer and Reese – to give California a strong representation at the Tour level with eight competitors. As BassFans know, California has long been a source of anglers who’ve achieved great success at the pro level and, who knows, this new crop just might include the next West Coast star.

Three of the rookies – Aaron Britt, Wade Curtiss and Jim Moulton – have Western FLW Series wins to their credit within the last 4 years while Billy Hines is coming off a year that saw him compete as a Tour co-angler in three events and also win the Team of the Year award with former Elite Series pro Greg Gutierrez in the California Division of the Wild West Bass Trail.

Keith Bryan, the president of Powell Rods and former spotted bass world-record holder, is also making his Tour debut, as is Chris Gosselaar, a relative newcomer to the sport who spent 15 years competing as a professional motocross racer.

For the past year, Britt has been earning extra money guiding at Clear Lake, Bullard’s Bar and Lake Berryessa – some of the best big-fish lakes in the nation.

This year, he’s hoping to make his living competing against some of the best anglers in the world. The 30-year-old, who says he thrives on adrenaline, thinks he’s up for it.

“It stems from being a kid again and being able to efficiently and successfully do this,” he said. “I’ve never really had a real job and there's this pure passion that just drives me. Fishing around in California for the past 5 or 6 years has been fun. The camaraderie with the guys is great, but I feel like I need and want more. I want to make a name for myself. I think my ability speaks for itself so I want to get out there and do it. I love everything about tournament angling.

“I’ve been guiding and I love to teach people, but the competitive side is something I need to feed.”

His expectations won’t change despite a significant step up in competition.

“No matter where I’m at, I expect to and want to win, but reasonably I want to make a couple cuts – a Top 10 would be awesome,” he said. “I just want to compete at a high level. The last thing you want is to travel that far and get your butt kicked. I want to show I can hang with these guys. I always set my expectations very, very high. It’s like in golf – a guy can hit a 7-iron to 15 feet of the hole and to your buddy that’s a great shot, but to someone else, that’s not good enough. I want to be able to hit it closer every time.”

He says he’s looking forward to fishing Guntersville, another lake with a big-fish reputation, to start the season along with the Mississippi River. Most of all, he’s anxious to see how he measures up against stiff competition. 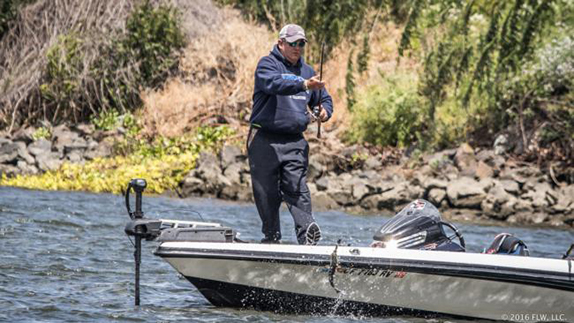 
Having the opportunity to fish venues he hasn't before is what has Keith Bryan looking forward to competing on the FLW Tour.

“I’ve worked my entire life to get to where I’m at and I’m looking forward to competing against the best in the world and hopefully showing my ability and seeing where I lie with these guys,” he said.

Bryan has no designs on challenging for Angler of the Year in 2017, but the industry veteran is hoping to use the season as a means to scratch his undying competitive itch and possibly forge new business relationships on behalf of Powell Rods.

“I’ve worked for this company for 20 years, so I’ve paid my dues sitting behind a computer screen and going out and meeting dealers and distributors. I have a great office staff here that won’t miss a beat while I’m away. I wanted to get out and shake it up a little bit.”

He will prepare to fish to win each event, but Bryan’s goal for the season is modest.

“My goal is to cash one check out of seven events,” he said. “I think that’s realistic.”

Bryan said he’s most looking forward to finding out how he performs at lakes he’s not been to before. He’s anxious to see what Guntersville is like and also Lake Travis, as it may resemble some western fisheries.

“I’m looking forward to the test for myself to see how I can do at places I’ve never been,” he said. “Two, to get to meet as many people as I can. I want to be able to talk up our brand and let them put a face with the company name.”

Aside from the challenges he expects the fishing to present, Bryan knows the travel will be an adjust for his family.

“I’ll be gone for the first 3 weeks of the season,” he said. “That’ll be a test because I’m not gone that much as it is.”

Now or Never For Hines

Hines turned 50 in December and he figured there was no better time than now to move up to the Tour level. He figures the schedule, with several new fisheries, could serve to level the playing field as opposed to other years that have been heavy on repeat venues. 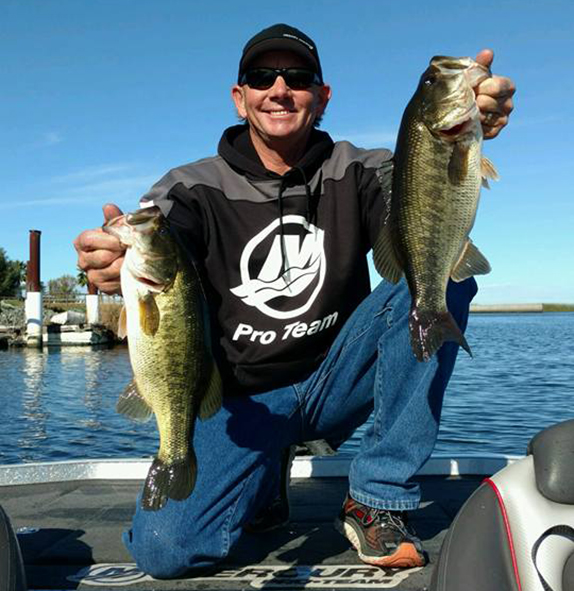 
For years, Billy Hines has yearned to compete at the top level of the sport.

“This has always been my plan and goal when I started fishing,” he said. “I wanted to make it to the Tour or Elite Series. Over the years, I’ve raced motorcycles and won national championships in that. As with everything I do, I always set goals. I raced nationals and winning was a bonus.

“I love going to different lakes and seeing different places. I look forward to the competition and how everything will shake out and what the weather will bring and how tough it’ll be. I don’t want it to be a slugfest every event. I want to have to earn it.”

He’d been planning to register for the Tour, but when he won a random drawing for a new Ranger boat at last year’s Forrest Wood Cup, he took that as a sign that he was on the right track.

He has set a goal of earning a check in each event. He knows it’s ambitious, considering he’ll be one of 30 rookies in the field.

“I’m trying to make a mark,” he said. “I don’t want to be that guy in 130th every week and feel like I wasn’t ready for this. … I think I have what it takes to hang with these guys. I’ve had lots of help getting here. I’ve been very blessed.”

Indeed, he’s close with Mark Tucker and his pairing with Gutierrez has allowed him to tap into his knowledge and experience. He’ll also benefit from traveling with Meyer and Reese this season.

With the season opener less than a month away, he knows his success will depend on one simple thing.

“Focus,” he says. “If you lose focus, it’ll be hard to catch fish. It’ll be a success if I qualify for the Cup.”