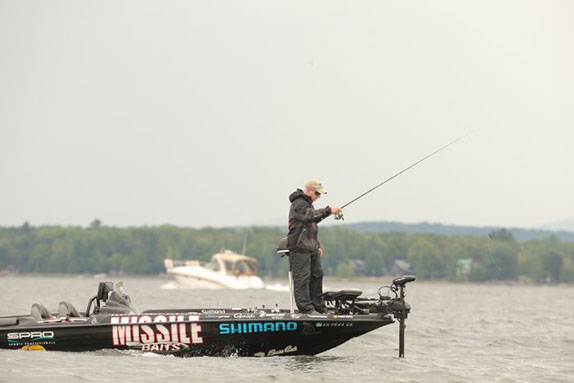 Ed Loughran III has had a busy schedule both on the water and in the courtroom this fall.

Ed Loughran isn't sure that he deserves to occupy the position he's in. Nonetheless, he'll do his best to capitalize on it.

The 50-year-old from Richmond, Va. is tied with Chad Pipkens for 41st place in the Bassmaster Angler of the Year race with one tournament to go – next week's Texas Fest at Lake Fork. The Top 40 on the final list will qualify for the 2021 Bassmaster Classic.

"I think I could've fished a whole lot better this year; I've had some bad events and I really don't think I should be where I am," he said. "I've put myself here, though, and that's the way it is. If I make (the Classic), I'll be very excited and somewhat relieved – it's basically been a dream of mine for 37 years."

This is just his second year on the Elite Series, but his history with high-level Bassmaster events dates all the way back to 1993, when he competed in several of the now-defunct Invitationals. Then he left the sport for a decade and a half, pursuing several business avenues before obtaining a law degree and going into practice as a civil litigation attorney.

Balancing a coronavirus-altered Elite schedule that includes four events in six weeks with a bulging caseload has kept him really busy this fall. For example, after his 9th-place finish at Lake Chickamauga 2 weeks ago, he left Dayton, Tenn. at about 7 p.m. that Sunday and drove 5 hours to John Crews' place in Salem, Va., where he slept for 3 hours. Then he drove the last 3 hours home, put on a coat and tie and was in court at 9 a.m. on Monday.

He's not complaining, though.

"I do like what I do – the variety is enjoyable for me, existing in these two different worlds," he said. "As a fisherman, I've never been a guy who lived and died on one body of water; I love the travel and the challenge of different things.

"In law, there's something different coming through the door all the time and just this week I got something new that I've never dealt with and never even heard of. That's why it's called 'practicing' law, because you never stop learning. That's one thing that kind of parallels with fishing."

Loughran's finishes this year have been all over the standings sheet. Four placements of 55th or lower have been offset by two Top-10s (he was a career-best 6th at Lake Champlain in addition to his single-digit showing at Chickamauga), along with a 28th and a 30th.

His performance at Champlain was gratifying, but also tinged with a dose of frustration. He has a cousin who lives on the lake and his extended family had planned a gathering for the event.

"A lot of people were coming up and they were going to drive to the weigh-ins by boat, but it all got torpedoed because of COVID. That was unbelievably disappointing when I did so well."

He was 30th in the following derby at St. Clair, where his highlight was catching a 6-05 smallmouth that took big-bass honors for the event (earning him an additional $1,000). He's been on a bit of a roll with oversized bites recently – he caught a 7 1/2-pounder on day 1 at Lake Guntersville and a 6 1/2 on his third cast with a frog at Chickamauga.

"Historically I don't catch a ton of big fish, so that's been a little bit of an anomaly," he said. "Now my problem is I can't seem to catch a limit anymore. I've got to get that balance back – keep catching the big ones, but having decent limits to go with them."

"I think anybody who's in my position and says they don't feel any pressure would be lying, but I'm just going to go out and do my thing," he said. "The points are in a relatively weird state because there's a big jump from 39th to 38th (Shane LeHew leads Brad Whatley by 13), so it might be like 15 people fighting for two spots.

"Fork will probably suit me pretty well the way it's going to be fishing and because of that I feel like I have a decent shot of making it. There should be a decent shallow bite and I don't know how much the deep stuff is going to play, so I'll go with my strengths – moving baits in shallow water is something I really like.

"Of course," he concluded, "finding one or two deep places with fish on them could change the whole plan." 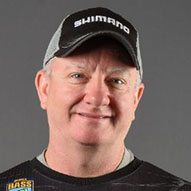