BACK
'Wouldn't Be Fair' 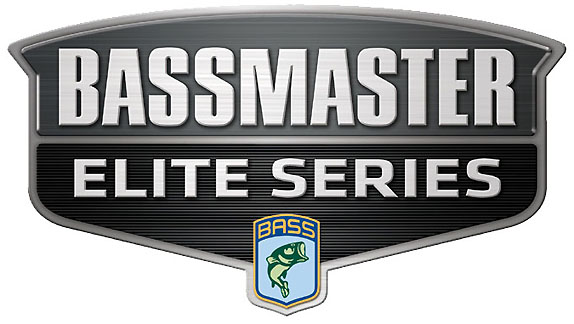 The Potomac River Bassmaster Elite Series event scheduled for this summer will not take place if B.A.S.S. is forced to operate under the "slot" regulation regarding fish-length requirements imposed last week by the Maryland Department of Natural Resources, B.A.S.S. CEO Bruce Akin said in a statement released to BassFan.

"Although we understand Maryland DNR’s desire to address a decline in the bass fisheries of the Potomac and Chesapeake Bay, obviously we could not conduct an Elite event on waters where anglers cannot weigh in the fish they catch," Akin said. "That would not be fair to the anglers, the fans, the hosts or the sportfishing community."

The new regulation, which was mandated without stakeholder discussion or any prior warning, limits anglers participating in tournaments on the Potomac and upper Chesapeeake between June 16 and Oct. 31 to possession of only one bass in excess of 15 inches. The Elite event, set for Aug. 11-14, falls directly in the middle of that timeframe.

“The way the rule is written right now, guys will be fishing for four 14 3/4-inch fish and one big one," said B.A.S.S. Conservation Director Gene Gilliland. "The Elite Series would have to adhere to the current regulations unless the DNR makes some changes.

“From what I’m hearing, a lot of organizations are upset with this, but I think there will be continued discussion with the DNR on this and they’ll come up with a counterproposal. It’s not a done deal as far as we’re concerned. We’re waiting to find out from the DNR where things are going to fall on this.”

Added Scott Sewell, the longtime conservation director of the Maryland B.A.S.S. Nation: “It’s ill conceived with no input from the real world. I’m very disappointed that they didn’t even give us a phone call to ask for our input. We would’ve said it’s just not workable.

“I fully expect this thing to be withdrawn,” he continued. “If they stand by this, I will be shocked.”

There's no disputing the fact that the Potomac bass fishery has declined precipitously over the past half-decade. Massive development projects along the banks of the river, combined with some severe storms that have struck the area around the nation's capital, are frequently blamed for wiping out much of the aquatic grass that was considered essential to its health.

Fish weighing more than 3 pounds are much harder to come by than they were 5 years ago. The Maryland DNR has taken steps (such as an enhanced stocking program) in an attempt to rectify the situation and return the fishery to its former glory.

"The concept the DNR is concerned with is the bass population on the Potomac River and Chesapeake Bay has gotten to a sad state," Gilliland said. "There’s been poor recruitment and year to year, there haven’t been good, consistent spawns of young fish. 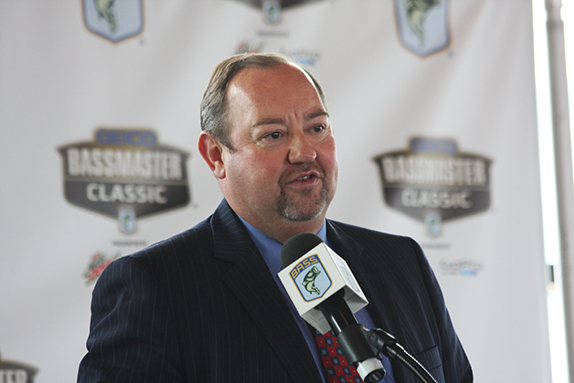 
B.A.S.S. CEO Bruce Akin said that conducting and Elite Series event under a slot regulation would be unfair to anglers and fans.

“They’ve done studies on how fish get displaced from one area to another and what they’re trying to address with these regulations is protecting those adult spawning fish that are a little more rare. Some incarnation of that may be a necessary evil that tournament anglers may have to deal with.”

But unlike previous regulation changes, which were enacted via a process that included input from the public, this one came out of the blue. Maryland tournament directors found out about it on Tuesday in a letter from Joe Love, the DNR's tidal bass manager.

It applies to tournaments for which the permitting process has not been finalized, and the Elite event, although it was scheduled months ago, falls into that category.

"We envision this to be temporary," Love said in a subsequent phone interview. "We have a problem with the Potomac fishery and we're seeing some signs of recovery, and we're hoping to speed that along so we can get back to having a fishery that people want to fish.

"We've lost some tournaments recently and part, if not all of that, has been due to the poor performance of the fishery."

Love noted in the letter that the slot regulation was approved by Maryland Secretary of Resources Mark J. Belton. But in the wake of public furor, Belton and other higher-ups within the department are reconsidering the action.

Love is in the process of collecting feedback and sending it up the chain of command. He said he told Gilliland that he'll get back to B.A.S.S. with an answer within the next couple of weeks – hopefully sooner.

"We know that if (the regulation is enforced), the Elite Series won't come here," he said in the phone interview. "We're considering that, as well as the concerns of the other tournament directors.

"I'm a little gun-shy about saying what's going to ultimately happen – I can't comment on that because I just don't know. But I can say this story is not finished yet."

BassFan asked B.A.S.S. in an email what the organization's options were if the regulation is not changed and the tournament doesn't occur as scheduled. A B.A.S.S. communications official replied that back-up arrangements have been discussed, but would not be divulged at this time.