BACK
Top 10 To Watch

Contenders Must Be Willing To Move, Adapt 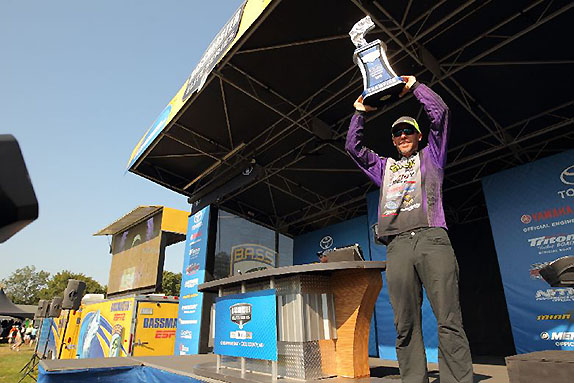 Aaron Martens will try to carry the momentum of one of the greatest professional seasons ever into this year's Bassmaster Classic.

Some of the previous 10 Bassmaster Classics that took place in the late winter/early spring transformed from pre-spawn to spawn-based events during the course of the competition. The 2012 derby at Louisiana's Red River, won by Chris Lane, is a prime example.

This year's version at Grand Lake in Oklahoma will take place 2 calendar weeks later, but that's offset by the considerably higher latitude. Most of the fish were still in the winter phase when practice concluded on Wednesday, but they'll soon transition to pre-spawn, and that could occur before the end of the weekend.

Enticing bites from bass in chilly, muddy water is rarely easy, and those who tune in to Bassmaster Live on any of the 3 competition days are unlikely to see their favorites boating fish after fish. Six to 10 bites over the course of an 8-hour day would be deemed acceptable by most of the field, and those who can convert that many chances will probably end up with a sack that scales in the mid-teens, at least, as most of the fish that are currently cooperating are thick and healthy.

Catching sacks of that caliber from the same place while doing the same thing day after day probably won't happen, however. Although massive wads of fish could be graphed in practice, they weren't ready to eat as of mid-week. The ones willing to inhale a bait were often scattered and not hanging out in the same locale from one day to the next.

Most of the eager eaters were inhabiting water that's 6 feet deep or less, and if anything changed on the off day on Thursday, it was probably a move to that range by more of the piscatorial population. Even if such a migration didn't occur, the shallows will be where most of the action takes place, as much of the lake is still too stained from the winter's massive rain accumulation to be conducive to deeper-water tactics.

With the above factors in mind, here are BassFan's Top 10 to Watch for the 46th edition of the sport's premier event.

1. Aaron Martens – The runaway Angler of the Year from 2015 is arguably fishing as well as any competitor ever has and he had one practice day that he termed "phenomenal." He thinks he's dialed into how the bigger specimens can be caught and believes he's pinned down multiple places that they're inhabiting. A definite threat to achieve his long-awaited initial Classic victory. 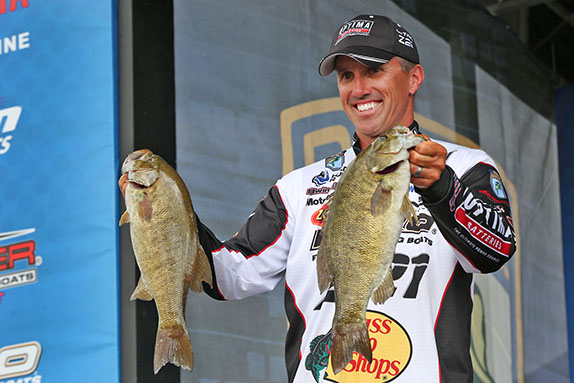 
Edwin Evers is one of several prominent Oklahomans who may or may not have a "local advantage."

2. Edwin Evers – Some say the advantage of the "locals" has been reduced this week by the water's dinginess, while others claim that the conditions have increased their edge. In any event, almost everybody expects Double-E to fare well. If he develops the right pattern, he'll know lots of places where he can run it.

3. Kevin VanDam – The four-time Classic champion, who's never prone to hyperbole, says his confidence is "up there pretty good." The conditions seem to favor guys who fish fast and cover water, and that's him in a nutshell. He's as likely as anyone to put together 3 consecutive strong sacks.

4. Jason Christie – It would be a big surprise if Christie doesn't end up in the Top 10, but he'll have some distractions to overcome if he's to claim the top prize. He's sure to draw a beehive's worth of spectator boats with the chamber of commerce weather. He's not the type to shirk a challenge, though, and his vast experience (and success) on the venue should be more of a boon than a hindrance.

5. Bill Lowen – He's one of the best dirty-water fishermen in the game and he had a superb practice in the vicinity of the Pensacola Dam, where the water is presently the most turbid. If his program doesn't fall apart due to some unforeseen environmental factor, look for him to be in the hunt come Sunday.

6. Brandon Palaniuk – He's already logged a couple of high Classic finishes in his still-young career (including a runner-up at Grand in 2013) and he seems destined to win one of these sooner rather than later. He said Thursday that he feels like he knows what he needs to do to win, but he's not exactly sure where to do it. If he comes up with the second part of that equation, watch out. 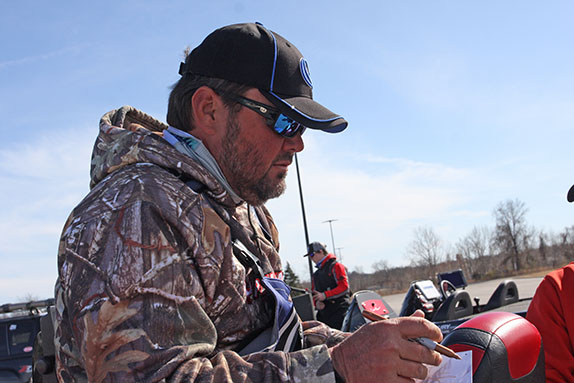 
Greg Hackney could become the first angler to win all four of the sport's major titles.

7. James Elam – The third member of the Oklahoma contingent with a lot of eyes on him doesn't possess the overall experience level of Evers or Christie, but he was red-hot to conclude 2015 and his practice gave him the notion that he can keep the momentum going. He's convinced he can make the right day-to-day adjustments.

8. Jacob Powroznik – He was in the hunt for the title in his initial Classic last year and might be primed for another run at the big prize with a jig pattern in deeper water than most of the field is fishing. If he gets off to a good start, he's the type who can keep the ball rolling.

9. Greg Hackney – He wasn't thrilled with his practice and said his fortunes could swing either way, but this is a guy who tends to excel when a lot of fish are up near dry ground and the water is off-color. He's a sentimental pick because he has a chance to become the first two win all four of the sport's major titles (he's already captured the Forrest Wood Cup and AOY titles on both circuits).

10. Mike Iaconelli – He has a knack for coming up with his own program to deal with challenging conditions, and he got enough quality bites in practice to make him think he's on the right track here. He knows he can't be thinking about his fifth bite until he's gotten his first and second and will have the patience to maximize any pattern he develops.