BACK
Been A Whirlwind Classic Reign

Ashley Likes That Grand Is Mostly An Unknown 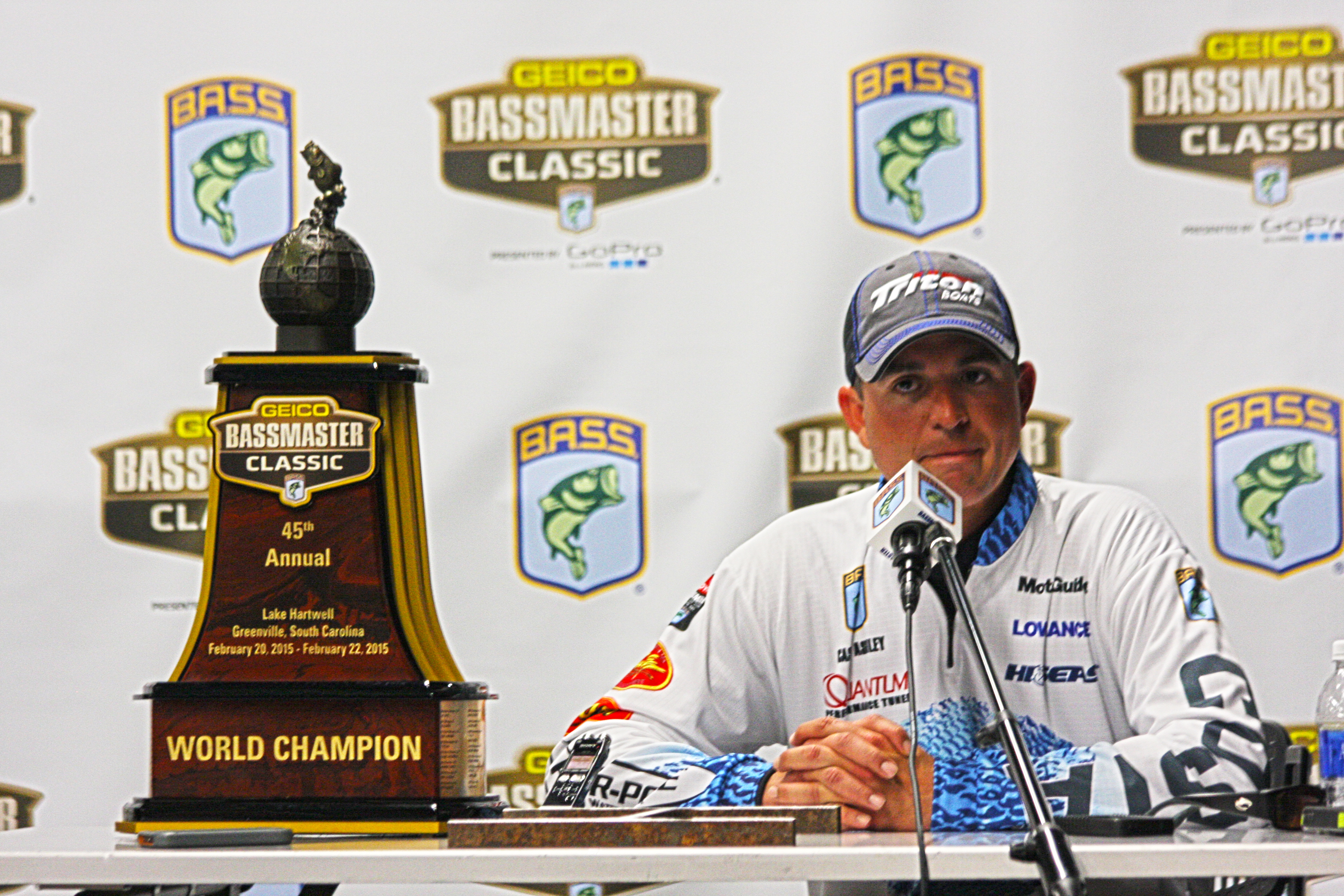 Casey Ashley says his Classic win resulted in a hectic schedule for the past year, but he doesn't mind it one bit.

Since the end of the Bassmaster Elite Series regular season last August, Casey Ashley figures he’s spent fewer than 10 days on any body of water with a rod and reel in his hands.

Just this past Monday, he wet a line on Lake Hartwell for the first time since capturing the Bassmaster Classic title there 347 days ago. He’d done some video work on the lake a couple weeks ago, but he hadn’t intentionally made a cast until this week.

“It’s been warm here and the water’s still warm,” he said. “They’re biting. The dumb ones are up shallow and biting. I was just excited to get to go fishing.”

To say it’s been a busy offseason for the reigning Classic champ would be an understatement. It’s been an adjustment for the South Carolina native, who refers to himself as a “homebody.”

“It has been a roller coaster ride for sure,” Ashley said, “and it’s still going. You really find out how valuable your time is now – what time you do have for yourself.”

He said the most hectic portion of the offseason is mostly behind him, but he still has a boat show to be at this weekend and a trip to Florida planned for next week before he can start to sharpen his focus on the Elite Series season ahead.

“I’d like to fish, but you have to do what you have to do,” he said. “I’ll get going soon on things once I get squared away with all of this travel.”

Ashley’s turn as Classic champ has allowed him to have opportunities he likely wouldn’t have had otherwise. While there’s been more demands on his time, “There’s been a lot of cool stuff,” he said. “For me, it’s more about being around people that you normally wouldn’t.”

Being able to put faces with names and interacting with fans he normally wouldn’t have been among the highlights.

“You try to make the best of it,” he said. “Knowing as busy as you are and as aggravated as you get sometimes, you know it’s not going to last forever. It’s been good.”

And while he probably wouldn’t mind a repeat victory at Grand Lake next month, Ashley sounds ready to pass the torch.

“At the Classic this year, one of two things will happen,” he said. “Either I’ll win it or I’ll get to hand (the trophy) off to the next sucker. I’m going to say with the biggest grin, ‘Here you go, buddy. You have no idea what you just did.’

“Everybody sits there and wants to win it. You’re thinking about what you’d do as the winner and going to the champion’s toast and all that. It’s like, ‘Man, one of these days.’ Then it happens to you and it’s like, ‘Oh, the things that you find out.’”

The momentum from his Classic win didn’t carry Ashley through last year’s Elite Series schedule. He cashed a check at the Sabine River in the season opener, then bombed at Lake Guntersville (111th) and was 92nd at the Sacramento River, two big-bass factories that put him in scramble mode for the rest of the season. He wound up finishing 64th in Angler of the Year points.

“Any time I see Guntersville on our schedule, I hate it,” he said. “That place has always been a thorn in my side. I tend do well when it’s cold or in the fall, but I do not like that place. The number one deal to me is I like to fish by myself. I don’t like crowds or being around anyone – locals or other Elite guys. I don’t even want to see anybody. There I always wind up trying to find something to myself and it never happens.”

The rest of the season was a mix of highs (7th at Lake Havasu followed by a 6th at the Toyota Texas Bass Classic) and lows (82nd at BASSFest, 90th at Chesapeake Bay).

“It was pretty much like my life was – a roller coaster,” he said. “Either it was really good or really bad and the bad ones happened more often than the good ones. I never could get my mind going last year. I’d have a good tournament and it’d feel like, ‘Here we go.’ Then at the next one the same old stuff would happen. I struggled to get something going and when I did it didn’t last.

“I remember in 2014, when I fished both circuits, if I needed a bite, most times it was a 4- or 5-pounder. Last year, if I needed one, I couldn’t catch a keeper. I can’t put a finger on it or single anything out. I just couldn’t get it going. It’s not like I fished any different because I fish the same way all the time.”

Ashley said he visited Grand Lake the week before Christmas to do some scouting. He didn’t compete in the 2013 Classic there so he wanted to get a feel for how the lake would set up for a late winter event. Like others who went at that time, he found the lake 6 or 7 feet higher than normal and very muddy.

“I learned nothing,” he said.

Which means when he returns for the 3-day practice period the week before the Classic, he’ll feel like he’s seeing the lake for the first time again.

“I have no idea what to expect,” he said. “That’s the best way that I like to fish. From what I understand, it got 17 feet high. It’s getting back to normal, but it’s a muddy mess. That said, when people came to Hartwell, the weather was what I wanted so if the whole lake’s muddy anyone can win it. That levels the field. That’s a good thing.”

> Ashley said Blakemore is now producing the under-spin jighead he used during the Classic last year and the model he used will be sold under the name Casey’s Classic Runner. It will available in major tackle retailers shortly. “They held the patent on it, but I didn’t want anything changed about the one I had,” Ashley said. “I wanted it to be exactly the same.”

> He also picked up Livingston Lures as a hard bait sponsor. 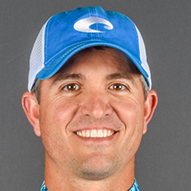