BACK
Was First Out Of Elites

Dove Switches His Program Over To FLW Tour 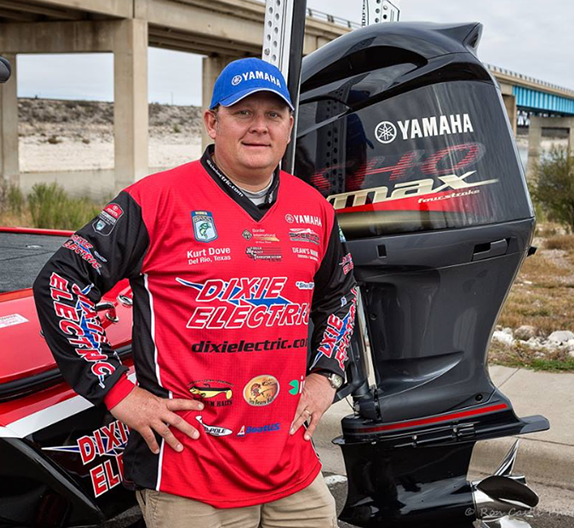 Kurt Dove will fish his first season on the FLW Tour in 2016 after two separate 3-year stints on the Bassmaster Elite Series.

Professional bass fishing would be a losing proposition for Kurt Dove – and the vast majority of the other competitors in the game today – if the bottom line were all about checks cashed vs. entry fees paid. Even making the money cut in half the events each year will leave an angler's season-ending ledger bathed in red ink once expenses are factored in.

Dove has developed a combo program to make his status as a pro pay off in places other than the weigh-in stage. He's become quite adept at selling himself to potential sponsors, offering them exposure not just on tournament days, but also through show appearances, instructional seminars, his guiding business at Lake Amistad and his Bass Edge radio podcasts.

He's secured several large non-endemic deals in recent years, including one with fast-food giant Burger King. Dixie Electric, his wrap sponsor in 2015, has merged with a larger company called Expanse Energy Solutions, and that firm's signage will adorn his boat this week in the FLW Tour opener at Lake Okeechobee.

He also has a non-endemic deal with Mesilla Valley Transportation, a trucking logistics company.

"There are so many things an angler has to do to make a living – you can't be focused on just tournament fishing," he said. "The key is being diversified and being able to facilitate programs that companies are going to want to be a part of."

When asked if feels like he's become an expert in the sponsorship-acquisition arena, though, he's hesitant to go that far.

"I'd like to say yes, but sometimes I feel like I get fortunate," he said. "It's kind of like fishing – if you can get the train rolling and get some momentum, you can keep it going for awhile.

"I think I do understand what a sponsor's needs and desires are in order to get the train moving, and then to flow pretty well with it. You've always got to be living in the moment and looking ahead, though, because you don't know where the next step is going to take you."

Dove competed on the Bassmaster Elite Series for the first three seasons of the circuit's existence (2006-08). He then took a 4-year hiatus in the wake of the country's economic downturn before re-qualifying via the Opens and returning for another 3-year stint beginning in 2013.

B.A.S.S. relegated some low-performing anglers out of the Elite field this year for the first time ever (there had been plans to do so in the past, but those didn't come to fruition). When all the dust had settled concerning new qualifiers and medical exemptions, Dove, who finished 85th in last year's points race, was atop the list of those who were on the outside looking in.

The last Elite berth to be settled was the one earmarked for the B.A.S.S. Nation. Dove thought he might've gotten a reprieve when Nation Championship winner Albert Collins declined, but then learned that the divisional winners would also get a crack at it. The bid was eventually accepted by Maryland's Fabian Rodriguez.

"It was tough hanging out there on a limb, not sure where I was headed," he said. "That creates some marketing problems – what is my platform, how many impressions am I going to be able to deliver, where are the events I'm going to be fishing? That's the biggest challenge for a guy in my position.

"When you've been with an organization for awhile, you get into a rhythm and you kind of know the process. B.A.S.S. and FLW are quite a bit different – the audiences are similar, yet separated. You've got some B.A.S.S. followers and you've got some FLW followers.

"My platforms are designed to provide for my partners in pro bass fishing, and some prefer one organization vs. another in certain circumstances," he continued. "But only inside the industry is that really a factor. The organizations affiliate themselves with those companies, whether it be B.A.S.S., FLW or (Major League Fishing). Because they have those affiliations, those companies invest strongly in the guys who fish the organizations they sponsor."

Dove primed himself for his FLW Tour debut with a trip to Mexico last week that along with fellow Del Rio, Texas resident and Bass Fishing Hall-of-Famer Denny Brauer. They fished lakes El Salto and Comodero and caught numerous bruisers.

The biggest one Dove put in the boat weighed 8-10.

"We caught so many fish, and now I'm ready to go catch some in Florida," he said. "Comodero is somewhat similar to Okeechobee and we got on a fantastic flipping bite in heavy cover.

"After a trip like that, your confidence level is pretty high." 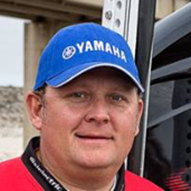