BACK
Set For FLW Tour Debut 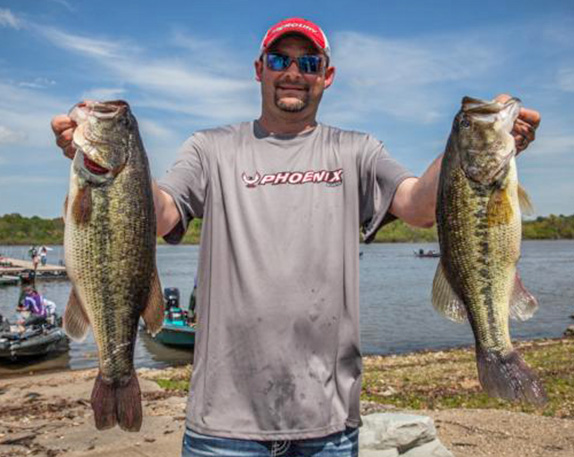 Bradley Hallman hopes to carry his momentum from the 2015 FLW Series over to the FLW Tour this year.

A lot was happening in Bradley Hallmans life the last time he competed at the top level of bass tournaments.

He was part of the initial Bassmaster Elite Series field in 2006 and stuck with it through the 2011 season, but toward the end of his six-year stint, he admits his heart wasnt in it as much as it shouldve been.

So home he went, and now hes ready to be back. A decade after his first go-around as a tour pro, Hallman will be a newcomer to the FLW Tour this season.

Hallman says his urge to return to the top level of competition isnt derived from anything other than he simply missed it.

Its not like Ive had some sort of resurgence or anything, he said. I just missed it.

This time around, Im 10 years older than when I started the last time, he added. Ive been fishing at some level my whole life, but now I feel like I have more maturity. I know Im never going to be Kevin VanDam or Jason Christie or Edwin Evers, but that doesnt mean I dont love to fish at a high level. This is just an avenue that suits me right now.

At this time last year, Hallman was hopeful hed gain entry into the FLW Tour for 2015. However, with FLW instituting stricter qualification criteria, his name was placed on a waiting list and wasnt part of the field to start the season. He got a call to compete at Beaver Lake, but he ultimately declined it as he figured his time and energy at that point of the season would be better spent focused on the Central and Texas divisions of the FLW Series.

He knew finishing among the Top 10 in points in either division would assure him a spot on Tour for this year so thats what he did. He won the Grand Lake Central FLW Series, then took 2nd in the Lake Texoma event in the Texas Division.

The two times I got them inside the Oklahoma border, he said with a chuckle.

In the six FLW Series events, he cashed five checks and finished 6th in points in the Texas Division and 7th in the Centrals.

He likes the flexibility the six-tournament FLW Tour schedule allows him versus the travel-heavy Elite Series schedule.

Aside from being more mature, Hallman feels like the area hes growth the most since his Elite Series days is his mental toughness.

Im a lot more mentally stronger than I was, he said. As anglers, we can all skip a jig and make the same cast and bomb a crankbait, but the biggest thing at that level is mental strength. Also, whats helped me has been the time off. Being away makes me hungrier. I know I have to be prepared for anything. I can finish 120th at the first three events, but I have to keep my head down and keep working.

Hallman isnt all that concerned about going up against a field of up to 160 competitors  he says itll be similar to some FLW Series tournaments hes competed in.

All the lakes are good sized and Ive gone up against fields that size before so I dont myself having a problem with it, he said. Whats extreme is the day-2 cut to the Top 20. Thatll take some getting used to, but thats how its always been.

His goals for the season are simple and shouldnt complicate his strategy.

My goal is honestly to have a good time, he said. I realize there are a lot of people out there who dont get the opportunity to do what were doing. Thats something that after a few years on tour we tend to forget because we get caught up in our everyday struggles.

Hed also like to qualify for the Cup and he hopes previous experience at places like Kentucky Lake and Lake Champlain will help him achieve that.

I dont think its too lofty a goal for someone whos fished as long as I have, he added.

Hallman said hes also looking forward to competing against some new and old faces, some of which have switched over from the Elite Series since he departed.

Im excited, he said. A lot of guys over there Ive fished against at some level. I know a lot of them and Im looking forward to seeing some old friends that I havent seen in a long time. 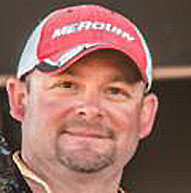