BACK
Seminole Sealed It 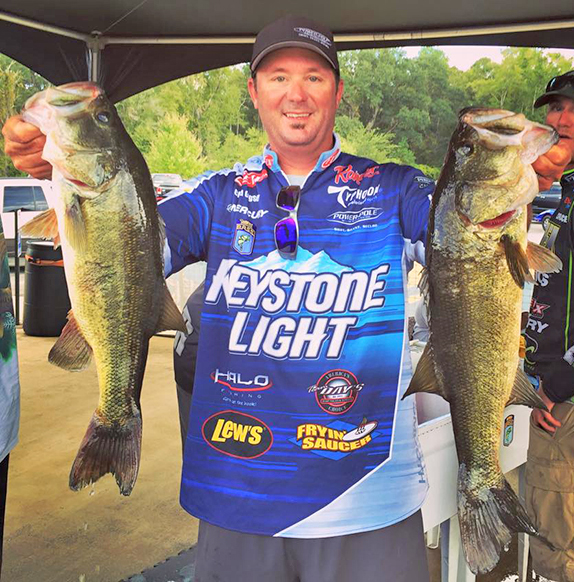 Chad Grigsby used a 3rd-place finish at the Lake Seminole Southern Open to sew up an invitation to the Elite Series for 2016.

Chad Grigsby is ready to look ahead, excited about it actually. That hadn’t always been the case during recent years competing on the FLW Tour.

Calling the last few seasons “a rut,” Grigsby is quite anxious to turn the page in his fishing career. He’ll get that opportunity next year when he makes his Elite Series debut after earning an invitation following his strong season in the Southern Division of the Bassmaster Opens.

After closing the year with a 3rd-place finish at the Lake Seminole Southern Open, Grigsby wound up 8th in the Southern Division points and with two Elite Series-qualified competitors (Bobby Lane and Gerald Swindle) finishing ahead of him, that left him 6th in line to get an invitation to next year’s Elite Series. B.A.S.S. extends invites to the Top 5 finishers who aren’t already qualified for the Elite Series, but when Trevor Fitzgerald, who finished 2nd in points, declined his ticket, Grigsby was next in line – and he was more than eager to accept.

“However it worked out, I was next in line,” he said. “I was kind of surprised, but not shocked. I made it clear I was interested.

“I think this is going to be huge. Not that I wasn’t motivated when fishing the Tour, but it was stagnant. At the end of the year, it was fun again. The last couple of years haven’t been much fun. After 13 years, I think I needed a change. I may stink (next year), but who knows. I don’t plan on stinking.”

The opportunity couldn’t come at a better time for Grigsby, who is confident he’ll have the backing of title sponsor Keystone Light.

“It’s great,” he said. “That was the goal at the beginning of the year – to make the Elites. I thought I blew it at Toho (in January). I can count two fish that I thought would cost me. There was a 3 1/2-pounder at Toho on day 2 that left me in 50th. All year, I thought about that fish. If I catch that one, I’d probably move up 20 spots because in the Opens, when you’re fishing for the Elites, it’s all about points.

“At the Alabama River on day 2, I only had 2 for 7-12 and lost one right at the boat. I knew that fish would’ve put me in the Top 12. I finished 16th there, but just those two fish were in the back of my head I was worried they would cost me. Luckily, I got 3rd at the last one to get me enough points. It feels great to get the invite because at first I thought I came up short.”

It’s a real boost for the Minnesota resident, who has trended downward since winning the 2011 Kentucky Lake FLW Tour.

“I just got in a rut,” he said. “It’s the same old thing all the time and that’s why I think this will be good. I don’t care what happened last year or the year before that. I’m looking forward.”

While some competitors came away from the final Southern Open lamenting how challenging the fishing was at Lake Seminole, Grigsby found himself in his comfort zone. He relishes the opportunities to fish grass lakes and his solid track record in Florida gave him confidence heading into the season finale.

“It was tough, but that’s what I wanted,” he said. “The way it all played out was perfect for me.”

He was outside the Top 10 in points going into the tournament, so he was more focused on possibly winning the event, clinching a Classic berth and seeing where the points shook out.

It was that last portion of the final day that made all the difference for him. With only two fish in the boat and an hour left to fish, he came to the end of a stretch of grass and noticed where it started to scatter out. He picked up a walking topwater bait and filled out his limit with a 6-pounder, a 4-pounder and a squeaker to get to 15 pounds.

“It was even better that it was tough,” he said. “I like that better. From daylight to dark in practice, I’d get maybe six or seven bites. You don’t know (the quality) because I didn’t set the hook, but it was just enough to keep me going.

“I had 15 or 20 waypoints with grass everywhere and there’d be an edge and you might fish it and not get bit, but come back and catch one 3 hours later. It was just tough enough to like it, but it was a grind.”

While it may have been a while since he competed against the likes of Kevin VanDam and Aaron Martens, both of whom fished the FLW Tour before moving to B.A.S.S. full time, he feels like he’s well suited to take on the competition the Elite Series figures to present. The field continues to get stronger as more anglers make the transition from the FLW Tour.

“I’ve been doing this for so long that I’ve competed against 90 percent of those guys,” he said. “They all fished FLW at some point so it’s not like I haven’t already competed against them. It’s not that I feel like it’ll be stiffer competition, but one thing I don’t have to do is fish against Andy Morgan and Bryan Thrift. Now it’s VanDam and (Jason) Christie and those guys.

"It’s still bass fishing. I still have to figure the fish out and see what I can do. They may call me a rookie, but I’ve been around for 14 years.”

He even joked that he’s looking forward to fishing against his dad, a reference to the constant questions he gets about whether he’s related to Elite Series veteran Shaw Grigsby. The two, in reality, are not related.

Grigsby’s ties to FLW were well-known to those inside the fishing industry. His wife, Bridget, is an attorney and she served as an FLW marketing executive for several years before leaving the company in early 2014. Grigsby always felt that as long as his wife was employed by FLW that he needed to show his loyalty and not compete in B.A.S.S. events.

“I’ve never fished B.A.S.S. before because my wife worked for FLW and if I did that it would just look bad and I didn’t want her to look bad,” he said. “To us as fishermen, it’s just another tournament, but I just never fished them for that reason. Last year, she got a new job and I figured I’d get a new job, too.”

Rather than re-hash another see-saw FLW Tour season, Grigsby said he’d rather focus on what 2016 may hold for him.

He’s excited for the opportunity to fish different bodies of water, including the Mississippi River in La Crosse, Wis., not far from where he resides in Maple Grove, Minn. B.A.S.S. also recently announced that Mille Lacs Lake, the famed Minnesota smallmouth fishery, will be the host for next year’s Angler of the Year Championship.

“I’ve never had a national tournament closer than 9 hours from my house,” Grigsby said. “Now I have two within 2 hours. That’s good timing, I’d say.”

The rest of the Elite Series schedule is intriguing to him because “it’s not three on the Tennessee River and Beaver Lake,” he added. “That’s what I’m excited about. Some of the places may be tough, but I like those kinds of challenges.” 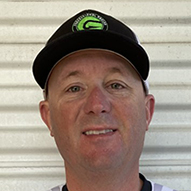