BACK
Right There For All 4 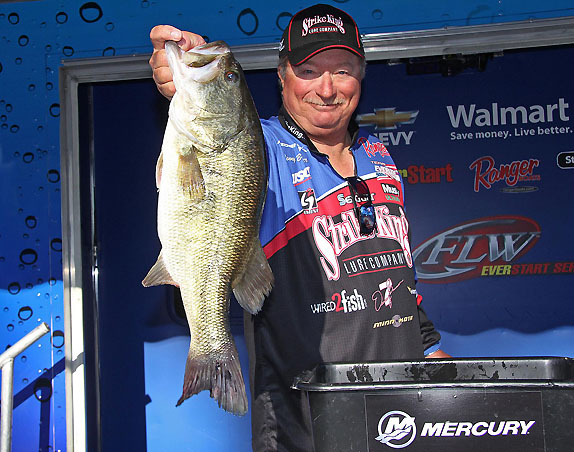 Denny Brauer knows a thing or two about tournament anglers getting on hot streaks and riding that momentum for extended lengths of time. Few have ever sizzled like he did in 1998, when he put together a run of four victories in five Bassmaster Tour events (including the Classic at North Carolina's High Rock Lake).

So, what does the Bass Fishing Hall of Famer think of the feat that fellow Del Rio, Texas resident Ray Hanselman pulled off this year (winning all three Texas Rayovacs and then capturing last week's series championship on the Ohio River)? Does such an amazing streak in the triple-A ranks compare favorably to the one he put together 17 years ago, or any of the other tour-level periods of dominance?

"There haven't been many runs like that – it's kind of unprecedented," Brauer said of Hanselman's clean sweep. "It's a tremendous accomplishment.

"The major tours get most of the publicity, as they justifiably should, but those were certainly no slouch events. After fishing all that stuff for years and years and years, and now fishing the Rayovacs, I can tell you that the competition level really isn't much different. There were a lot of good anglers from both (major) tours fishing the events that Ray won.

"What he did was very prestigious."

Brauer, who competed in all four events that Hanselman won and logged Top-10 finishes in three of them, said the latter has both the right background and the proper makeup to succeed in high-level tournament fishing. The two have become acquainted over the last several years since Brauer's relocation to Del Rio from his native Missouri, but they've yet to fish together – a fact that Brauer laments.

"He's a fabulous guide at Amistad and he knows that lake better than anybody," he said. "I think all top-tier anglers are pretty well-prepared equipment-wise and all have the physical casting ability, so across the board those things cancel themselves out.

"What separates them is the mental side, and winning a tournament gives you an extra boost – you tend to make better decisions and go with your instincts even more. With all the guiding Ray does, he has great instincts and he's able to make the right adjustments." 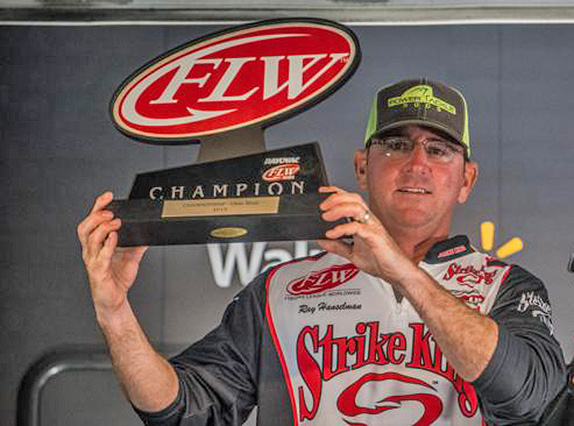 
Brauer ways that versatility and open-mindedness might be Hanselman's greatest strengths as an angler.

As for the power of positive momentum, Brauer is quite familiar with the concept. He had a front-row seat to watch Hanselman take full advantage of his own good mojo.

"Once your confidence rises and you learn to win, it becomes easier to win in the future each subsequent time you're in that position. Ray prepared well for each event, executed his game plans, kept his head on his shoulders and was fortunate that he didn't have anything bad happen.

"There are so many variables you can't control, like the weather or somebody else getting on the same fish you're on. At Texoma, he had that creek all to himself, and it could've been a situation where there were 10 other boats in there and none of them finish higher than 40th place. It takes the right combination of things to get on a roll like that."

Brauer said that from what he can tell, versatility and open-mindedness might be Hanselman's greatest strengths as a competitive angler.

"He uses different techniques in a variety of water colors at Amistad, and I think he's also helped by the fact that he's caught so many big fish," he said. "Coming from a fishery like that, he's got a firm belief in power-fishing and he's able to take that to other places and apply it."

He said Hanselman unquestionably has the tools to succeed at the sport's highest level, but he wouldn't necessarily advise him to go that route unless he was certain it was something Hanselman badly wanted.

"I'm sure he'd like to roll the dice and see how he'd fare, but everybody's got their own comfort level and a certain lifestyle they enjoy, and all the hours and days on the road can create a nightmare for a guy who wants to be with his family. The tours can look like they're a lot of glamor and this and that, but there's a lot more that goes into that type of existence.

"If he asked me for advice, I think I'd probably tell him to keep doing what he's doing. He seems to be living an awful good life right now."