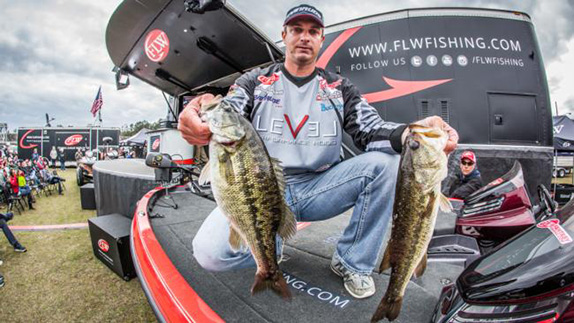 Anthony Gagliardi had a solid season on the heels of his Forrest Wood Cup win in 2014.

So how does a recent Forrest Wood Cup champion gauge what a successful season is just one year after his career-defining achievement?

Some may think Anthony Gagliardi’s idea of a successful tournament season may have gotten skewed after he won the Cup in dramatic fashion to cap off his 2014 season.

He’s been around long enough to realize that that was a rare opportunity in which the stars aligned in his favor at his home lake for a 4-day period. He wasn’t so naďve to think anything short of another Cup triumph would be deemed a failure. He knew it would be hard to win at a game of “Can You Top This?” during the 2015 FLW Tour season.

He held his own by posting two Top-20 finishes and finishing 16th in points, his best showing since 2009, all the while handling the duties that come with being the reigning Cup champ and trying to get his new rod company off the ground.

“It was successful,” he said. “I had a pretty good year. When you end a year like I did (in 2014) and I think this is true for anyone after an Angler of the Year or Cup win, the biggest thing was to make sure I didn’t have a let down.

“It’s the same as football where a team comes off a big win they let off gas after that emotional high and then has a letdown against a team they shouldn’t lose to. I wanted to have the same focus and have a great year and I felt like I did that for the most part. I had a couple tournaments that got away from me, but I still wanted to finish as high as I could.”

Looking back, he was mostly pleased with how his year as the reigning Cup champion played out.

“I didn’t put much thought into what I expected it to be, but it was good,” he said. “I guess I could’ve used it to my advantage more in certain ways, but I’m pleased with how the year went.”

Gagliardi’s 2015 season featured far less drama than his 2014 campaign did and that was just fine with him. He didn’t have to overcome a season-opening disqualification to ultimately qualify for the Cup and he didn’t have to deal with the pressure of having to perform at his home lake in the biggest event on the schedule. It was just another season for the South Carolina native.

But it didn’t start how he wanted it to after a 71st-place finish at the Lake Toho FLW Tour.

“I wasn’t on a whole lot, but I was around big fish,” he said. “I caught a 9-pounder on day 1 and lost one jut about that size on day 2. That fish would’ve put me in the (top-20) cut. Just one fish made a huge different in points.

“At the time, I felt like I’d lost some momentum. I was looking to get off to a good start and I’d had a good day 1, then came in with five little ones.”

He rebounded with his best three-tournament stretch of the season, posting a 15th at Smith Lake, a 31st Beaver Lake and a 14th-place result at Lake Eufaula, to get himself firmly inside the Cup cutoff.

“Smith was a good tournament,” he said. “I caught a lot of fish and had a good practice. It was one of those where I felt like I’d be bummed if I didn’t make the cut. Sometimes you make it and you’re not on the fish to do it. I was on fish to make the cut there and I was mostly catching spawners. At Eufaula, I probably came out better than my practice afforded me to.”

At Ouachita, he was able to fish a way that he’s good at – targeting schooling fish – but once the tournament started, his execution wasn’t what he needed it to be.

“I felt good going into the Cup,” he said. “It was one of those deals that didn’t go right for me, though. I fished a pattern and technique that I wanted to and was around good fish. It was one of those scenarios that if I had to fish it 10 more times, I’d make the cut eight of those times.”

His 14th-place finish in the Northern Division of the Bassmaster Open was the sore spot this season. He’d wanted to qualify for the Elite Series to have a different option to consider for 2016. After a 51st-place finish at the James River, he took 2nd at Oneida Lake before falling out of Elite Series contention with a 62nd at Lake Erie last month.

“I wanted to have a shot to have the opportunity to fish something else, but that didn’t go as I’d hoped,” he said.

Gagliardi said he’s often thought about what it would be like to own his company inside the fishing industry. He’s getting that chance now with Level Fishing Rods.

Featuring rods that are built to his exact specifications, Level is the result of Gagliardi’s desire to try something new and his association with Batson Enterprises, a rod component company that came aboard as a sponsor two years ago.

“I’d thought about things like this but never took initiative other than to just think about it,” he said. “I have a friend in industry who pitched me idea before I won the Cup and it seemed like fun and could provide me an opportunity to make some extra money.” 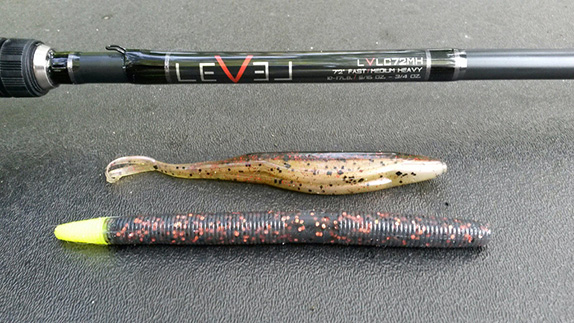 Gagliardi gave the project the green light and Level was born before his Cup triumph at Lake Murray.

He spent some time at Batson’s facility in Washington last year and learned more about blank material and guide trains and the whole rod-building process. While it keeps him in the fishing frame of mind, it also gives him a chance to put his college degree (mechanical engineering) to work as well.

“I’ve been taking my time with it, but I’m having fun with it,” he said. “With my engineering background, it’s been cool to me playing around with the science part of the whole process.”

There are currently nine models in the Level product lineup – Gagliardi doesn’t do the building himself – they’re built in Texas – but he does have inventory at his house so he’s able to fill orders as they come in.

“I have learned how to build them because it was important for me to know how to build them from start to finish,” he said, “to see how diff components affected performance. That way I knew what made sense. When all was said and done I have rods right where I want them.”

When he missed the day-3 cut at the Cup this year – he finished 23rd at Lake Ouachita – he had to work the Expo, but he made the most of it by talking to fans about his new creations.

“I’ve had fun with it,” he said. “Working the show at the Cup is fun, but having something that was mine made a difference this year.”

“I understand it will take a while to get off the ground, but it’s not my sole source of income,” he said. “I can take my time with it. I’m not in any rush. I think I can get it set up where it will be a long-term success. Quality wise, they will sustain themselves because they are a high-quality rod for the price I’m selling for.” 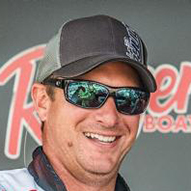