BACK
Confident Wins Will Come 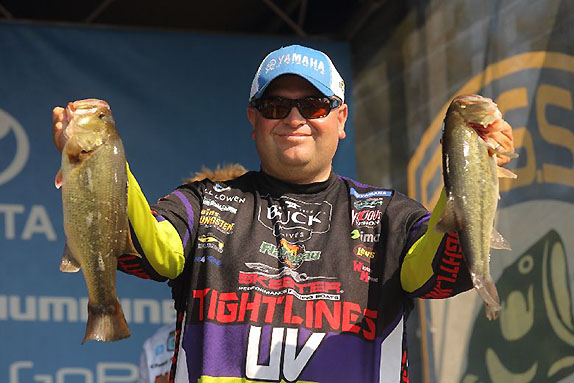 Bill Lowen used a runner-up finish at the Chesapeake Bay as the cornerstone of another consistent season.

As tournament seasons go, Bill Lowen had in 2015 what he’s come to refer to as “just another Bill Lowen season.”

He’s hardly complaining and it would be difficult for him to garner much sympathy among his peers after a 15th-place finish in Elite Series Angler of the Year points and a sixth straight berth in the Bassmaster Classic.

“I’ll take them like that every single year,” he said. “I’m not complaining. I only had one hiccup at Kentucky Lake.”

Aside from the 88th-place finish at BASSFest, he missed just one other check (57th at the Sabine River) and closed the season with Top-20 finishes in two of the final three tournaments, including a runner-up showing at the Chesapeake Bay.

He was one of a handful of competitors to post money finishes in both West Coast tournaments and that gave him a shot of momentum heading into the second half of the year.

“It’s always a boost to catch them and get paid,” he said. “Fishing out there kind of fits my style with all of that shallow flipping. It was right at home even on Havasu, which a lot of think is just a deep, clear lake. There are plenty of shallow fish there and that’s what I did. That was another event where I felt like I had a shot. I lost a lot of key fish and that crushed me.”

Still, he headed into the offseason feeling good about his performance – he also secured a spot at next year’s Toyota Texas Bass Classic – and he’s not fretting about when his first Elite Series win is going to come.

“I’m not losing sleep because I haven’t won one,” he said. “I know some guys get so hung up and it plays mind games with them. I like to think that I’m known as one of the most consistent guys out there. I was born and raised on the Ohio River, where it’s all about getting a bite. Out here, it’s the same thing. I don’t seem to have trouble catching limits or making cuts, but it’s all about finding bigger fish and being in the hunt. If I keep making Classics and get myself in position, my time will come eventually.”

No Regrets at Chesapeake

Lowen was 24th in points heading to Chesapeake Bay, but he knew a stumble there or at Lake St. Clair could spell doom for his Classic chances. He didn’t take a scouting trip to the tidal fishery, but he quizzed a friend who lives nearby and his advice was to stay on or around the Susquehanna Flats and wait it out.

“The stuff I wound up fishing I found on my own,” Lowen said. “I never spent time on the Flats and that was a good call because nobody fished out there and nobody caught them out there.”

The only thing he’d do different would be to start day 1 on what turned out to be his spot over the final 3 days of the tournament.

“I probably could’ve caught 15 to 18 pounds, but I thought I could catch them decent in others area,” he said. “I did everything I was supposed to do and it didn’t work out.”

He went into the final day in 2nd place, nearly 5 pounds behind Aaron Martens, who’d led from the start. Still, Lowen felt strongly about the area he’d found and the pattern he was on.

“You never know if you’re on the winning fish,” he said, “but I had enough bites in practice here and I knew other guys were struggling that I thought it would set up well.”

Ultimately, a freak 7-pounder Martens caught from underneath a sailboat dock on the final day did him in. That fish denied Lowen a shot at his first Elite Series win.

“Aaron was on them good,” Lowen said. “When he catches a 7, what am I supposed to do? Of course, it had to be in the year where he couldn’t do anything wrong.”

Rather than dwell on the negative, Lowen basked in knowing he still did enough to beat more than 100 other anglers that week.

“It wasn’t hard to swallow at all,” he said. “The worst part of the whole deal was I had to leave at 2:30 (Sunday) to get to weigh-in and I hadn’t looked at BassTrakk all day because I wanted to fish like I didn’t have a chance. When I sat down to head in, I asked my camera guy how Aaron did and he told me he caught ‘em good.

“It was hard to stomach then, but at the same time I fished and made up the deficit. He did his job, too. Once it was over, I let it go. I’ve learned you can’t beat yourself up over it because it won’t do you any good.”

Typically, Bill Lowen is not among the favorites when the schedule shifts to any of the Tennessee River lakes. While most of his compadres are off shore, scoping out the ledges and other structure, he’s usually tight to the bank or looking for stained water.

At Kentucky Lake, site of this year’s BASSFest, Lowen tried to commit himself to sitting on top of some deeper fish, but they just never fired up for him and he had to scramble shallow to catch what he did. The end result was an 88th-place finish, his worst Elite Series result since taking 98th at Oneida Lake in 2009.

“I don’t have a clue what happened,” he said. “I had three or four schools of deep fish I thought I could catch, but when I went to one of the area area, Micah Frazier and Ish Monroe had been on it.

“I’m not the kind of guy who will pull in and fish with everybody. That probably hurts me, but I’m just not going to play that game. I’d rather zero than pull in on other guys. That was my best school and I think Ish had 14 and Micah had about 20 on the first day.”

Lowen struggled on his back-up spots and wasn’t going to create any drama by going to his best deep spot on day 2.

“I fished deep again until about 1 and didn’t catch squat so I went to the bushes and caught what I caught,” he said. “I went deep again and couldn’t make it happen. It just didn’t work out and that’s the way it goes sometimes.”

> Lowen says he loves how Grand Lake sets up in relation to how he likes to fish in the spring.

“The last time we were there, I had to stop and sit down in practice because I thought I had a legit chance at winning it,” he said, “but then that weather that came in and crushed my deal. I managed a decent finish and I’m excited to go back. I’m just hoping the weather doesn’t do that again because if it goes right, it could go be really good.” 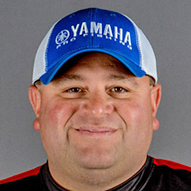